It’s a big release week for games. Even the people under rocks know that games came out this week and people want them. There’s quite a variety as the releases range from alien-domination sims to 8-bit retro action. Also Pokemon, but maybe that’s just my thing. Until my self-started husky-drawn taco delivery wagon idea becomes reality, I had to pick and choose carefully. At with that, let’s hurry up and do some Radio Waves so I can get back to gaming! 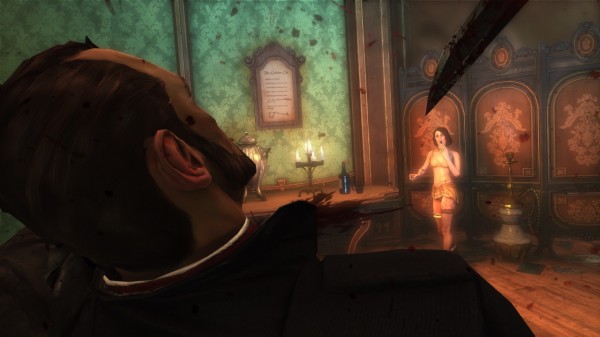 Hold still, you’ve got some red on you.

I just recently wrote about my love/hate relationship with stealth, so it only makes sense that I continue to investigate my true feelings with this week’s new release Dishonored. Developed by Arkane Studios, Dishonored feels like a thoughtful mash-up of sneaking, stabbing and the arcane. It’s in the magic that the stealth mold can be toyed with. Instead of focusing solely on non-player movement patterns and shadows, players can teleport short distances, possess other living things and warp time to navigate through environments full of guards and unruly types who have a strong fascination with making you dead. I always seem to approach stealth in a traditional way, but after an hour of hiding and forgetting I had so many tools at my disposal, I was soon zipping around areas, choking out dudes and putting sleeping bolts into their hindquarters. The next few hours have been amazing for me as I plan out what I want to do and then entertain myself with what actually happens when I inevitably fumble my all-star strategy.

The people in Dishonored also think a lot about whale oil. Like, maybe to an unhealthy degree. Seriously disturbed, people.

With time coming down to the wire to donate, developer Obsidian Entertainment’s Project Eternity is looking to be a real doozy of a role-playing game for fans. Having raised over 2.8 million dollars (which is more than double their original goal of $1.1 million), PE is currently sporting a variety of class types to choose from, companions and a player house. If you aren’t squirming with anticipation yet, then might I suggest a blanket to warm your cold, dead heart? Nah, I get this might not be a thing for everyone, but Obsidian put out Fallout: New Vegas, one of my favorite games of 2010, so I’m hoping for another hit and that earns them my support. 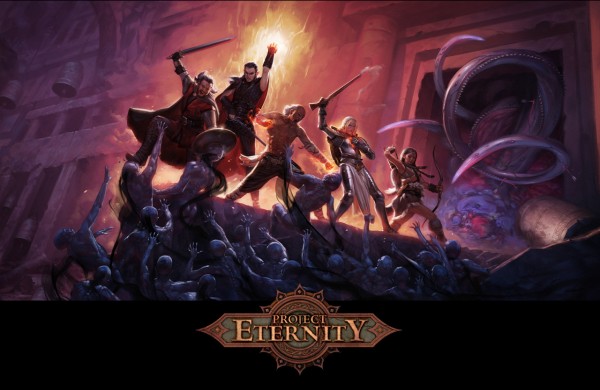 Plus everything about the above image is badass. Simply and wonderfully badass.

Retro City Rampage – Do you like games that can be described as old-school, referential and downright fierce? Then finish reading this and go check out Retro City Rampage on one of many gaming platforms (like PC) that currently exist on the planet right now, you goofball!

Forza Horizon – I’ve tried playing the highly-praised Forza games in the past, but I’m just not much of a car-nut to know about tuning and specs. Imagine my surprise when Forza Horizon promises open world action that should appeal to more of the arcade crowd. How am I supposed to choose between this and Need For Speed: Most Wanted later this month? Life was so much easier yesterday!