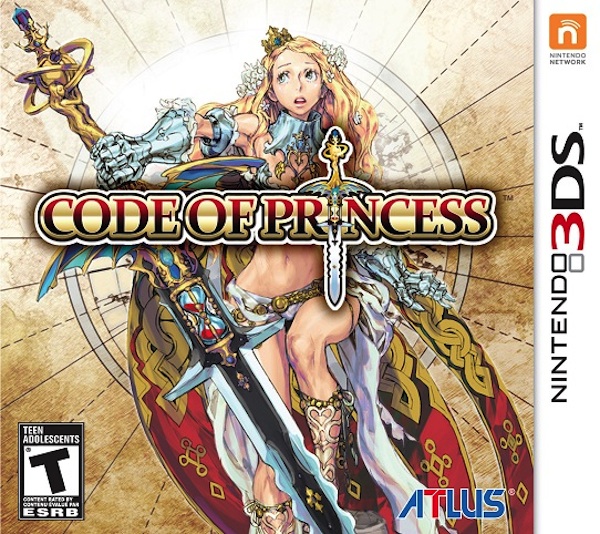 During my search for excuses to finally cave and buy a 3DS, Code of Princess was thrown in my face. However, I never bothered to clarify whether or not it as passed to me as a joke or not. Three judgmental strikes of 1) The game having princess in the title, 2) having a half-naked female hero as the prominent portion of the cover art, 3) the screenshots mistakenly giving me the impression that it was just a fighting game, and I dismissed Code of Princess without a second thought. After watching the latest trailer for Code of Princess though, it may be my system seller: 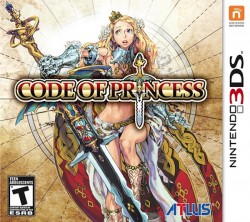 I still feel like my first impression was justifiable.

My biggest mistake was so quickly dismissing an Atlus published game. Atlus has a history of personally surprising me, and had I noticed its logo, I may have forgiven Code of Princess’s more off-putting initial impressions. Now that I’ve taken a bit of time to educate myself I am absolutely intrigued by the possible depth of this brawler/RPG. Read that genre combination again along with the knowledge that Code of Princess has more than 50 characters, 100 quests, and 4 player co-op. It should also be noted that Code of Princess draws its inspiration from Guardian Heroes and members of the development team also worked on that game.

As for the whole “too much princess”-effect that initially shoved me away, if the gameplay holds up I’ll have no problem subjecting myself to the “are you a perv” glances I’m sure to receive when picking this up at my local retailer along with my shiny new 3DS. Then again, maybe that’s what online retailers are for.