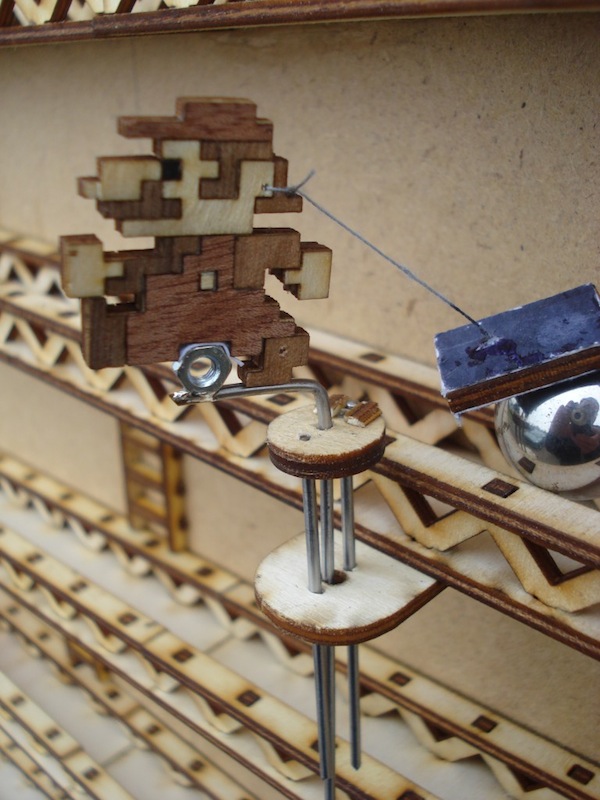 I’ve always been a fan of video games mainly due to them granting players the ability to interact with situations that are impossible to recreate in real life without the use of computer graphics. Apparently, our gaming roots aren’t as far fetched as I give them credit for Martin Raynsford is well on his way to building out a mechanical recreation of the original Donkey Kong:

Ok, maybe it doesn’t play exactly like the video game, but the machine is no less admirable. The aesthetics are there and demonstrates a love not only for the iconic video game itself but for the artists craft as well. I love that it is still controlled by an NES controller. 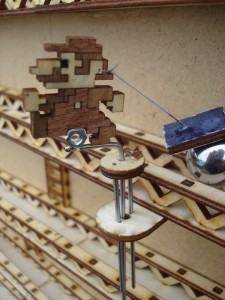 Martin’s blog details  the intricate workings for the machine with additional videos for those of us who geek out on that sort of thing. There are additional photos as well. He is also planning a V2 of the machine that will see through his original plan to have Mario movable horizontally in addition to the existing jump movement.

No word yet on if Twin Galaxies is accepting high score submissions from this version or not.