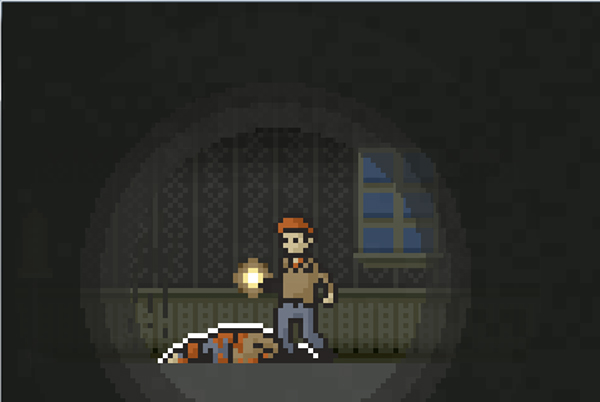 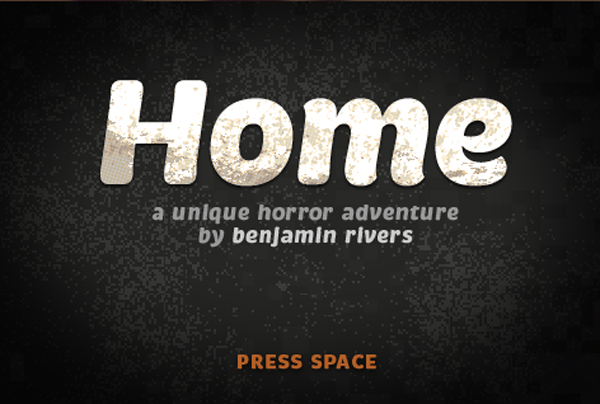 This may end up being one of the more difficult editions of Cheap and Dirty Gamer. A part of that is due to the soreness in my glutes after a triumphant return to physical fitness and the other because Home confused me a bit. I’m not talking about the confusion that comes from a poorly scripted story, more like the confusion that comes from movies like Inception. I appreciate when creators of intellectual property allow me to interpret what I’ve just experienced for myself, but holy cow does it do a number with my brain. Thanks for the jolt to that part  responsible for pondering and stuff of that sort, Benjamin Rivers!

Home is a horror/adventure tale set in a retro styled, pixelated 2D environment where you play as a flashlight-wielding man trying to figure out why he’s suddenly awakened in a house he’s not familiar with. As the story progresses, you begin to put two and two together and discover that you’re in the midst of a murder mystery of sorts. Unfortunately, the protagonist of this tale finds out pretty quickly that there’s quite a bit of truth to the statement “ignorance is bliss.” I won’t say anymore because spoilers aren’t my style, but let’s just say this is one mysterious mystery. 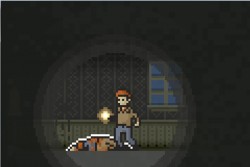 Because the graphics are low tech and the mechanics fairly simple (you walk around and click on highlighted items) the story takes center stage and it is where both the allure and complexity of Home actually lie. Instead of offering players a tightly wrapped ending where all the questions brought up throughout your character’s journey are answered, there’s a bit of ambiguity hovering around the incidents described in Home and it’s up to you to come to your own conclusions. Your theories are fueled by how much digging you actually do while playing and whether or not you discover all the items or locations that are made available. Should you speed through the game, you might think one thing while a more meticulous playthrough would herald different suspicions. Regardless, Home doesn’t calculate your success or subtly point at what actually happened, which was frustrating at first, but ended up leading to the previously mentioned pondering that stuck with me throughout the day.

Home is a pretty short game (took me around an hour to finish) so regardless of the low price, I can understand certain people having reservations about it. Should you be the type that uses books as coasters and hates thinking about stuff, you’ll probably not be satisfied with what is being offered. This is definitely one of those games that teeters the line between artistic experience and an actual game, but don’t take that as derogatory. What Home actually manages to do is offer a seed and forces the player to decide what plant will sprout forth, which is really clever, and that’s coming from a guy who says “Bro” more often than is appropriate.

Home is currently 2.99 (that’s Euro and Dollars by the way) and is available through Steam as well as the official site.