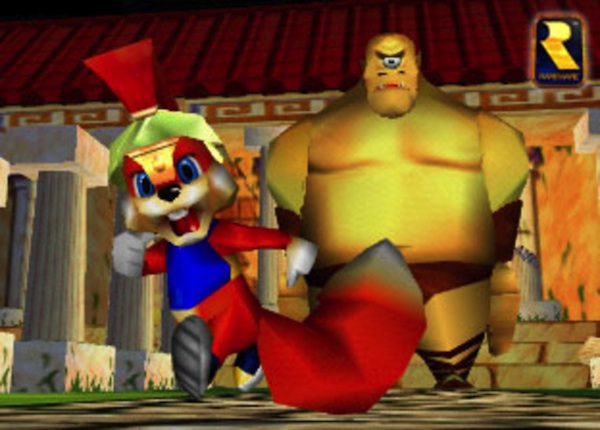 One of the most tiring trends of the N64 era was the endless parade of new mascots in 3D platforming games. Personally, my biggest sigh+eyeroll combo came at the announcement of Twelve Tales: Conker 64. I had never seen a more generic video game or video game character in my life. Why would Rare need Banjo-Kazooie AND Conker? It made no sense. 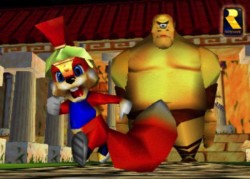 Of course, I shut my mouth years later once Conker 64 experienced a major redesign in the form of Conker’s Bad Fur Day. Sure, I only gave it a chance because of its sharp turn into having a sophomoric sense of humor coupled with plenty of pop culture reference. I’m glad I did though because Bad Fur Day’s varied gameplay not only allowed it to border on being the best platformer on the N64, but it was also a pretty damn fun action game.

Those remotely interested in the bizarre development history of Bad Fur Day got a bit of a treat this week as fan site, RareMinion, dug up 30 minutes of gameplay footage from the original iteration of Conker:

What do you think? Are we better off that Twelve Tales was scrapped or was Bad Fur Day a blemish on Rare’s golden age?