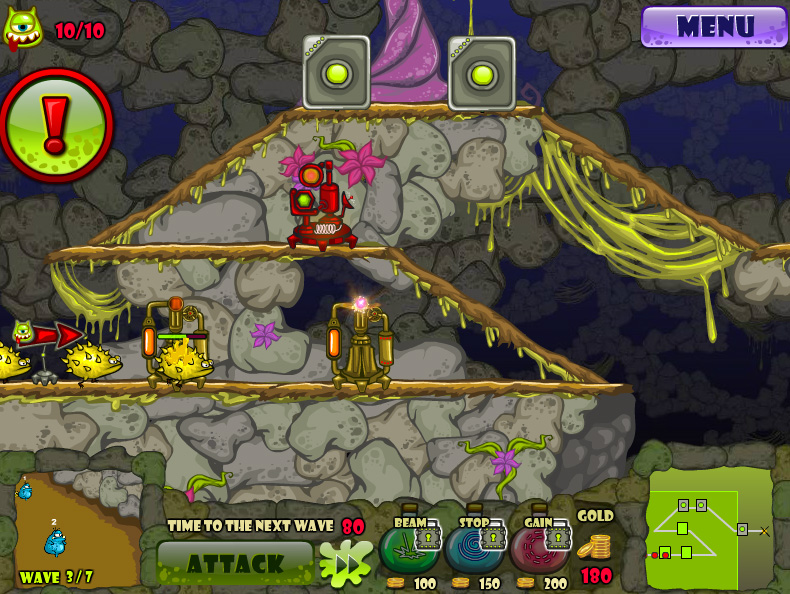 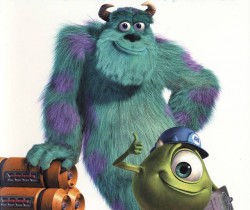 When I go to sleep at night, I sometimes dream of all the monsters I’ve destroyed throughout my life as a gamer. What some may consider a nightmare is a delightful jaunt that endlessly highlights all that I’ve accomplished. Unfortunately, I read an article that a vegan wrote about hunting and how we continue to validate killing innocent animals in a world where once can sustain themselves on plant matter alone. Supposedly, these delicious animals have rights and we’re violating them on a regular basis. This made me feel kind of bad, but what made me feel worse was whether or not these “rights” applied to all things. I shuttered at the thought but had to find the answer to the question that began burning at the back of my brain: Do monsters have rights? Fortunately, it didn’t take long for me to come to my senses and stick to the opinion that they absolutely do not have rights nor should they ever!

There’s a loose definition for what a monster is somewhere out there, but in my mind, monsters equate to anything that looks scary/intimidating, causes problems for my bros, and happens to exhibit these characteristics anywhere near me while I’m questing and/or solving mysteries. It’s pretty broad, but I’ve played a ton of video games and have learned over the years that monsters come in many shapes and sizes so putting too much thought into what actually constitutes being a monster will just leave you open for attack or writing essays that no one will read.

Monsters are about 90 percent responsible for the bad things that happen in video games. That is a fact (I did make the percentage up, though I’m sure it’s close). If it wasn’t for the intrusion of monsters, the people of Raccoon City would still be hiking through the Arklay Mountains and folks like Isaac Clarke would be working the jobs they were actually trained to do. Monsters negatively contribute to most game world economies and negatively impact most game world environments. They break up families, destroy private property and more than likely say rude things behind people’s backs. Do you really want monsters to have rights now? 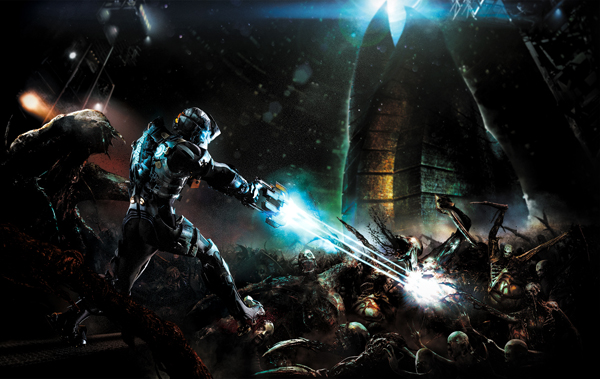 Numerous difficult years pursuing an engineering degree and this is what his life revolves around?!

A Different, Yet Still Incorrect, Perspective

My wife got after me once after witnessing me sneaking up on and then killing a goblin while playing Skyrim. She claimed that it appeared the goblin was merely loitering and that I’d killed it in cold blood. I corrected her swiftly, explaining that the goblin wasn’t just leaning against a brick wall waiting for an older goblin to buy him cigarettes. He was actually stalking me, I’d just been able to turn the tables and take him out before any harm came to my character. I think she still has her doubts and that worries me. She’s seen the chaos that monsters can cause yet still thinks there’s more to the story.

Monsters should all be handled in one way and only one way and that’s the complete genocide of their species. No thoughts, no second guessing, just the kind of destruction that leaves bloody craters in the ground and supplies Viking longboats with a consistent supply of ornamental skulls. To think that time and effort should be put towards re-educating monsters and re-introducing them to society is as ridiculous a pursuit as any I’ve heard. Monsters didn’t come from bad homes nor did they take the left fork in the road when they should have taken the right. Monsters enjoy causing pain and suffering, even for those that lend them and open ear and a loving heart.

You may be asking yourself, “But Ethan, how do you differentiate between monsters and animals you just haven’t seen yet?” The honest answer is that I try not to; too much thought slows the reflexes. If I’d never seen an elephant before today, I’d treat it like it was a monster until it convinced me otherwise. That mentality is what’s kept me alive for the past 29 years. That being said, I have learned to distinguish between monsters and the fauna of non-Earth worlds by simply walking near the creature and hanging out for a bit. If it attacks me, it’s a monster and I kill it. If it doesn’t attack me, I provoke it. If it attacks me after that, I also kill it. If It doesn’t attack me at all, I leave it alone unless my in-game character is hungry, and then I kill it. That, however is an exception to the rule and one I try not to make unless unavoidable. 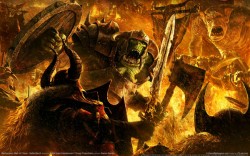 It’s tough to extend a hand of friendship when it’s been sliced from your arm by a drooling jerk off with green skin.

Now, there are some races that look like monsters and the language barrier can cause some confusion but I’m pretty good about separating friend from foe. This is contrary to my “shoot first, ask questions later” mentality, but if something is smiling, wearing clothes and helping children that aren’t of its own race, I tend to give them the benefit of the doubt. I still don’t trust Orcs, though, as there’s just something about their big ugly faces, although I have come across an Orc or two in my journeys that I’ve let survive my blade. Not many, though, Orcs should be considered monsters 95 percent of the time.

I realize that I climbed atop my soapbox there for a minute, but this kind of attitude really bothers me. I want everyone, whether you’re a friend or a friend I haven’t met yet, to be safe and sometimes safety means making the first move. I hope, after reading this, that the first move you make is that of killing monsters and not contemplating whether or not they have rights.