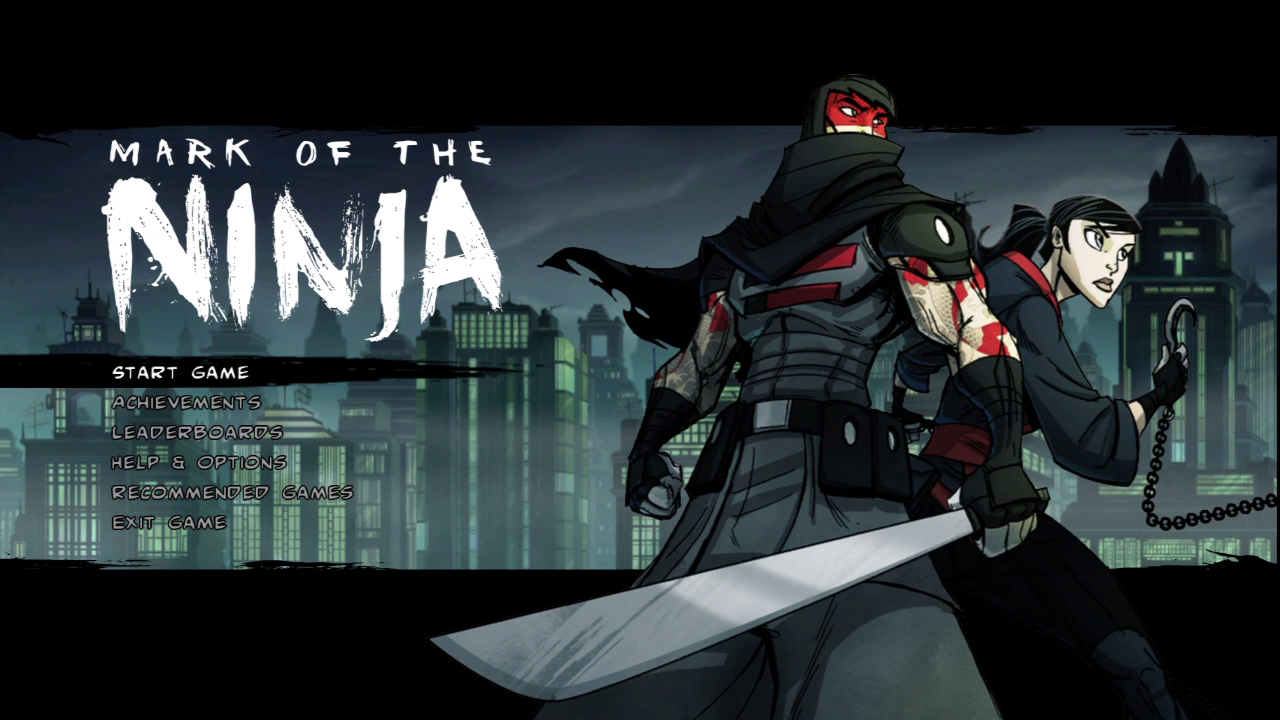 There’s a number of gameplay mechanics that I don’t typically get excited about, such as escort missions and underwater segments. The one that’s always straddled the line of my disdain is the use of stealth. When my sneaking plan accidentally goes to hell and the enemy has me surrounded, my frustration reaches new heights. However, there’s nothing more satisfying than being one with the shadows and knowing that those same enemies were just dominated by a single silent killer. Klei Entertainment’s Mark of the Ninja is awesome for fans and skeptics of stealth alike as it encourages successful sneaking and hands out all the tools to do so. 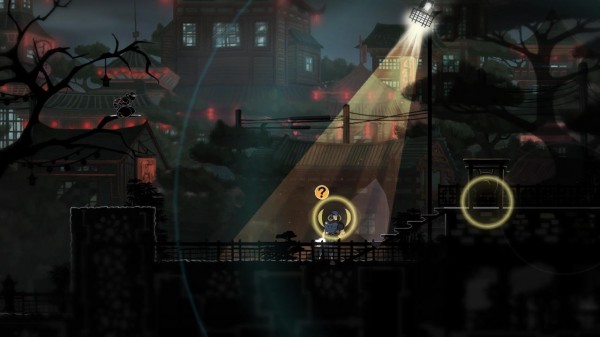 Ringing a gong can mean dinner’s ready or a guard’s in deep trouble.

Klei’s previous games, Shank and Shank 2, were more about jumping straight into thick and dirty combat. Mark of the Ninja requires just a little more thought and preparation before the sword comes out. The ninja here is not invincible and it only takes a few bullets to prompt a restart. The upside is that there are so many fun tools at the ninja’s disposal that the stealth doesn’t feel like a hindrance, but a necessity to victory and, most of all, fun.

Being a two-dimensional stealth game helps to eliminate a lot of headache that comes from spatial awareness when it comes to knowing where your enemies are. Mark of the Ninja doesn’t slouch though when it comes to providing tense scenarios on that 2D plane. It also handles feedback of the ninja’s visibility and quietness using brilliantly designed graphical cues . When enveloped in shadow, the ninja is silhouetted instead of shown in his normally blue garbs as when standing in direct light. Certain actions create soundwaves, represented by a circle that pulses away from the source until it reaches its limit. Ringing a gong, for example, will create a loud sound that will easily get the attention of any guards close enough to respond to it. Once an enemy is focused on something, yellow rings radiate on that object so you know not to be in that place at the wrong time. The whole system is easy to understand and helps support the idea of being a ninja and having just enough of an upper hand to be effective at what you do.

The light bulb budget should have gone into more security against light-smashing ninjas.

And what a ninja does is some of the most fun side-scrolling I’ve encountered this year. Movement is fluid as the ninja sneaks, sprints, jumps and grapples between hiding spots and I rarely found myself taking issue with the controls on my way to a kill. Aside from the traditional sword, the ninja has a varied arsenal in which to decide between lethal and non-lethal tactics. Darts are useful for smashing lights, breaking equipment or even just tossing into a guard’s backside for laughs. Throwing down a smoke bomb will create a fog that allows you to slip by enemies or create gaps in laser fields. The ninja is even able to focus, which stops time and allows for precision in item usage and management. Everything has its purpose and there’s not a lot of room for experimentation beyond mixing-and-matching what you bring into a mission. The joy comes more from what approach you decide to take in clearing a level for higher scores.

Mark of the Ninja breaks down the main approaches to completing missions into four categories: silence, hunting, brute force and fear. Distractions can help give the appearance that you were never there,  hunting enemies can leave a silent trail of bodies in your wake and going commando, while tough, can be immensely satisfying. Fear is perhaps the most interesting of the bunch, frightening guards into a panic state existing somewhere between alertness and obliviousness. They pace around nervously, jump at the slightest noise or sight and shoot wildly at whatever moves. As you complete missions, you gain upgrade points that can be placed into powering up the skills that best match your approach of choice and the satisfaction felt as Mark of the Ninja opens up and shows you the possibilities is extremely rewarding.

Each mission is ripe with collectibles to find and secondary missions to complete, offering unique challenges and details that attempt to flesh out the world just a little more. With all the personality and style that Mark of the Ninja brings, the tale it tells is a little on the average side, unfortunately. It’s interesting, don’t get me wrong, but it pales in comparison to the rest of the package. The story of a clan of ninjas granted performance-enhancing abilities through the ink extracted from a plant is, at the least, a great premise to explain how these ninjas are so capable when up against a small army of gun-toting soldiers. It’s all told very well though with Klei’s signature animation and some decent voice acting, which carries over into the game itself as enemies get impaled with ninja weaponry. 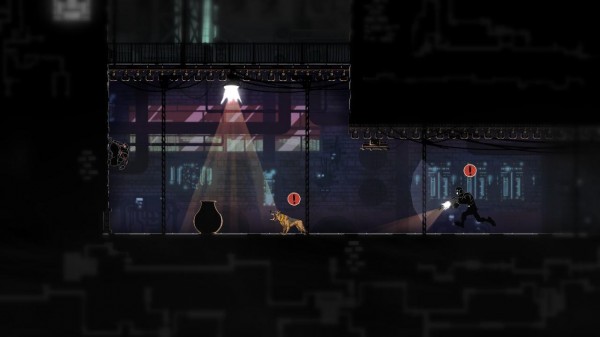 Perhaps today was a bad day to wear my lucky cologne.

I feel that I ultimately favor the idea of stealth when it is the primary focus of a game. It’s so easy to jump into the fray and be victorious, but not many games offer an experience where being a thoughtful silent killer is the way to go. With Mark of the Ninja, I was reminded of how badass it can be to wipe out an entire room of enemies without any of my victims even knowing what cut them down. This is the kind of gameplay that is worthy of a second outing and I hope it gets one. Mark of the Ninja wasn’t a game I had been watching out for, but like a real ninja, has all the makings of being a surprise hit of the summer.

Mark of the Ninja is priced at $15, just enough to silently remove itself from your wallet without you noticing. Why should you notice, when you could be busy climbing on the ceiling and slicing up enemies from the shadows? There’s a lot of game here worth replaying to collect everything, fully upgrade and even tackle a New Game Plus with less visual feedback to how well you’re being stealthy. Check this one out ASAP. Value score: 5/5