After not playing the Madden franchise in a few years, I decided to download the demo of Madden NFL 11 when it hit Xbox Live earlier this week. I played it for 2 quarters and 1 series in the second half and came to the conclusion that yep, it’s Madden alright. I was afraid that after skipping on the last couple of editions I would be totally lost but it was almost exactly the same experience for me that I have had in the past: I suck at defense, and I’m pretty good at offense.

My first possession I threw a 92 yard touchdown. The second possession I easily marched down the field and threw another touchdown.  If there were any worries about not being able to pick it up and play after taking a few years off from the franchise, they quickly subsided as I jumped out to a 24-3 lead by the middle of the 3rd quarter. 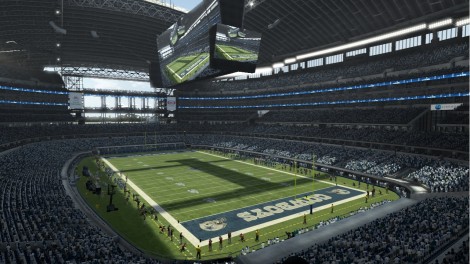 When sport game demos hit they usually let you play as either one of the teams that made it into the championship the year before. This isn’t the case for Madden 11. You can choose either the Indianapolis Colts or the New York Jets in a rematch of last season’s AFC Conference Championship game. The biggest problem I’ve had with demos in the past is that I can’t choose the team I really want to play as, yet this year  it was different because I got to play as Horrible Night’s favorite team, the Colts.

One of the changes that have been made to this year’s Madden is the new coach play calling system called Gameflow. It enables coordinator play-calling based on the specific situation, letting you just play the game without having to scroll through many of the plays finding which one you want to use. EA has had a similar less detailed system in place before but it was just a button you pushed when you were in the choose a play menu. There is also a new menu option called Game Planning. This will allow you to set up what type of game you want to play. You can cater it to a specific opponent and then import it in to the Gameflow. It looks to be an interesting addition but I wonder if the hardcore Madden players will use it at all. It is definitely something that a less than hardcore player like myself would use and enjoy.

A major complaint I’ve always had with the series is that games take way too long to play. One game in the last few Maddens took me around an hour to play. However, Gameflow will cut those hour length games in half. Basically, if you use Gameflow you can play twice as many games than you could before. A definite welcome edition to anybody who struggled to find an hour of time to play a full game. 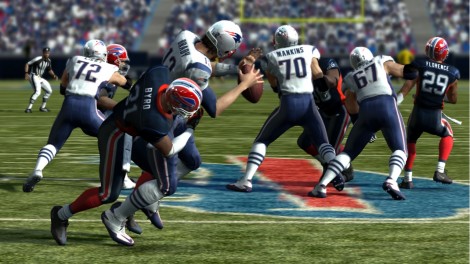 The online feature heavily touted in this year’s Madden is the Online Team play. You can now have 3 real people on a team and play against 3 other real people. You choose a 3 man squad that you play on offense and defense. I assume most people will choose a QB, WR and RB on offense and a combination of linebackers and defensive backs on defense. This seem’s like a really cool edition to the game but I wonder if you can play a season that way?

The best feature this year is the addition of Gus Johnson as the play-by-play man. Enough said. He will be joined by one of, if not the best color guy in the business Chris Collinsworth. These two are way better than the days of old combination of John Madden and Pat Summerall.

I think it would be cool if in the future they would include a online demo because for me, football games against the computer can only be fun for so long. It’s the play against your friends and random people for the right to call yourself the best Madden player around that’s the real draw. I think any new feature, especially online ones should be featured in the demo. It might entice more people to buy it, even if this year’s demo is the most fully featured demo Madden has ever had. But then again Madden is always one of the top selling franchises every year and will continue to be on the top of the charts every August.