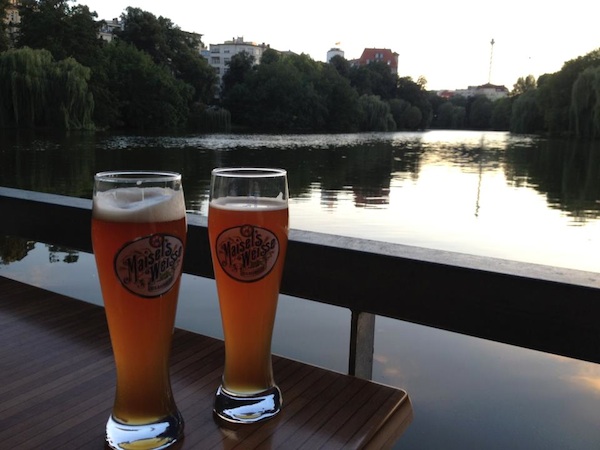 It’s been a long time since I’ve put my fingers to the keyboard and produced something people would actually see. I’d love to say I was taking a much needed vacation from writing, but that couldn’t be further from the truth. A recent move to Germany (gorgeous country, by the way) has rendered me a bit incapacitated when it comes to having any sort of reliable internet access as well as playing my wide selection of games. Instead of brooding about it, I’ve decided to collect my thoughts and take you through the many unfortunate and not so unfortunate scenarios I ran into after hopping over the Atlantic Ocean. 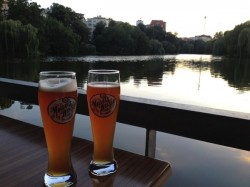 First off, if you didn’t know this already, very few of your electronic devices from the states will work here based on the fact that either 1.) the voltage differences will fry your equipment or 2.) the PAL vs NTSC situation (essentially your American systems won’t play games from European countries and vice versa). I knew all of this and planned to purchase a voltage converter, transformer or whatever else one would need to allow a 120v device to function over here (I’m mainly a PC gamer so purchasing games over here wasn’t a huge issue). The problem was, I wasn’t sure exactly where to find such an item or what exactly it was called over here. I really should have done more research or maybe even purchased it before I left, but I more or less assumed that it’d be included in the welcome package. I would have done research when I got here, but that is where problem number two reared its ugly head.

When we moved, we needed to actually register with the government in order to set up things like a bank account, utilities, etc. This is something I didn’t really think about, but understand its necessity. However, it can be an incredibly slow process and setting up the internet (which, at the time of this writing, has yet to happen) seems to be something that universally causes problems for people over here. I realize that not having the internet isn’t a life or death struggle, but its importance in a first world foreign country is second to none. Without the internet, I couldn’t play any of my games through Steam (which I knew) but I also couldn’t get online to check email, upload articles or you know, contact the vendors that were responsible for such things.

I’ve spent many a day lurking around the city like some sort of man-bear, looking for a restaurant or coffee shop that actually has internet. I was pleased to locate a restaurant called La’Rustica that offered sensibly priced, traditional Italian fare and also let me log on. I’m not one for taking advantage so I’ve only popped over there a few times with my iPad (the laptop’s battery took a poop a while back and open plug space can be rare). I thought about dragging my PC over and setting up shop at one of their booths, but I’m not that desperate…yet. 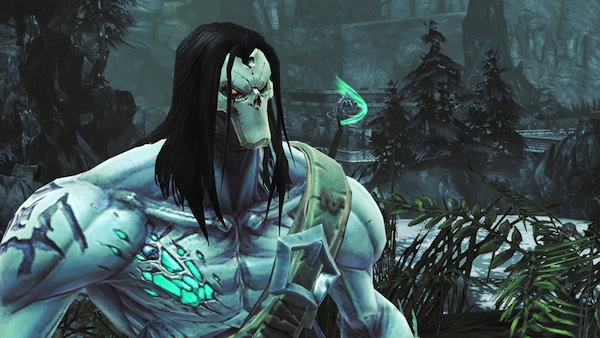 He doesn’t look happy about this either.

I think the biggest issue is that my copy Darksiders 2 is sitting off in Steam limbo, anxiously awaiting its turn in my gaming lineup. When I do get online, I see everyone talking about how cool and fun and just plain totally awesome it is and it makes me want to scream. I don’t scream though because I’m usually knee-deep in some spaghetti bolognese at this point and don’t want to frighten my current internet supplier. I really wanted to play it before Borderlands 2 comes out, but I fear those two will run headlong into each other and frankly speaking, I’m not sure who would win.

Not only that, but I haven’t been able to investigate any supernatural occurrences in The Secret World (though I am still funding that game due to forgetting to freeze my account). There are millions of orcs that must die too in Orcs Must Die! 2, but I’ve yet to make even a single Orc die. I don’t feel like I’m keeping up with my usual routine of maintaining good’s placement at the top of the totem pole so I apologize if momentum swings towards evil during my hiatus.

The Devil Saves the Day

As a result of all of this, I’ve gone back to playing Diablo 2 quite a bit in addition to the iPad games I downloaded and never played. This is the part of the story where the tragedy bleeds away. Holy cow, Diablo 2 is good! I forgot how great that game was. It’s a bit lonely not playing on Battle.net with other people, but it’s really been a life saver during this horrific gaming drought. I kind of feel bad for Diablo 2 though, it’s more or less functioning as the between-serious -relationships-booty-call and I’m not sure if it will ever have a different place in my heart. Regardless, my opinions of Diablo 3 have changed, not in terms of how much I enjoyed (was obsessed) with that game initially but how welcoming Diablo 2’s difficulty was. 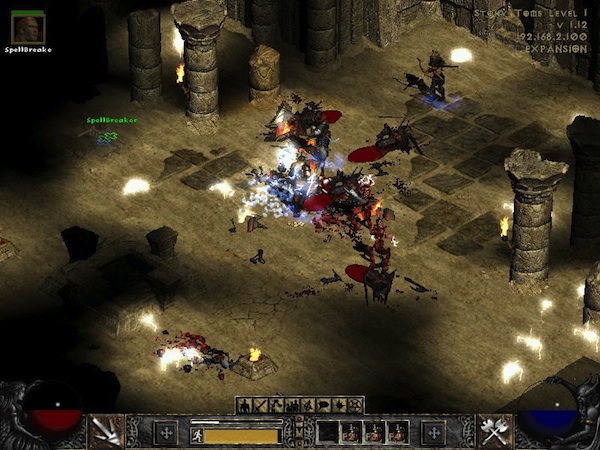 It’s actually been a bit of a metaphor for the last few weeks for me, which is that things can be very tough at times but all you need is patience and a shield with more sockets in it so that you can raise your elemental resistance. Without patience you’ll miss the great things that are happening and, without aforementioned shield, higher level monsters will eat your freaking face off.