I have to respect Ubisoft for its decision to retire the “always on” DRM software they’ve been using for some time now. When a company listens to its customers and realizes a change needs to be made and makes it, it shines a positive light. In a recent interview by Rock, Paper, Shotgun, Stephanie Perotti, Ubisoft’s worldwide director of online games and corporate communications manager Michael Burk explained how the decision to end the digital rights management software came to be.

We have listened to feedback, and since June last year our policy for all of PC games is that we only require a one-time online activation when you first install the game, and from then you are free to play the game offline. – Stephanie Perotti 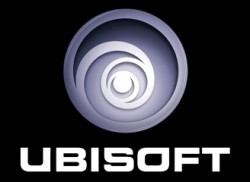 When a game that requires the “always on” DRM loses connection to the Internet abruptly, even for a second, the progress in the game can go along with it. This was a major complaint by many PC players, and their voices were growing louder and louder in contention. The one-time activation is nothing new to PC players, and it’s more recently been implemented via online passes on consoles, although the results of this method are mixed for that audience.

When asked about the issue with the activation process for Anno and graphic cards removing allowed activations, Stephanie addressed this too:

Anno was a very isolated case, and we reacted and increased the limit in that case. Whereas now when you purchase a game, we’re uplifting those limits in terms of how activations you can have, and how many installs you can have on the game, and that’s something we’re planning to continue to support. – Stephanie Perotti

It looks as though Ubisoft is going the way of requiring the one-time activation and allowing you to do whatever you would like with your copy. This still means it’s your copy and shouldn’t be used by other account owners. I think this may signal somewhat of a contradiction to the growing “always on” approach some recent games have taken with notable single player possibilities such as Diablo 3 and the upcoming SimCity.

Besides MMO games, does “always on” have a place? Does DRM still make sense?