Recently, I have been a strong proponent of a training system for the young gamer. Going back to play games throughout the history of electronic entertainment is a good way to become a better player of today’s games. With people being busier today than ever before, it’s hard to find time to spend with your son or daughter. What better way for a parent and child to connect than over something that has become a billion dollar industry.  Learning the history by playing old games is beneficial to both parties while building a strong bond over something they can share together. While there are a ton of tools to be learned playing the games of old, there are also issues that don’t come to the forefront like they do today. 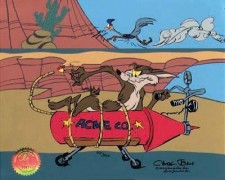 Where did Wile E. Coyote get all those wonderful toys?

Violence in our entertainment has been prevalent in our society since before The Road Runner was outsmarting Wile E. Coyote with the latest gear from Acme. That cartoon violence carried over to video games as soon as character based sprites could be rendered. Even though it wasn’t a huge issue until the 16-bit era came into play, violence has been one of the main arguments against video games.

Cartoonish violence certainly has a place in video games, but realistic looking violence came along with technological advancement. Mortal Kombat pretty much kick-started the realistic looking violence in games. There was a huge media backlash and yet my parents didn’t seem to have a problem with me playing it. They had faith that I could differentiate between reality and what was on the television screen. Maybe they didn’t pay attention to the games I was playing and that’s why I got away with playing it. I think the latter must be the case, speaking as a guy who wasn’t allowed to watch “The Simpsons” growing up. Yet, I still found a way to do that so I probably would have found a way to play violent video games as well.

When Metal Gear Solid 2: Sons of Liberty was released my dad went to purchase it at the local Target. It was going to be a Christmas present from my grandma, but she knew nothing about video games so my dad went instead. He got carded while trying to purchase the game. As I opened the game, he told me jokingly that he didn’t think I was old enough to play this game since he had to show his ID to be able to purchase it.  I was 19 at the time. I can appreciate the fact Target was doing its part in trying to curb underage purchasers of a M for Mature rated game. They probably figured that since it was around Christmas, a lot of parents would be buying the game for their children. Not being aware of what type of game it might be, parents getting carded for the rating could have been a way to alert the parents to the content of MGS2 contained within. 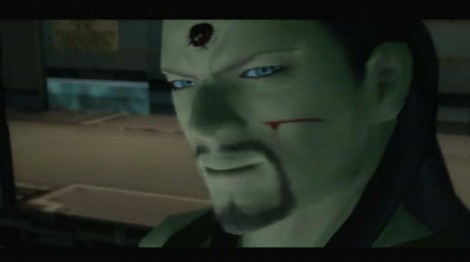 Vamp, how I hate you so!

The rating system for games can be just as important as store clerks in helping determine what might be appropriate for a certain child. The Entertainment Software Rating Board (ESRB) was established in 1994 to help those parents who were concerned about content, make better decisions when it came to purchasing games. Much like the movie rating system developed and enforced by the Motion Picture Association of America (MPAA), the ESRB regulates the specifications required for a game to qualify for each rating. The rating system has helped assuage fears about children getting their hands on games inappropriate for them. However, the ESRB can only control what kind of rating goes on the game box, not what is actually contained within.

One of the big fears society has had about video games and violence is the possibilities of copycats. Kids who see a violent act in a video game will go out in society and recreate that act themselves. In the Grand Theft Auto series, the main appeal of the game is drawn directly from its title, stealing cars. Does the game really influence the young to become the next generation criminal element? My friends used to play Call of Duty 4: Modern Warfare while their baby fell asleep listening to the constant rattle of gunfire and explosions. Will those sounds she heard subconsciously make her the ultimate war machine? It’s doubtful. So who’s to say what games do the most influencing and how they do it.

I’m sure there are studies being done at the university level on what the influence of video games might actually be. I get that it’s a different era now and with more realistic graphics comes more realistic violence. But like I said earlier, I played the Mortal Kombat series at a young age and I’ve never committed a violent act in my life (that’s not to say I haven’t thought about it, but pulling my mask off to breath fire out of my skull just didn’t seem worth it).

I find it hard to believe parents when they find out what kind of game it is and say “I knew nothing about this game.” You are just being bad parents. If your child is into video games, you should know what type of games your son or daughter is playing. There is a little thing called the internet that is a wonderful source of information. If you are a parent of a gamer and want some answers, search the internet. Or send us an email to simon@horriblenight.com and we will gladly get you any information on any game you’d like.

Parents need to be more knowledgeable on what their son or daughter might be doing in their life without being overbearing helicopters. Kids are smarter than many of us give them credit for and are very perceptive. But they can also be very deceptive and hide things they know they shouldn’t be doing. Just because you banned a game in your house, doesn’t mean Johnny won’t find a way to play it at Billy’s. There will always be parents who are too busy to notice what their kid is doing, or just don’t care. It’s your responsibility to talk with them about games if you think it’s necessary.

Which brings me to my point. If parents are so concerned about the violent content in games, they should participate in the training system. Start at Atari games and as your child grows, the gaming knowledge increases. I know I’ve mentioned Super Mario Bros. in nearly every post I have done so far for the site, but it was the first game I really connected with. It holds a special place in my heart. After some classic Atari games, the first game of the Mario series is not a bad place to continue to introduce what video games are to the young gamer. Video games can be a wonderful hobby that could one day evolve into a career. 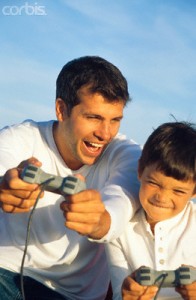 Why are they outside?

That’s not to say you should become Earl Woods (Tiger’s dad) and put a controller in their hand at three and push them to be great. However, if you do, you never know what might happen.

Violence is an issue that we have to deal with on a day to day basis. Everybody has heard the evening news mantra, “If it bleeds, it leads.” It is an understatement to say that violence is popular in America. It permeates our movies, TV shows, newspaper, music and yes, even video games. I for one, enjoy a violent video game, but I can differentiate between what’s real and not. Has it made me desensitized to real world violence? Possibly, but I still have a hard time watching war footage of real people getting shot. Violence in America is not going away. Parents have to deal with that fact. No amount of protesting is going to get rid of it. While they proselytize out in public, little Johnny is playing Modern Warfare 2. Taking an interest in a young one’s life could help them learn the differences between violence in video games and violence in real life.

Think of the Children is an ongoing series looking at the different issues we face as influential parties concerning children and the video game industry. The first TotC post, History Lesson, can be found here.