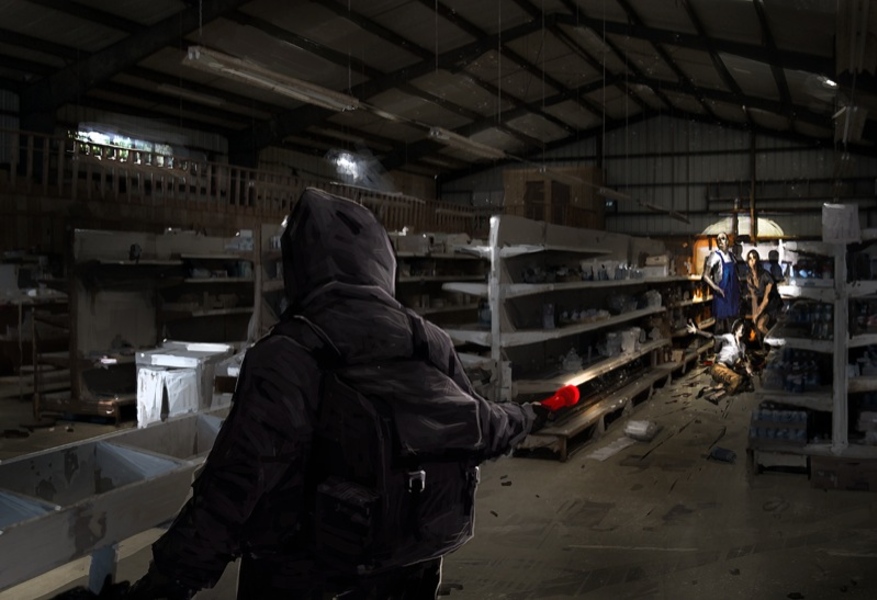 State of Decay is a third person, open-world zombie survival game which has been in the works by Undead Labs for some time. Undead Labs originally announced the game a little over a year ago as Class 3, but it now has released a new trailer and comments on how Microsoft Studios assisted in bringing the game to Xbox LIVE Arcade and PC. 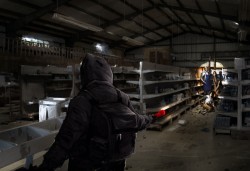 Concept art of a food raid under threat of zombies.

The game takes place after a massive zombie apocalypse and forces players to fortify defenses, save playable characters, gather food and supplies, and simply survive the zombie apocalypse. The choices made in the game will have effects on the simulated world and promises to change the game world as you and your choices progress. It’s become the norm for open world, sandbox games to allow the player to have a direct effect on the world. This doesn’t happen too often on XBLA, and it will be interesting to see how open world the game can be on that platform.

The end is here. Life as you knew it has gone to hell after the mother of all zombie outbreaks. Now you and the few scattered survivors must band together to survive and rebuild in a 3rd-person action game set in a dynamic open world. You choose where to make your stand, designing and fortifying your home base, performing daring raids for food and ammunition, and rescuing other playable survivors with unique talents. The open, sandbox world develops in real-time, shaped by your actions, dynamically generating content based on your choices and the ever-increasing zombie threat.

Seeing that the title is promised for Xbox LIVE Arcade I reserve the right to be skeptical. We’re not used to seeing too many open world games on XBLA. Seeing that it involves zombies, surviving, and surviving zombies I’ll likely take a look at it. Watch the trailer below and you decide: