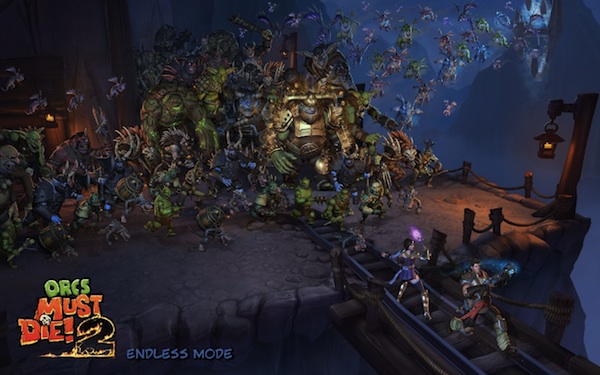 Orcs Must Die! by Robot Entertainment received almost universal praise for its satisfying blend of action and tower defense. However, the people cried out for more. They wanted more traps, more weapons, more orcs and most importantly, more players.

Orcs Must Die! 2 is their answer. In this Reflex Review, we’ll show you the new additions to OMD! 2 and the much anticipated co-op.

Orcs Must Die! was one of the biggest surprises for me last year so I was extremely excited to see the turn around time for the sequel. I had very few complaints about the original (other than the amount of time it stole from my life) so I didn’t have much of a wishlist. While the added co-op was an intresting addition, I honestly would have been happy with more of the same. 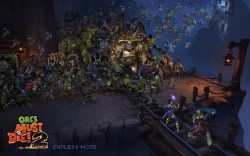 I love the defense genre (I struggle to call this a tower defense game) because it opens up a section of my brain that seems to thrive on meticulous planning and obsessive perfectionism. This is not neccessarily a mental state that is open to the company of others so I did have my resevervations about whether or not bringing a buddy along for the ride would be a welcome addition.

Because the single player component was more or less unchanged outside of a few enhancements to the upgrade system, reviewer Aaron McNeal and myself decided to jump into the game as a duo of death and see if the most dramatic alteration to the system stood up. Spoiler alert: I’m smiling in the end.