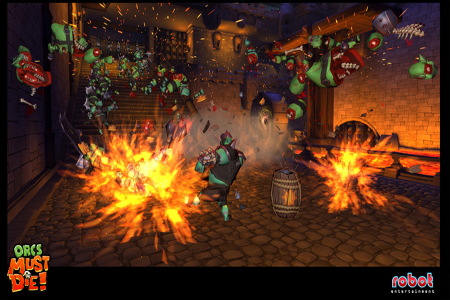 Unless you’re a member of PETA, uninvited rodents, insects and other creepy things wandering into your home can be both frustrating and a possible cause for concern. Animals tend to do whatever they want, whenever they want so dealing with them isn’t quite as simple as polite negotiation. While there are many different ways of dealing with the invading vermin, Orcs Must Die! 2 has a blueprint for success that will surely dissuade future unwanted guests. 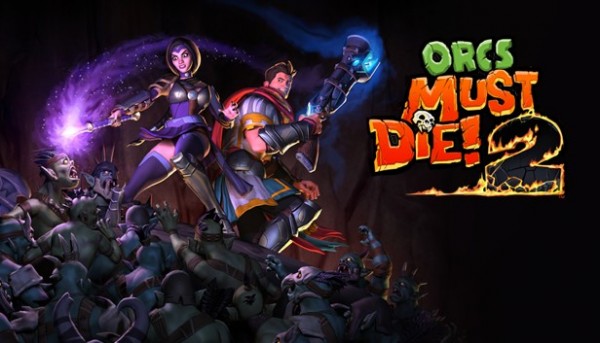 The Lessons of Orcs Must Die! 2

Send a message to other would be invaders

Tell your friends what you saw today…oh wait you’re in too many pieces to do that.

I learned something today. As I mentioned above, varmints don’t have a whole lot of respect for you and your environment. They take snacks without asking, breed without thinking and poop without wiping. The fact of the matter is, your home is a vacation to them so you need to get a little Vlad the Impaler and make an example of the first wave of creepy crawlies. While humane traps might ease the guilt that comes with taking lives, they don’t do much to teach the lesson you’re attempting to convey. Vermin need to see their friends’ corpses littering the halls, their dead eyes staring off into the dark void their souls were sucked into. If you can find a way to make a mouse’s best friend explode into a gory mess right in front of his eyes then that’s even better. Intimidation and fear will save you time and effort as the stories of your merciless slaughter will echo through tiny animal society, making the would be invaders think twice about crossing the threshold of your home every again. Thanks, Orcs Must Die! 2.

I learned something today. Waiting for results can get a little boring if you maintain a vanilla strategy when it comes to vermin eradication. Trap manufactures are more focused on ease of use rather than entertainment potential when it their products so you may want to think outside the box to insure you are thoroughly entertained during the process. Assuming that the invading creatures move in predictable patterns, why not create a Rube Goldberg like machine of death that keeps things interesting? Should you have guests over, they’ll marvel at your ingenuity and more than likely brag to their friends about how awesome you are at destroying the lives of tiny creatures. Thanks, Orcs Must Die! 2. 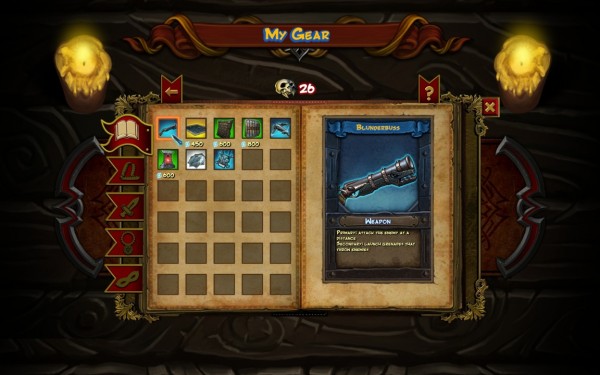 Interesting combinations are never frowned upon.

Don’t blow your loads of traps too early

I learned something today. It’s obvious you’re not a wealthy person since you’re seeking the advice of a video game editorial writer in reference to your infestation issue so let’s assume you’re funds are limited. That could be a pretty big issue when it comes to protecting your entire home or apartment, so make sure that you don’t waste everything in the early goings on the invasion. Vermin may not be very smart, but what they lack in intelligence they more than make up for in stubbornness and numbers. If they don’t get the point that they aren’t welcome early enough you might be in for the long haul. With that in mind, you don’t want all of your counter measures stacked up on top of each other because that leaves the path wide open for anything that happens to gets past them. It’d be horrible to exert all that time and energy setting up an elaborate system of traps only to have it fail the test of attrition. Spread things out a bit, make sure these invaders never feel like they’re in the clear and their second guessing will surely end with their demise. Thanks, Orcs Must Die! 2. 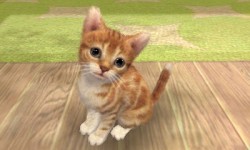 Don’t let that adorable face fool you, cats will cut you wide open!

I learned something today. No matter how prepared you are, sometimes an invading force is too much for one person to deal with. It helps having a close friend nearby to act as a relief pitcher of sorts should your traps fail, and the best friend you can have when it comes to this task is a cat. People may not respect cats because of their independence, but they are invaluable when it comes to stomping mud holes in the asses of pests of all shapes and sizes. One cat is enough though as too many cats can make it appear as if you enjoy the company of felines over that of other humans. Despite cats actually having qualities that are less annoying than some people, being referred to as a “crazy cat person” is a good way to ruin your chances of ever having sexual relations, unless of course you have sex with other crazy cat people. Thanks, Orcs Must Die! 2.

No one likes implementing pest control strategies, but utilizing them is a very real part of life. Preparedness and a positive attitude will make what’s often seen as a chore something that one can look forward to as well as an effective means to the defeat of all vermin kind. Thanks, video games.