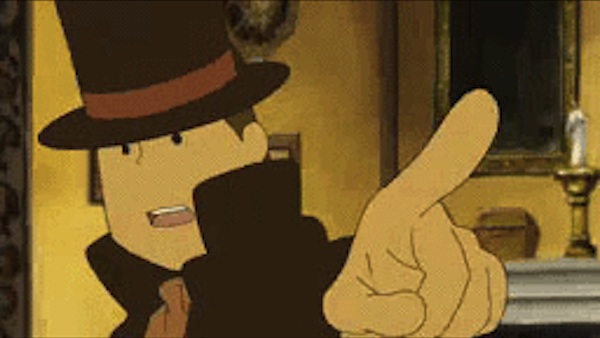 I’m starting to get angry. For the past week someone in my house has been playing MY 3DS. Though I have vowed to love and cherish this person til death do us blah blah blah, there are certain things that I never said or would ever say on that wonderful day. They say that kids are supposed to learn to share in kindergarten but I never had a portable gaming device as awesome as this one. I don’t have a ton of answers for the questions I have. What do I need to do to rectify this situation? Shit is getting dire over here. 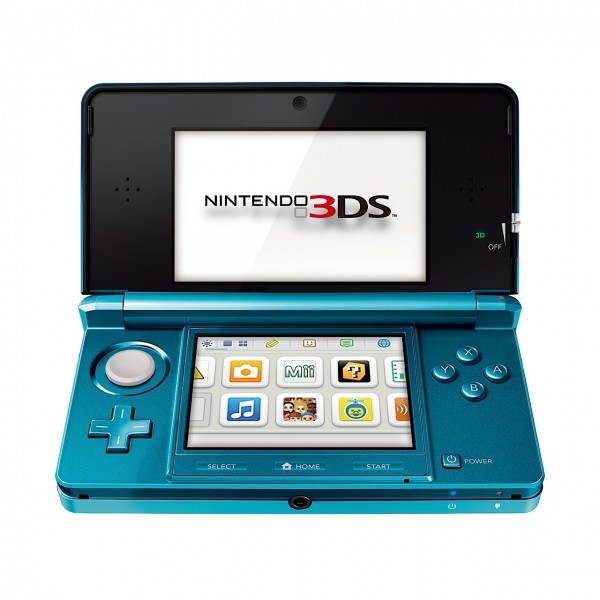 Marriages can be ended over this little guy.

Considering the fact that there was no mention of video games in our vows, I don’t think I have to share them. She mentioned something about needing to be fed and I’m following that daily. Maybe that’s my fault for not having the foresight to mention something this important to me on my wedding day. My bad. I didn’t realize that this conflict would arise or be such an issue. I hate to say it, but I didn’t buy the Nintendo 3DS for my wife. I bought it for me. I’m the gamer in the house. Though she does like those silly little puzzle games. That make me sound super selfish but I want to play my games when I want to play them.

I think it’s time I talk to a lawyer. I mean, in a world where people are having to fight for the right to get married I think I should have the right to end mine over such an important issue between us. Oh wait, I do have that right. I believe it’s called irreconcilable differences. I’m pretty sure the reason Tom Cruise and Katie Holmes broke up was because of the fact that Tom wouldn’t share his 3DS. Or that he’s a crazy Scientologist. I’m going to go with the first reason.

If getting a divorce doesn’t seem like the best way to handle this situation, I guess I could go buy another 3DS. Especially since the XL is coming out soon. Rumor has it that I’m sized like a Brumak and that 3DS XL will fit into my giant hands nicely. In fact that’s the only major complaint I have about the original 3DS. I can’t play for hours because my hand starts to cramp. Lately that hasn’t been an issue. BECAUSE I HAVEN’T BEEN ABLE TO PLAY IT AT ALL! Maybe getting another 3DS is the way to go. 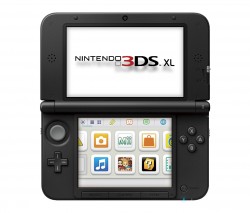 It just comes down to me wanting one of these, really.

However, if I float that idea out there it will most definitely get shot down. “Why do we need two portable Nintendo machines?” she might say. Because you’re playing that one all the god damn time, that’s why. If I did buy the XL she’d probably want to play that one instead because it’s 90% bigger. (Probably not the only thing she would like to have 90% bigger.)

What is this asshole talking about? I barely play the 3DS. Maybe once or twice a week. Or when the power goes out and I can’t work. Which is what I do all the time. I constantly work from home so that doesn’t give me enough time in the day to play that silly machine. It is true that I mentioned that he was supposed to keep me fed in our wedding vows, but that idiot was too dumb to mention video games. If it was this important to him maybe he could have mentioned it on the most IMPORTANT DAY OF HIS LIFE!

Give back that 3DS!

That being said, he’s the one who bought me a game to play on it. I would have never known about Professor Layton and the Curious Village if he hadn’t said “I  bought a puzzle game today. You’ll probably love it.” Well he was right about one thing. First time for everything. I do love that game. And we often play it together. If I have trouble with a puzzle I’ll ask him for some help or suggestions. You know to boost his ego a little bit. He doesn’t need to know that I solved the puzzle hours ago. That’s what we were doing when the power went out. We were playing together. Don’t let him make you think that he was just sitting there in the dark twiddling his gaming thumbs.

This idiot is talking about getting a divorce over a tiny machine that plays video games. Wow. I see how much he values our relationship if that’s what he’s willing to end it over. And if we go down that road, you better believe I’m getting that 3DS in the divorce settlement. But I’ll leave him the games I don’t play. Then the situation won’t be any different than what his perception is. I’ll be playing the 3DS and he’ll have the games he wants to play but no machine to play it on. He won’t be able to afford a new 3DS because I’m taking all of his money as well. If he wants to get that ridiculous, then I’ll exceed him. By 90%.

Okay. So what she said might be more of the truth than what I said earlier. Maybe I blew it out of proportion just a tiny bit. Or maybe I’m just a guy who loves video games and wants to be comfortable playing them. Thus, looking for any reason/excuse to buy another 3DS. This time the XL version. My methods might be a little irrational but hey, if I didn’t have a little of that irrational thinking in my brain I probably would have never been able to convince my wife to marry me in the first place.