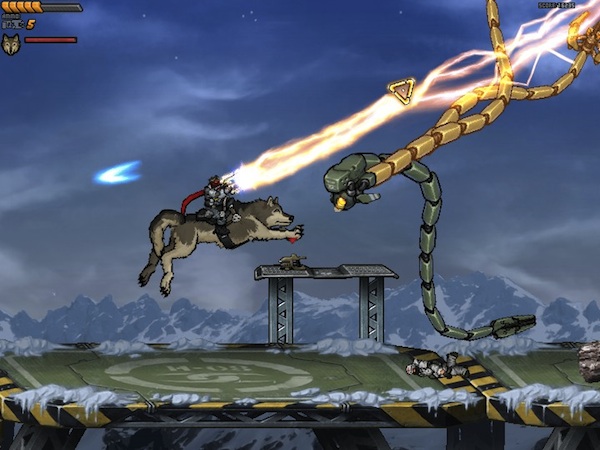 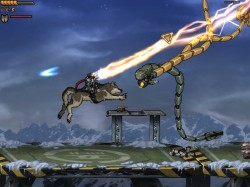 As a gaming journalist, I’ve learned to temper my emotions and maintain objectivity any time a new game trailer erupts from the interwebs. That being said, sometimes a trailer melts away my professionalism, leaving me in an emotional state not unlike that of an elementary age child who has just excitedly peed their pants after unwrapping the perfect birthday present. The trailer for Intrusion 2 had that very effect on me, setting my eyeballs on fire with such memorable scenes as a dude snowboarding down a hill shooting missiles out of the sky, that same dude riding a giant wolf around and finally a battle between aforementioned dude and a VTOL equipped with incredibly muscular robot arms.

I pulled myself together long enough to sit down with Josh and Justin to play through an early portion of the game to determine whether or not it was love at first sight or substance less attraction.

Intrusion 2 is available now for PC.