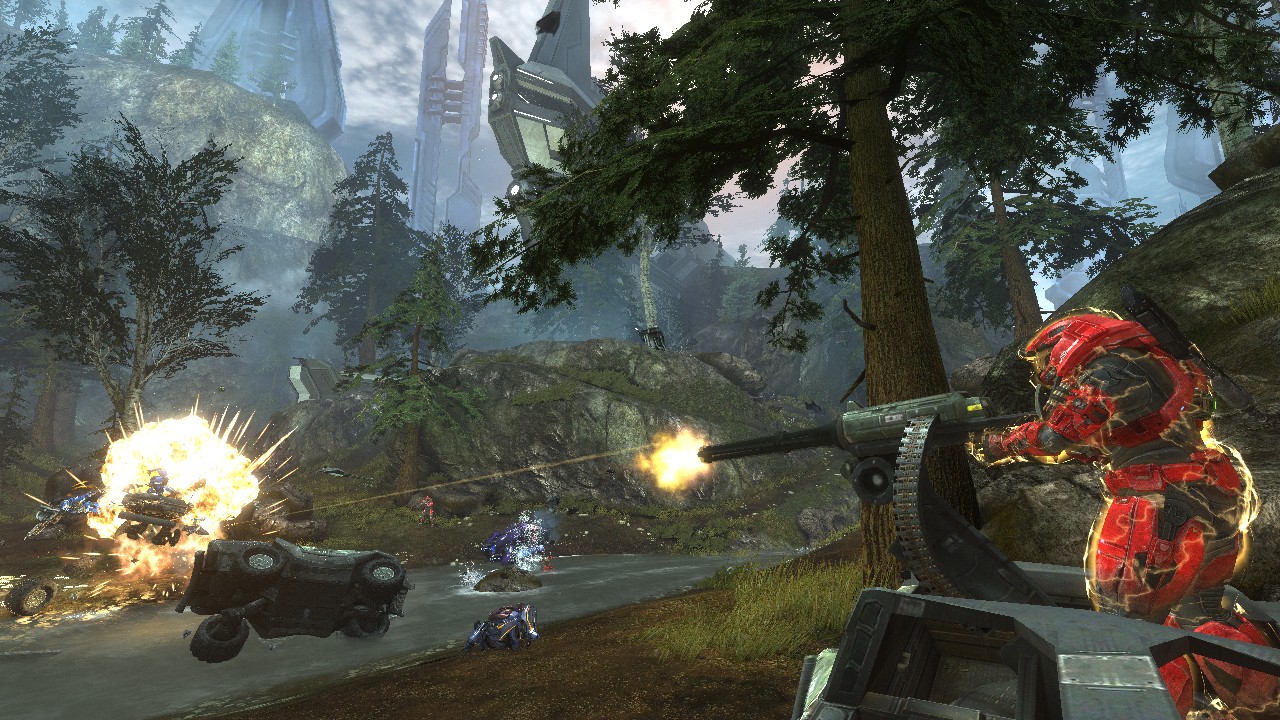 News recently leaked out that Halo 2 was in the process of getting an HD makeover, much like Halo: Combat Evolved last year. This rumor was, of course, later denied, but got me thinking about the benefits of remakes and reboots for a variety of reasons:

Games being remade isn’t something new. The first “remade” game I can remember is Super Mario All-Stars. This was the Super Nintendo release that contained Super Mario Brothers, Super Mario Bros 2, Super Mario Bros 3, and Super Mario Bros: The Lost Levels. Having all of the NES Mario titles in one package wasn’t the big story here. The appeal of this game was that all four titles were in full 16-bit graphics. This gave the games more depth and personality, and the titles had a closer resemblance to the art styling of Super Mario World which fans had recently played. Nintendo even had the bright idea to rerelease All-Stars for the 25th anniversary, but were greeted with a ton of backlash because the games were completely unchanged. Fans were looking for something more. So, for those of you keeping track at home, All-Stars was originally released on August 1st, 1993. This means that for at least 19 years games have been remade to reflect the look of the current generation. 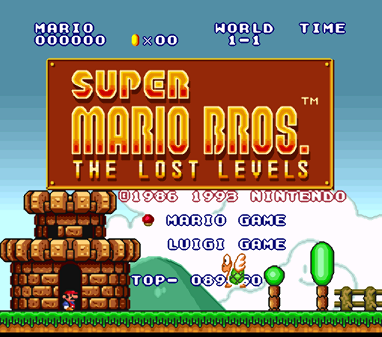 Explain to me again how you ‘lost’ the levels …

Life before and after 32-bits

Reboots can inject life into older franchises, seemingly resurrecting them from the dead. For instance, remember River City Ransom? When word came out that a sequel was being made with a current gen feel, the cult fans of this franchise were giddy. This is just one of many examples of bringing a franchise from the dead and placing it in the current gen, but keeping the game true to form.

The biggest and most well-known example of a franchise being revitalized with a modern update was the Castlevania series. Symphony of the Night is not a direct remake of any previous Castlevania title, but the classic gameplay style and mechanics we all loved were brought to the PlayStation in an eloquent and modern manner. The impact of this title was that a whole new generation was able to play a ‘classic’ Castlevania game on a new console setting that they were already familiar with. There was nothing to dislike about Symphony; it got everything right, all the way down to the classic challenge of a Castlevania game. Up until this point, there was a generation of kids that were unaware of the original Castlevania unless they had a cool older cousin or uncle that showed them the game very early on. The rebirth created by Symphony generated many more games in the series. This reboot brought us several DS titles in the style of Symphony, and Symphony even had a re-release of its own on current gen consoles as a classic title. Symphony brought us a whole new era of Castlevania. 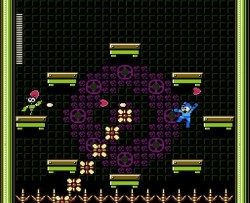 Only the trained eye can place the proper numeral after true Mega Man titles.

A quality remake or rebirth can go a long way with an existing fan base and create a whole new generation of fans at the same time. Depending on the franchise, many long-time fans won’t complain about having a true remake of the original. It is important to point out that some titles exist that should remain buried in the ground with our memories forever. There are a few cases when rebooting a franchise where one should honor or pay homage to the original form. In these cases, the end result is a new entry that looks exactly how you remember it, and there is nothing wrong with that. These particular titles were tested by time and proven to be perfect in their original form, and when you look at the state of games today, that says a lot. If it’s not obvious, I’m talking about the releases of Mega Man 9 & 10. These two games were new entries into the series, and as previously stated, they were flawless just like the eight games that preceded them. Capcom kept the games exactly how you remember them, and that is how it should be. I’d go as far to say that Mega Man shouldn’t be made any other way.

When trying to determine what titles merit remakes, developers should always consider that there are some games that deserve to be remade, but some games deserve to be remade in their own skin. I have no issue with complete remakes coming to market (as long as they’re tastefully done). One of the problems with having different consoles to choose from is the realization that you are going to miss out on entertaining titles. I was a PlayStation 2 guy, and because of the particular console I owned, the SS Halo had left port long before I purchased an Xbox. To be honest, Halo has long been my Moby Dick. Halo is one of those franchises I have always heard great things about and I’d been meaning to get out there and experience the games for myself, so I was pretty energized to start playing the series once I saw that Halo: Combat Evolved received the HD/Anniversary treatment. I began to develop this dream that I could go out and start with Halo: Reach and work my way through the series in chronological order by story and not release date. I am at a point where I feel that I’m ready to take on Halo for the first time and catch my whale.

Who else needs an upgrade? 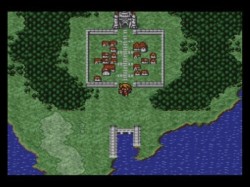 There are many game series that arguably could use the remake treatment as a service to the fans and to those that missed out on the games the first time around. I am sure that we could sit and brainstorm several games, very quickly, that we feel deserve to be remade. Heck most of these titles are very well known and remaking them has popular support. It’s common knowledge that many people feel that old Final Fantasy titles deserve remakes, and some of them have been remade or upgraded. The Anniversary Edition of the original Final Fantasy is a gorgeous and modern looking game that remains true to its 8-bit roots. There isn’t a single negative comment I can make about the iOS port.

Of course, the good always comes with the remake duds. Final Fantasy III on the Nintendo DS is just the opposite of Final Fantasy. This version is a hot, polygonal mess of a game. Usually train wrecks like this end up on The Jersey Shore. The 16-bit version completely shames this remake.

The actual execution of a modern remake or interpretation of a game is a very delicate balance of give and take. I strongly feel that any time a game is given a remake or a modern look, we need to look at how this will affect the legacy of that game. Again, with Mega Man the design decisions for 9 and 10 were the absolutely spot on. The developers recognized that and made what was probably a difficult decision to remain true to the original. Metal Gear Solid HD Collection was a major risk. The control schemes of the originals are at odds with modern games, but luckily that didn’t hold the HD versions back. Some IPs are not as strong though. 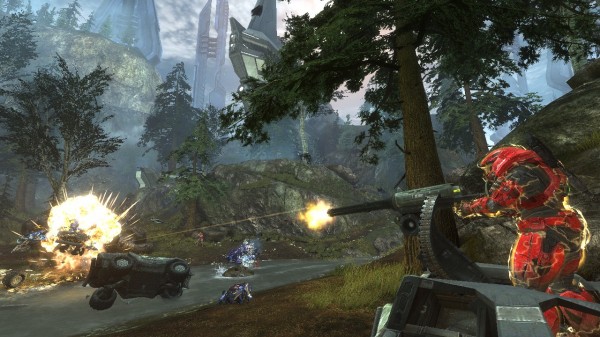 When HD remakes are done tastefully and for the right reasons, they are a huge boon for the industry. Fans also tend to appreciate well done remakes. That’s not to say that every retro game deserves a remake. There are plenty of games that need to remain memories in our minds, but remaking the right game can create a lasting impression on all gamers young and old. Despite how much I want to see Final Fantasy VII HD, we as fans need to take a step back and ask ourselves if we will continue to remember the game as fondly as we do if that remake does actually come to market. In the short term, I want to encourage Microsoft to celebrate Halo and make the rumored Halo 2 HD. Master Chief might make a few new friends and reunite with some old ones along the way.