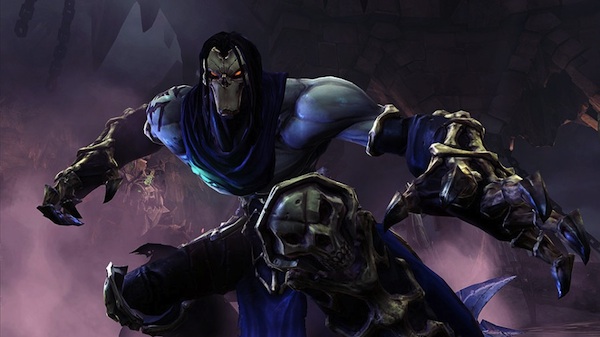 Death is approaching and you might be surprised at how agile this horseman actually is. While Darksiders II has had plenty of trailers setting up Death’s arrival, THQ has unleashed a gameplay trailer that showcases Death’s combat skills while teasing some surprising inhabitants in this apocalypse:

Darksiders has developed a decent fan following and adoration for its gameplay, so when Vigil Games took on the task of making Death play differently than War I was surprised. It’s a bold move to change things up this much in a sequel to a new franchise. However, not only does Death look genuinely fun to control (and to kill with), but there were plenty of call backs to characters from the first game and the graphic style remains gloriously in tact and is sure to make the game feel familiar for fans. Not to mention that the appearance of these characters is sure to make the story quite interesting.