It’s amazing how much of a fight some people will put up against spending 99 cents on a game. But such is the every day screening process of browsing the iPhone App Store. If you’ve been in the App Store at all in the past few months, one of the games that just won’t drop out of the best selling list (for good reason) is Angry Birds. I decided to give it a shot months ago, and enjoyed it enough to show it off my girlfriend. Funny thing happened over the next few weeks, she became much harder to pry away from her iPod Touch, she started cursing more, and her name had moved above mine on the Angry Birds leaderboards. I became curious and also realized she is now the expert of this particular game, so I had to find out more: 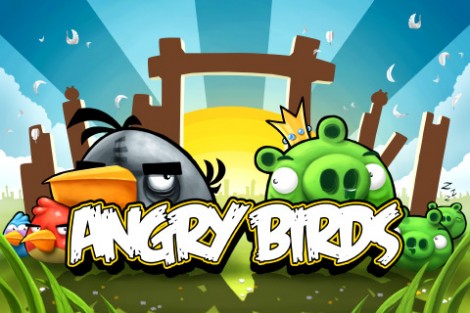 Remember, the birds are the good guys

What did you think of Angry Birds when you first saw it?
I thought it was ridiculous! What a dumb concept for a game – killing pigs with kamikaze birds?! And why are the birds so stupid, they shouldn’t leave their eggs unattended.

How long did it take you to like Angry Birds enough to keep playing it?
I came back to the game a couple times in the matter of a week, I think. The first couple times I played it, I got frustrated with not being able to beat a level and gave up before coming back the next day for a few more levels.

What makes you go back to Angry Birds?
I have to beat it. Once I got a few levels into the game, I was just determined to beat the next one, and knowing there are “coming soon” levels has me checking for updates every week or so. 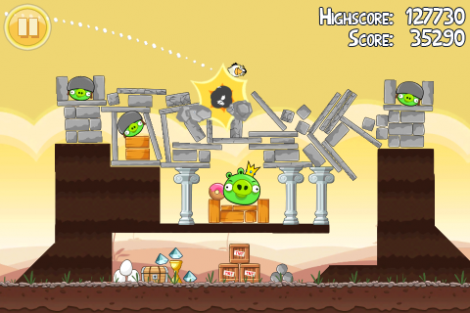 What is your favorite Angry Bird? What does he do?
Obviously the bomb-dropper bird because he does the most damage and looks the least like an actual bird.

Which is more important to you – 3 stars or a golden egg?
Hmm. Three stars. You can’t get half the golden eggs without three stars. And three stars is tough to do, but it’s pretty rewarding. (wait, I’m really saying I’m proud of myself for playing a dumb game?)

How would you describe Angry Birds to a friend in order to get them to play it?
The best .99 cent addictive game you’ll download. It’s a really good time-filler – waiting at the dentist, long car rides, watching really boring world cup games…but it’s kinda stressful and frustrating if you’re a perfectionist like me. Once I beat all the levels I could, I totally went back and got three stars on all the levels I hadn’t already.

Rovio has done a great job of keeping Angry Birds updated frequently to the point that just as the high wears off, a new update with new levels (or new birds) is released. The cycle starts all over again, where I spread the word of the latest update, say my goodbyes for the next few days, and try not to make any sudden movements while she is slaughtering those “****ing pigs”. I can’t help but admire the simplicity and addictive qualities of this great game, share it with your loved ones if you dare.