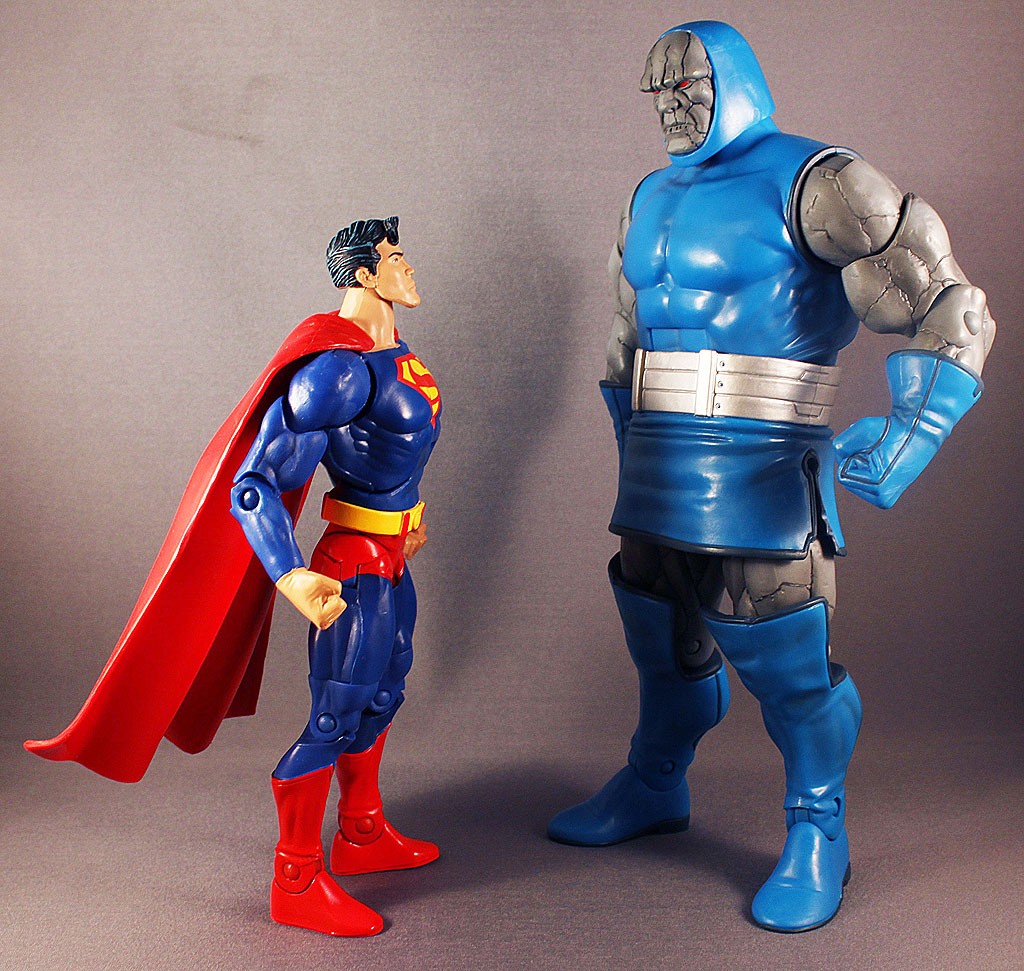 A couple of months ago, I picked up Rage because it was criminally underpriced for $15. While I was enjoying the heck out of the game, I basically ignored the story line because: vanilla. However, as I wrapped it up, it occurred to me that the entire game was based on the premise that the Authority was the Big Bad and that the Resistance was good. It’s not what you’d call a new trope, but the more I got to thinking about it, the more I ground my teeth in frustration. Although I’ve taken a different path, there was a while when I was in law school when I was thinking about going into the FBI; aside from being the closest thing you can come to to being a real-life superhero, I figured it was better to be The Man than The Counterculture, because in the end, The Man wins and hippies turn into yuppies. I’m mostly a by-the-rules kind of guy and always have been. I don’t want to rebel, I want to go work for the Authority and put down the insurgents, dammit!

I’m not the guy you’re going to find defending the dastardly plans of Dr. Robotnik, but on the Dionysian / Apollonian spectrum, I tend towards the Apollonian.  Or, for those without a background in critical theory and philosophy, I fall into the Lawful Y-column of the classic Dungeons & Dragons alignment; depending on the issue, you could probably find that I hold position that would fit neatly into all three X-columns: good, neutral and evil. But regardless of whether I’m aligned with Superman, Captain Picard or Darth Vader, I’m just so damned tired of being the plucky underdog with crappy, scrounged equipment. You know who I played as in Tachyon: The Fringe? Galspan Corporation, not the grungy, self-righteous Bora. I don’t want the world to burn; I want the streets safe and orderly, the bandits rounded up and Sienar Fleet Systems producing sweet-ass personal vehicles, not wrapped up making TIE Fighters! 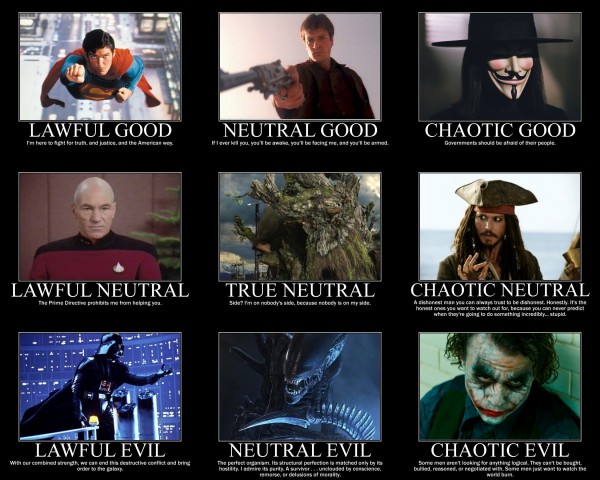 I’m going to go ahead and assume that Capt. Kirk and Capt. Picard would not occupy the same alignment.

It’s not just that, when it comes down to it, I’m a short haircut, creased-pants, tie-wearing kind of guy who respects law and order (although that’s largely true). What I want is a little bit of variety in my damned gaming. You can counter that I got plenty of that as Commander Shepard, but for every Shepard, there are two Nathan Drakes (who is, at “best,” neutral-good and a case could be made that he’s more Jack Sparrow than Malcolm Reynolds).

I know, I know, the majority of games that make it big in the ‘States are aimed at taking advantage of our tendency to root for the underdog and maybe that’s why there’s never been a great Superman game – in more recent incarnations, Supes is basically indistinguishable from a god (one of his greatest rivals, Darkseid, is a god) – how are you supposed to portray a struggle for a guy like that in a story line? Perhaps more importantly, why bother when you can pit The Batman against enemies that, on paper, should squash him like  a bug? 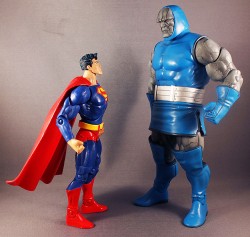 Author’s Note: This is a re-enactment. The people you see are actors portraying the historical event.

Sure, I liked Red Dead Redemption’s story line as much as the next guy (and nearly had to change pants at the games denouement), but how cool would it have been to play that gorgeous game as a U.S. Marshall or  cavalryman, enforcing the long arm of the law in a lawless society, rather than playing the downtrodden renegade? You may see the G-men as the bad guys, but even at the turn of the century, the rule of law was hardly a universal thing in the US. When you need it established and you need it enforced, sometimes you’re going to resort to some questionable tactics. (Incidentally, this is why Lex Luthor wouldn’t last against the Dark Knight).

When it comes to fighting Hyperion, let’s check a couple of things: from the number of self-anointed “Psychos,” I’ve killed just en route to level 17, the planet of Pandora might be better off if they just nuked the site from orbit, just to be safe. Since Borderlands isn’t particularly deep when it comes to the story part, I’m going to go ahead and open the trapdoor on the weird place that’s my mind. In the Pandoran universe, mankind’s expanded so much that they just go ahead and grant entire planets for exploitation to corporations. Hyperion is the rightful owner of Pandora, but they realize that their entire (probably hugely expensive) investment is infested with wild-cat colonizing prospectors, a good proportion of whom have descended into outright savagery. Would I be launching attacks from orbit and trying to wipe out this trespassing population? You betcha. I have shareholders to answer to and I own the damn planet!

Ah, the Star Wars galaxy. Despite the fact that George Lucas seems intent on destroying his best characters, the Star Wars galaxy is a prime example. If you’ve seen Clerks, you know the assumption-of-risk argument presented by Dante and Randall regarding all of the Storm Troopers and contractors working on the Death Star that Luke/Lando so casually destroyed, but did you ever consider the economic ramifications of destroying the Empire? This was a Rome-like government overseeing countless star systems with tens of thousands of Victory-class, and thousands of Imperial-class Star Destroyers (actually, Imperial-class are more like cruisers, but I digress). Do you have any idea how many families are supported by the military contractors who design, upgrade and build those ships? There are 62 turbo-lasers and 60 ion cannons on one ship alone, each requiring R&D and civilian specialists to upgrade their firmware! When the Rebellion, with its handful of Mon Calamari cruisers killed the Emperor and destroyed the Imperator, usurping a legally-constituted government, do you think those contracts survived? Nuh uh. Textbook force majeure exception to the performance of those contracts. Way to go, Princess. Getting out to push isn’t going to jump-start the galactic economy.

Can I Get A Logistics Officer, Please? 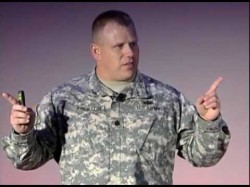 Logistics officer Lt. Colonel Buddy Lee can get you the guns YOU need, WHERE you need them, WHEN you need them. Bottom dollar, guar-on-teed!

I’ll admit, there are some games where you get to play as law-and-order types (you can’t get much more by-the-book than a professional soldier a la Battlefield 3) and that’s fine, but I’m looking for some in-depth, big name games where my job is to go put down a populist rebellion that threatens galactic stability or kick some planet-squatting troublemakers out so we can get back to drilling for unobtanium. I don’t always want lots of realism in my games, but every once in a while it’d be nice to be able to call the quartermaster and requisition the damned armor-piercing ammo I need instead of searching corpses in the hope that one of them’s carrying it because our rag-tag group of fighters doesn’t have secure supply chains.

To sum up: feel free to call me post-war Germany, but I’m just kind of tired of rebelling. It’s gone on too long, I’m tired of being the outcast and I’d just like to have nice things again. Like the friggin’ rule of law, regular garbage pickup and hot showers that you just don’t get as a “freedom fighter.”