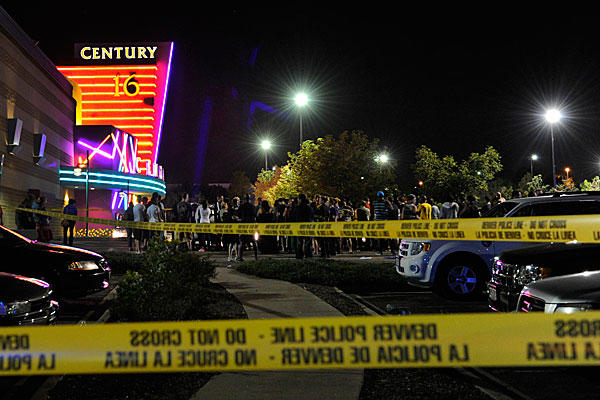 I woke up to the news much like everyone else, and halfway through the day I’m in turmoil over the shooting in Aurora, Colorado at the midnight showing of The Dark Knight Rises. Men, women, and children who attended the movie never expected what transpired to take place. Everyone found themselves in a real, deadly situation with no control over what will happen. I’m in turmoil because I cannot comprehend how I would react to the same situation, and the utter pain I’d feel if I lost someone I loved. 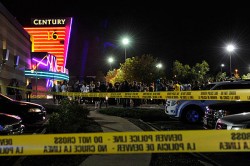 Today, a lot will be discovered in the news about who is James Holmes, the shooting itself, and getting an accurate tally of the victims. Part of me wishes we would stop the sensational coverage of horrific events such as these and focus solely on what really matters – paying our respects to the victims and their families.

Another strong aspect of my turmoil is the anxiety over the coming weeks in coverage and more and more is uncovered about James Holmes. The inevitable race will take shape to find out what caused him to commit this well-planned slaughter of innocent people. Analysts from all walks of life will come out and claim violent movies, messages in music, violent video games, or some other effect to try to connect the dots. This couldn’t be further from the most important part of the story.

I struggled to put myself in the perspective of the victims as the bullets buzzed by. When people made it to safety, it’s hard to imagine initial thoughts wandered to external factors which made James commit mass murder. People were likely worried about their friends, family, and others who were in that theater. By all accounts, everyone was frantically trying to confirm the people they knew were okay. This is where my focus would be as well.

The truth is it doesn’t matter what is found out about James. The blame should squarely be placed on his shoulders. Throughout the history of man, there have been people who do heinous acts of violence unto others for reasons and motives varying on such a large scale. A CNN contributor made several statements on the involvement on violent video games, and many people will notice that and make statements against violence in video games. The true reason is this is what this person wanted or felt he needed to do. In her words, “This was his day in the sun.” This, in my opinion, is exactly what should be said about Anders Breivik instead of the focus on the games he played.

She was careful to say video games don’t make people this way, but they can effectively get you in the mode to kill. They’ve been saying this about movies, books, the news, and any other medium since they became available to us. If this was his “day in the sun,” then all he needed was a very public event with a lot of people. With the promise of extremely high numbers on opening weekend and the already high-volume of coverage The Dark Knight Rises, this is all he needed to finally go through with it. This was a plan which was methodically thought out, and the intent to kill was there all along even if video games were present.

Throughout the day, I’ve seen a high number of fellow gamers jumping to the defense of gaming in this tragedy. It saddens me there is even the need for a defense. If you were in the victims’ shoes, would you care what caused this person to kill? Would you care who the blame was being placed on? I don’t believe I would. I would want my friends and family safe, and I would want the person responsible to be handled the maximum penalty bound by law. Everyone, including gamers, should divert focus back to the people who have suffered through this experience.

My heart goes out to those who had to live through this tragedy. I know it may not be much right now, but please know there are so many out there with you on our thoughts.