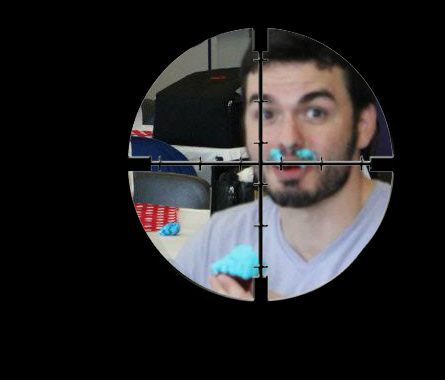 As humans, we love to organize ourselves and others into convenient little groups. Whether it’s a means to identify a friendly clan of like minded individuals or a way to protect ourselves from those who may cause us danger, this generalization has a very primitive foundation that was most likely derived from the fight or flight mechanic that kept our species alive. In today’s society, such a mechanic can often have a negative impact on modern day man and woman, often times leading to the prejudice, oppression and persecution of a broad group of persons with similar characteristics while ignoring their individual differences. 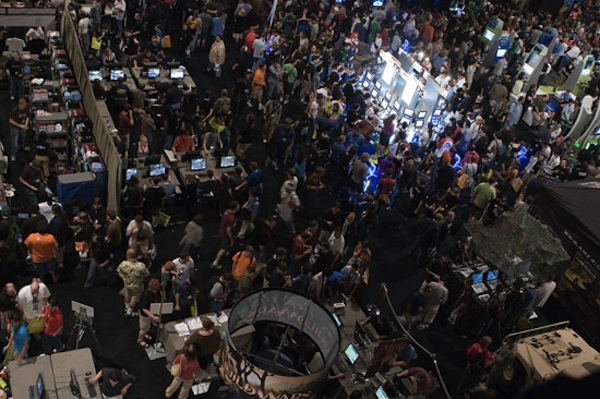 I see a few individuals actually.

While gamers haven’t even come close to dealing with the atrocities that were inflicted upon truly marginalized groups, we’re still being seen as a massive group as opposed to individual hobbyists or consumers of an entertainment medium. We’re also viewed in a negative light by many and are being asked to change our ways or suffer the consequences. I’ve come to the conclusion that “gamers” don’t really have to change their behavior if they don’t want to.

When I talk about the way we’re viewed, I’m not speaking about the basement dwelling, unemployed loser who can no longer connect with the outside world. In my opinion, that stereotype isn’t nearly as damaging in this day and age because gaming has become far more mainstream that it ever was. However, a vocal minority of gamers has risen up in this age where anonymous internet personas clog the web with immaturity, ignorance and hatred. Instead of rolling our eyes at these groups and being slightly uncomfortable but nonetheless apathetic by their presence, we give them the attention they need to continue to thrive. On top of that, we take it upon ourselves to make changes or apologize when it’s not our responsibility (assuming that we belong to the group that doesn‘t spew filth on forums or during online play sessions). 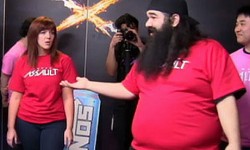 This guy represents gamers about as much as Charles Manson represents American men.

This idea of gamers as a whole is no different that say readers as a whole or movie goers as a whole. We may enjoy one single type of game, genre or franchise and may hate another, which means there’s a far more complex group dynamic going on than merely “those dudes like playing video games.” I love games as do people that play sports games, but we probably wouldn’t have a whole lot of interaction based on the fact that I don’t really play sports games. I also don’t feel like I could be a representative of people who enjoy sports games because I have little frame of reference for them. That being said, what all people who played sports games also had a tendency to abuse their loved ones verbally? Should I take it upon myself to approach these people and tell them to shape up their act because they’re making the rest of us look bad? Absolutely not. That’s like people that enjoy romantic comedies having a heart to heart with porn lovers because of the impact it has on other movies.

Not My Problem. Why Should I Feel Bad?

Frankly speaking, I’m tired of apologizing. I feel like we have to tip-toe around certain subjects because of the impact it may have on this large gamer group that really isn’t a group at all. The fact is, constantly apologizing means we are taking responsibility when we shouldn’t. I don’t hang out on forums, I don’t slander women or other races and neither do the groups I associate with. When they do, I leave them. Pretty simple. If I were to do something stupid, I expect to suffer the consequences as I’d hate for everyone else to feel guilt for something I did; an individual with my own brain and my own freewill.

I realize that there are a ton of idiots out there and they say some pretty horrible things, but those are the individuals that need to be targeted not the rest of us. The website Fat, Ugly or Slutty does an excellent job of taking the fight to the source by publishing the comments made by these individuals, thus airing out their dirty laundry as opposed to generalizing gaming culture on the whole as the problem. Being gamers themselves, the ladies that run that site realize the damage that could be done if their efforts were misdirected. People have to realize their own faults and take care of their own problems because the fact of the matter is, impacting massive change has to start with individual education not conforming to a set of ideals and principals force fed to a massive collective. 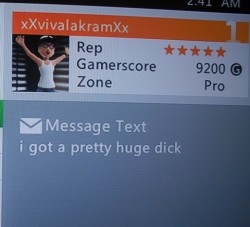 Well I don’t have a huge dick nor would I brag about it if I did. Take your grievances up with this guy, not me.

I’ve struggled with this for a while now because as a former social worker I’ve always felt it was my responsibility to impact change. One person can do a lot when it comes to educating others and helping them to see past the misconceptions they’ve held on to for a while. Yet there’s a phenomenon in social services that derives from this idea but ends up doing more damage than it helps to fix. The rabid social worker, teacher, etc wants to get their point across so they attack those that they feel are against change and often times pull lesser offenders or innocent people into the crossfire. In doing so, they alienate those that could contribute to their cause and give the cause itself a bad reputation. I remember getting in some guy’s face for parking in a handicap space, which suddenly turned into me ranting about how he didn’t care about handicapped people. The fact of the matter was, he’d been in a hurry and hadn’t thought about it and actually had a family member that was handicapped. Still, he apologized profusely. This guy wasn’t the problem but I felt he should be responsible for situations outside of his his lackadaisical parking choice. That doesn’t make any sense at all, yet that is what happens on a regular basis when it comes to gamers. 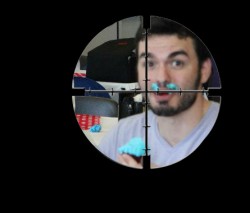 Don’t shoot, I keep my opinions to myself!

Responsible gamers have a hard enough time being responsible gamers and still feel like they have to be responsible for those that are not. Jerks, bullies and ignorant people will always exist, that’s the reality of it. We should ignore them and if you truly want to do something to change things than have at it. However, those gamers that just want to enjoy their hobby and stay out of a mess that they can’t control should feel be able to do so guilt free.