This week’s REPLY TO ALL is going in a different direction. Instead of being inspired by someone else’s idea, I came up with my own question. What is your favorite game on the Nintendo Entertainment System? After going all over the place and mentioning all kinds of games, we’ve decided to break this week’s post into two parts. The first part will follow shortly and you’ll have to wait until next week for the second. So you’ll just have to come back next week to read the stunning conclusion to your favorite game on the NES.

My choice is going to be a controversial one, but Zelda II: The Adventure of Link is my favorite Nintendo Entertainment System game of all time. I played it before I played the first Legend of Zelda so that might be why it’s my favorite. 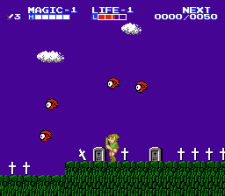 One of the coolest stories in my video gaming life had to do with this game. My friend’s house got struck by lightning with the game in the system. For some reason the lightning strike powered up Link to the point where he was invincible. I have never heard of anything like that happening before or since and that made the game memorable on a whole different level. I loved the mixture of over-world exploration and side-scrolling action that was completely different from the first iconic game. I like it so much that i’ve bought it on the NES, Wii, and Gameboy Advance. I know I’m probably the only one who loves this game but it is what it is. What say you?

Well, like I said in the The Horrible Show this past week I’ve never played the NES Zelda games. It’s very sad, but very true. I didn’t start playing Zelda games until Ocarina of Time and have loved them since, but never went back and played any prior to that one. Soooo… I can’t argue with you that Zelda II is or isn’t awesome. That lightning story is pretty wild, though! I wish lightning would hit my house and make ME invincible… that would be so sweet. But yeah that’s pretty crazy that it changed just one thing in the game like that and didn’t fry the whole thing! 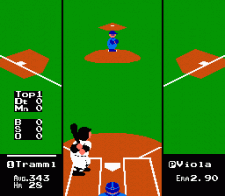 Yeah let’s go with R.B.I Baseball. This may come across as a lame choice considering all that’s out there, but I still love playing that game. I’ve been praying for a Tecmo Bowl Throwback-esque remake of R.B.I. so I can play it over Live. I’ve seen rumors here and there about it, but nothing that gives me warm and fuzzies about a real probability that it’s gonna happen. I used to play that game with one friend in particular ALL the time. We would get into some intense games. To me, it’s amazing to think how a game as simple by today’s standards can still be hella fun and even intense, yet still accessible to the more gaming challenged who can still pick it up and play… but I digress.

Congrats on the Game Genie from God Cole. Sounds like it was more reliable than the one I got from Galoob. This is a really tough decision for me. There were many games for NES that I loved and hated. Most of the hatred came from that particular game being ridiculously hard. I’d almost say Battletoads, but I fall in the category as most did of never being able to get past the speeder bike level.  That’s just frustrating so screw Battletoads. Contra was the same way.  Loved it but I completely suck at it. So for me it ends up being Super Mario 3. 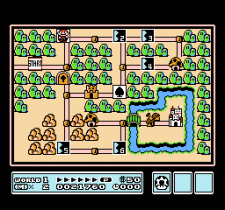 The start of a whole new world.

I feel like it was one of the first perfect side scrolling platform games.  I originally got hooked on it after watching The Wizard (which i’ve probably seen 100 times). I remember running out to the local video store and renting an NES because I didn’t have one yet just so I could play it. The worlds and levels were creative, the power-ups were awesome, and as a kid I could actually beat it straight through.  The tanooki suit was great and I always loved turning into a hammer brother even though I usually just died right away.  You can’t hit anything with those hammers. Swimming under the boat and using a p-wing to fly over the gun ship in level 8…. ahhh sweet memories.

I’d like to start by saying Cole is either a liar or did drugs as a child, and that Galoob is a fantastic name for a company. I don’t doubt that lightning powered up Link, but I think it also fried you brain to make you think Zelda II was fun at all. That game was a fucking chore and should be buried along with the CDi version so that they are never spoken of again.

Rob, you are getting me excited about the potential for a new officially MLB licensed RBI Baseball. There is something timeless about the gameplay of that series that future baseball games never captured. I applaud your choice (I think you made a choice).

Fantastic choice in Super Mario 3 as that is game may actually be perfect and is the moment that Nintendo achieved true greatness. You also get bonus points for referencing The Wizard and The Hammer Bros suit, as it is the most underrated of all of Mario’s clothing choices. I am concerned that you couldn’t beat Super Mario 3 or Contra though… neither game is hard. It does help to be drunk while playing them though.

I do not believe you can just go around asking people what their favorite 8 and 16 bit games are without a license. What a huge question. I should cop out and say Castlevania II: Simon’s Quest is my favorite game from the NES, but truly the game I obsessed over the most was Castlevania III: Dracula’s Curse. 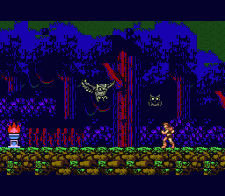 The curse of Dracula

I beat the game every which way possible, and couldn’t stop replaying it. It was one of those Christmas presents where I abandoned my family for the rest of the day. I was mesmerized by the ability to switch characters in a Castlevania game. My favorite was the pirate, Grant, since he could crawl along the walls and ceilings. For some reason, this game is forgotten by most when they look at the original titles in the series. I loved the variety and it started my obsession for trying to get to every corner of every level in hopes of finding a secret. Not to mention, that Trevor Belmont was my avatar on about every site for my first years on the internet.

I never owned my own NES and unfortunately I couldn’t get my parents to rent a console for me. The exposure I did get with it was limited to the time I spent at my grandparents house playing my uncle’s NES. One thing I can say about all of this and agree about with all of you is that RBI Baseball has to be one of my most memorable experiences. Baseball was most definitely a big part of my life, and my family’s life when I was younger, so when I did get a chance to play the NES, I spent a lot of time playing Baseball games. 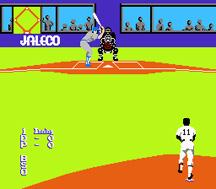 Another great baseball game on the NES

The one other Baseball game that really caught my attention was Bases Loaded (and later on Super Bases Loaded on SNES).

Those Baseball games were accompanied, of course, with the classics like the whole Super Mario Brothers series. I didn’t discover the beauty that is Super Mario 3 until I was late into my high school years. Somehow I missed that particular game when I was younger, I’m guessing that my grandparents just didn’t have the resources to buy yet another Mario game at the time. In college when I discovered that I could mod my xBox and later the Wii to play old ROMs, I went back through those older NES games and played almost every NES and SNES game ever made, including Super Mario 3. So it’s a great game, it just isn’t a game that I can honestly consider one of the greatest of the time (since I never did play it during “the time”). Zelda is another game in a similar boat, I’ve still, to this day, only played about 5 total minutes of Zelda 2, though I suspect if lightning had struck my NES and I was invulnerable, then I’d have some fun with that one as well.

Jesus crimony, Dustin! You played almost every NES and SNES game ever made while you were in college?! And when did you actually do, like… college stuff? That has to be like a million-ba-trillion games or something!
I don’t have a lot of room to talk though… I spent most of my college days playing GTA…. but anyway… off topic.

To be fair, I said I played almost all of them, not necessarily finished or beat all of them. Keep in mind that a vast majority of NES and SNES games were rubbish and for many of them only a few minutes of gameplay was enough for me.

What is it about those 8 bit games that makes us keep playing them vs the other generations? I’d lump 8 and 16 bit together on the emulation front, but with the advent of Game Room I’m just not getting the same thrills by going back to play the Atari games, let alone playing through much of the N64 of Playstation 1 games. Maybe in ten years I’ll revisit my PS2 and Xbox games, but those early 3D polygonal games just don’t hold up as well as the classic 2D games and their pixel art. I bet they had no idea that simple style that confined them for so many years would end up being so timeless. 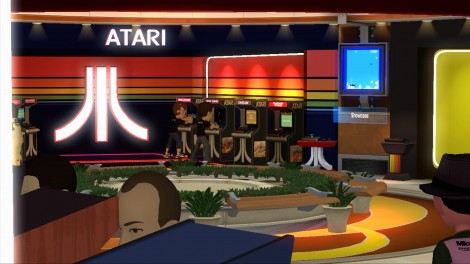 One place where you can play old games.

It’s no surprise that we each have different games we came to love over the life of the NES. It’s interesting to see what games stood out to some of us while others went a whole different direction. In part 2, which you will see next week, we go even more obscure with some of the games we loved as children.

4 Comments → REPLY TO ALL: Favorite Game on The NES