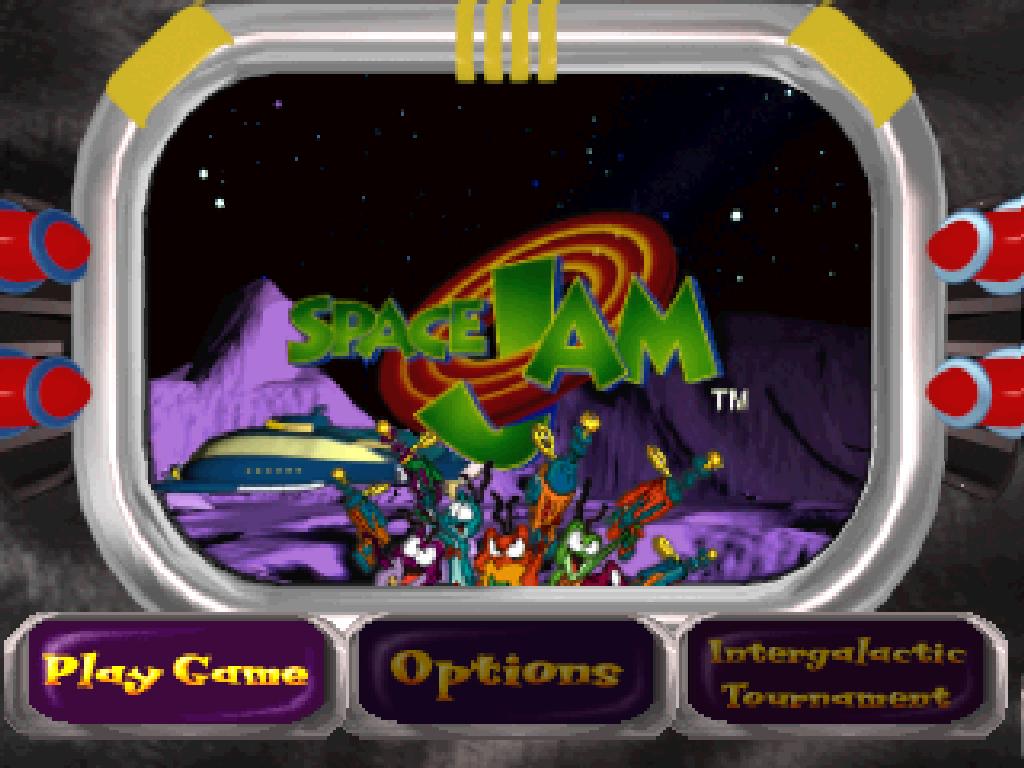 In 1996, aliens known as the Nerdlucks came to Earth and stole the basketball abilities from a who’s who of NBA superstars. Fortunately for everyone who enjoys freedom, Michael Jordan, Bugs Bunny and a host of other Looney Toons teamed up and sent those skillset stealing jerk-offs back to where they came from (well, they actually ended things on a more diplomatic note, but we’ll ignore that for now). What happens, however if a similar situation occurs in the near future? Obviously, the best place to find tips and tricks related to overcoming a scenario like Space Jam is by watching Space Jam, but most importantly playing the Space Jam video game. 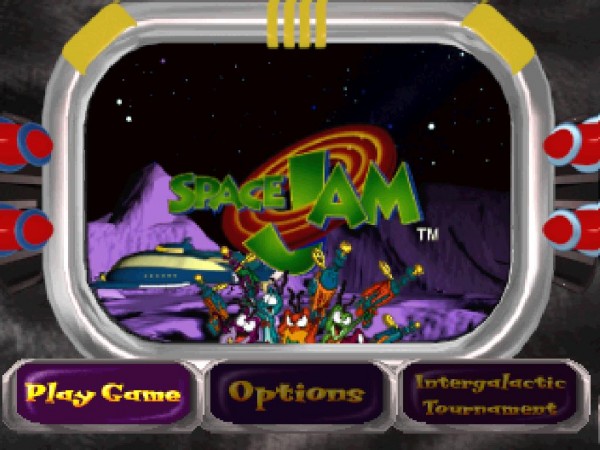 The Lessons of Space Jam

There are other worse alien possession scenarios outside of basketball players 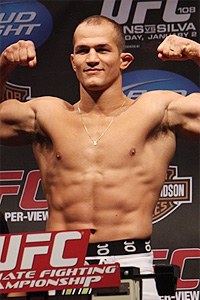 I learned something today. While the prospect of aliens possessing the abilities of a Lebron James or Dirk Nowitzki is pretty scary, what if they decided to veer off the court and head for the gridiron or even worse, the freaking octagon? While Larry Johnson, Patrick Ewing, Charles Barkley and Shawn Bradley were all pretty big and bad dudes, the Nerdluck versions of them seemed like they were even bigger and badder. Could you imagine what the Nerdluck version of current UFC heavyweight champion Junior Dos Santos would be capable of doing to his Looney Toons opponent? While I realize that the government has been preparing people to play hoops for freedom in the event of such a crisis, we need to expand that to every sport possible just in case. We don’t want to be caught with our pants down, regardless of whether or not everyone gets a good chuckle out of our polka dot boxers and the zany sound effect that occurs as a result. Thanks, Space Jam.

We should force our best athletes into retirement

I learned something today. Had Michael Jordan not have retired from basketball, then the Nerdlucks would have most definitely stolen his powers making the possibility of victory far out of reach for the Looney Toons. It was pure luck that the Nerdlucks and their evil boss Mister Swackhammer missed out on Jordan, but when luck runs out, preparation is always there to pick up the slack. To avoid losing any similar sporting events to the likes of unethical alien menaces, we need to force the best players in every sport into early retirement. Sure, we’d be cutting them down in their prime and stealing an opportunity from the fans to see their favorite athletes make history, but the ability to trick aliens into stealing the powers of lesser athletes would be well worth it. Freedom ain’t free folks, we all have to make sacrifices. Thanks, Space Jam.

People that aren’t pro athletes can still do their part

I learned something today. While the roles of professional athletes in a Space Jam-like competition are pretty obvious, normal folks need to do their part as well. Daffy Duck wasn’t exactly the best basketball player out on the court, but he did his part by assembling Michael Jordan’s uniform before the event began because Michael can’t play ball without his lucky North Carolina underoos. Despite not throwing up points like Jordan, Bugs, and Lola, Daffy did what it took to help out. You think gathering clothes is easy? Try doing it in the form of a cartoon duck while Charles the dog is tracking your every move. I guess the point is that everyone can do their part, so don’t let your lack of height or athletic ability deter you from helping cartoon characters battle aliens. Thanks, Space Jam. 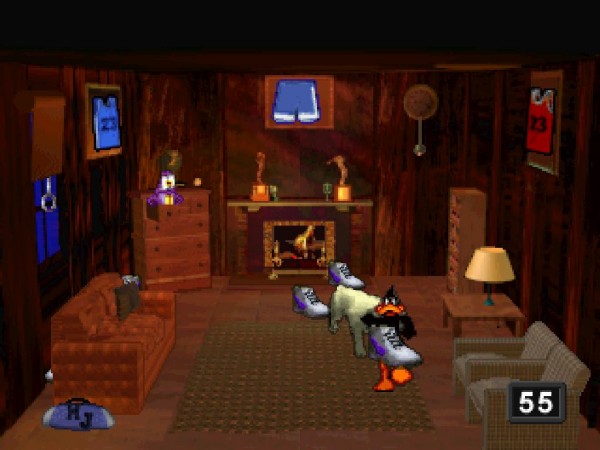 It’s a tough job, but somebody has to take on the peon duties.

I learned something today. I’m not one for bestiality, but I’d totally make with the private part mash-up if Lola Rabbit was involved. If real rabbits looked like Lola Rabbit, I bet people would frequent petting zoos and rabbit nurseries way more often. Rabbits already hump like mad the way it is, could you imagine how much humping would be involved if humans were sexing up rabbits as much as rabbits sex up rabbits? Holy cow, the world’s population of human rabbit hybrids would triple in like two days! Wipe your brow on this one fellas. Thanks, Space Jam. 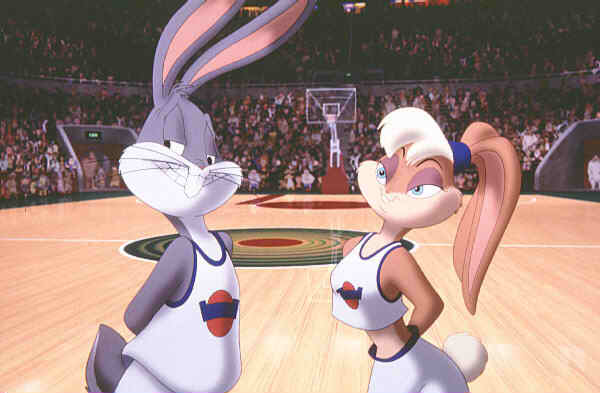 Did somebody say bunner (a bunner is a boner caused by the sight of a bunny)?

Space Jam may have been a fun, family friendly film but the prospects of a similar situation happening to modern day Earth could be bad. We have to be vigilant and take the hard but necessary steps to ensure our liberty and the liberty of fictional worlds inhabited by anthropomorphic creatures. Oh, and we’re really lucky that rabbits aren’t super hot. Thanks, video games.