I tend to be an observant person. I pay attention to what is going on around me and develop my opinions based on what I see. I especially enjoy observing what games the younger generations are playing.

Sitting in an airport can teach you a lot about what kids are playing today. As it isn’t a trip to the airport until a kid runs into something because he is preoccupied playing a DS game. While on vacation recently, I discovered that there were several kids involved with games that can’t be played on a platform ending in a DS. I noticed a kid playing Minecraft while waiting for his flight. I was truly stunned to see him with a laptop on his lap hacking away at stone. I knew that kids enjoyed the game, but I didn’t realize that they liked it enough to lug a laptop around on vacation.Prior to playing Minecraft on the Xbox 360, I never even considered the demographic of the game. From what Josh has said over and over, is that the kids that come to his video game center, Net Heads, look forward to playing Minecraft the most. I can see how younger children would like it considering the game celebrates and encourages creativity.

Something has really changed around here

No matter your personal thoughts on Minecraft, we have to recognize that this is one of the most successful indie games of all time. Personally, I have been kind of trapped recently in thinking that the majority of video game consumers are dude-bros that buy at the same two games a year. Don’t get me wrong, I enjoy some of those titles but my library is more diverse than a dude bro’s library despite the amount of sports games I play.

It is no secret that kids these days enjoy watching videos on YouTube about video games. I am sure the amount of videos on the internet showing gameplay of military based shooters has to easily be in the millions. User created gameplay videos have exploded online during this current generation of games. Unfortunately, these videos tend to reflect what has become the new stereotypical gamer, and these videos are a dime a dozen. Imagine my refreshing surprise when I recently saw a kid watching The Binding of Isaac gameplay videos. This opened my own eyes a bit as I had never considered looking up a gameplay video for any indie game. The overall reach of indie games has been growing slowly, but now has an extensive reach that many gamers may not realize.

Not just for kids today, but for the kid I used to be

Personally, I have been very slow to get on board with indie games over this generation. I have never been a big PC gamer, which has been a large barrier of entry for me, and now I wish that I would have jumped on board earlier. The overall appeal of indie games (to me) is that a lot of these titles are rooted in the nostalgic game themes from my childhood. They also visually remind me of classic games. For example, Spelunky gave me a very big first impression that sums up my general feelings about indie games. When I was a kid, I always wanted an awesome Indiana Jones game for the NES. I was a big fan of Dr. Jones and thought that running away from massive boulders and whipping bad guys would make a great video game. Unfortunately, we never got that game, but now thanks to the indie game market that game has been made. To me Spelunky is everything I wanted in an Indiana Jones game and more. There is challenging platforming, treasure, snakes, and a whip just to name a few of the great parts in this game. As you would expect, the Xbox Live Arcade version of Spelunky has a lot more style than the original. Even the original version of the game has the look and the feel you would expect from a treasure hunting platform adventure. Indie games today are being made by guys like me that miss particular elements of classic games, or they are making titles to fill genres that they feel aren’t getting enough attention. To me developers exploring the classic themes give us more reasons to explore the entire indie game marketplace to find some hidden gems. 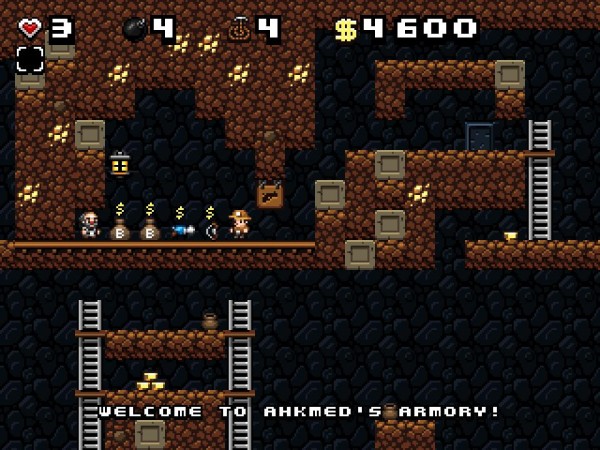 I would have whipped a snake to have the original Spelunky as a kid.

So where have all of these observations led me? It has become very clear that like its indie film brethren, indie games have become more mainstream over the last five years. These last few years in gaming should be called the Indie Boom, but there is still work to be done if indie games will truly reach the masses.

The only console model that I have personally used for purchasing indie games is the Xbox. I recently purchased the new Penny Arcade Episode 3 on Xbox Live Indie Games, and lived through the reality that Microsoft has done nothing to make indie games accessible. After well over half a decade, Microsoft is still terrible at promoting and celebrating indie games. We all know the horror stories of Microsoft not putting featured games on the marketplace at the stated contractual time. Microsoft could currently benefit from a new indie promotion as the dominance of indie games remains in the PC marketplace. One recent rumor that had my mind spinning, and that was the intriguing potential of a Valve/Steam Box. The idea of shipping Steam in a box would produce an even better PC model for delivering indie games to the entirety of the gaming public. At this point, the console maker that truly gets behind the indie genre not only stands to make a lot of cash, but also has the opportunity to expand their brand very easily. The major console makers need to realize that consumers want indie games on consoles and they want them to be as easy to find as possible. 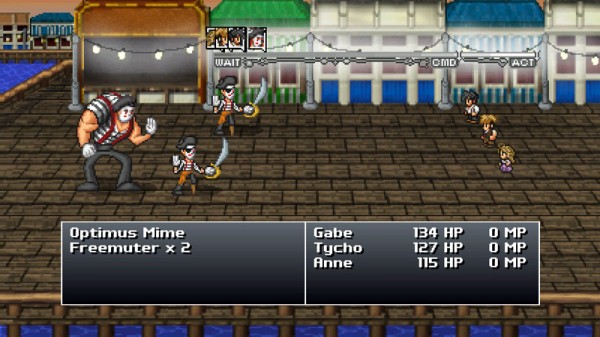 I come for the humor, but stay for the mime fights.

The indie game market has started to change how I approach games. Naturally, I am still going to buy the major triple A titles that I enjoy, but I have become more aware of the vast diversity of indie games. Right now there are indie games for sale (or free) that can give me specific gaming fixes that no triple A title will provide in the foreseeable future. We need to continue to celebrate the indie genre, and recognize that indie is has become a very large and important genre. Now, instead of deciding how to promote the little guy, we should start thinking about what we can do to help the little guy grow. I would love to see an indie game become the next great franchise, or the first big hit of the next console generation. Indie games are here to stay and will play an even larger role in the future of the industry.

2 Comments → The Indie Boom Has My Attention