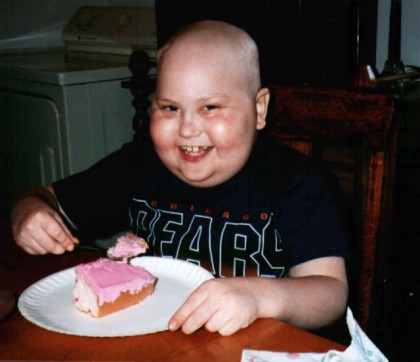 According to Saturday’s article in the New York Times, ‘Exergames’ Don’t Cure Young Couch Potatos’, covering a study published earlier this year Pediatrics (the American Academy of Pediatrics‘ official magazine), if your kid is a lazy slob, buying him or her a Wii in hopes of slimming them down isn’t going to make a measurable difference. This is contrary to the earlier expectations when lab studies had indicated that the more physically vigorous Wii games were good exercise.

It turns out that, while kids (and parents) would play the active games for almost a half-hour on average at the outset of the study’s time-window, by 6 weeks, it had dropped to a daily average of just 4 minutes per household. The explanation offered was that there was a trade-off going on, that while the kids were more physically active (at the beginning) there was no net gain because they were more sedentary at other times of the day; in addition, changing a lifestyle from sedentary to active is a hard transition. 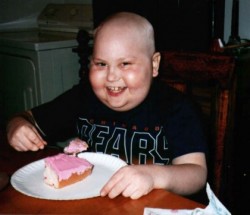 It’s not hard. Take away his cake and then start running.

Part of me isn’t surprised by this, but I have to take issue with the article’s closing remark: “For physical activity that brings measurable health benefits, kids need things like real balls, real rackets and real courts.” I suppose that’s true, but I think the element that’s being dismissed here is a common one – that of parental enforcement and responsibility. (I’m saying that with full awareness that, as a non-parent, I’m probably pissing some parents off). Addressing the issue of a sedentary lifestyle (or transitioning to an active one) is not a problem of “which kind of activity,” that’s going on, it’s an issue of providing structure and enforcing it. If parents want to force that transition from sedentary to active, whether it’s playing outside with the kids (or sending them outside, anyway) or telling them that, if they’re going to play games, they need to play X amount of Wii Fit (or whatever), they’re going to need to deal with the whining and stick to their guns instead of taking the path of least resistance (which leads to butterball kids).

4 Comments → Lazy Kids with a Wii are still Lazy