Things come and take the mantle of “Next Big Thing” seemingly every few months. I hate to put his name anywhere near our wonderful website here, but Justin Bieber is that for tweens everywhere right now. It’s like in the NBA, every journalist is always ready to lay the crown of “Next Michael Jordan” on the first person they can, and often times it doesn’t work out, just ask Harold Miner. For someone to make a statement like that takes a little bit of gumption because you have to be prepared to be totally and utterly wrong on every account. If you can take the chance of becoming a media laughing stock than by all means, go ahead. But be warned, huge proclamation statements like that can come back to bite you in the ass.

This is not better than...

I’m looking at you Eric Hirschberg, new publishing CEO of Activision. You claimed that Call of Duty is this generation’s Star Wars trying to make a splash before you start your job in September.

Granted, monetarily you might not be far off. The two Star Wars trilogies have made a combined $4.3 billion. The Call of Duty franchise has made over $3 billon. They are definitely close in numbers, but wait. That’s only box office earnings for the Star Wars franchise. I won’t even get into the amount of money Lucas has made with all the tapes, DVDs and action figures. Nice try Activision, but you aren’t quite at their level, yet.

Which brings me to the whoring out of both franchises. At least George Lucas seems to be done on the film side of the Star Warsuniverse. There will be many more games, TV shows, and action figures to buy in the years to come. It seems like Activision is just getting started.

Yeah, I’ll admit to buying both of the Modern Warfare games. I bought the first one cause I thought it looked cool and wasn’t just another “World War II” shooter. 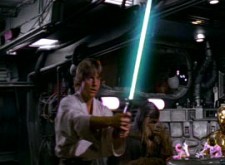 I bought the second one because I trusted the developer Infinity Ward and knew that their improvements to the standard they set in the first one would make the game even more fun. It didn’t hurt that a bunch of my friends all bought the game the same day so we could play multiplayer. However, I did not buy the game in between, nor will I buy any more Call of Duty games from here on out. Why, you ask? Because of what they did to Infinity Ward and the fact that I’m basically done with the series as a whole. I still play it here and there but the game just got stale too quickly because it was more of the same. And I’m afraid that’s what the Call of Duty franchise will bring to the table from here on out. 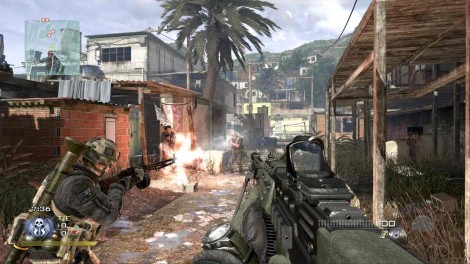 What is it about Call of Duty that makes it so memorable? Is it the story, the characters or the universe? None of these things matter to Call of Duty and their fans. The only thing that stands out to everybody who knows about Call of Duty, especially the later games in the series, is the multiplayer. There is no universe to expand on like Star Wars. Nice try, Hirschberg.

How Many People Have Heard of You

In terms of pop culture, Call of Duty has no chance of being this generation’s Star Wars. Try conquering one medium before going on to another. You are only in games. Talk to me again when you have books, movies, and toys. I have a few other pieces of entertainment in mind that might take that crown, and some of them I hate to admit:

Halo Franchise: Still not as big as Star Wars but arguably more influential than Call of Duty. It brought modern shooters to the consoles and showed how they could be successful.

Final Fantasy: Again, it’s hard to measure the actual impact of the series because it spans over 23 years and all major consoles. 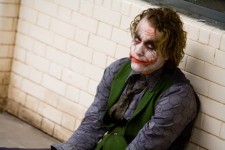 Christopher Nolan’s Batman Series – Batman Begins, The Dark Knight, The 3rd One that will hopefully be made soon.

Harry Potter – Too many films to list and a way larger fan base both on the filmgoing side and the literature side.

And finally, though it pains me a great deal to say it…The Twilight Saga. Dude, you really think Call of Duty is bigger than Twilight? Not until you have tween girls everywhere asking “Are you like, on Team Soap, or like Team Roach?” will you be able to make the statement that you are this generations Star Wars.

I’m getting angry at the people at Activision while I write this article just because I’ve mentioned Bieber and Twilight in trying to prove a point. Never again will I stoop to such levels to try and get my point across.