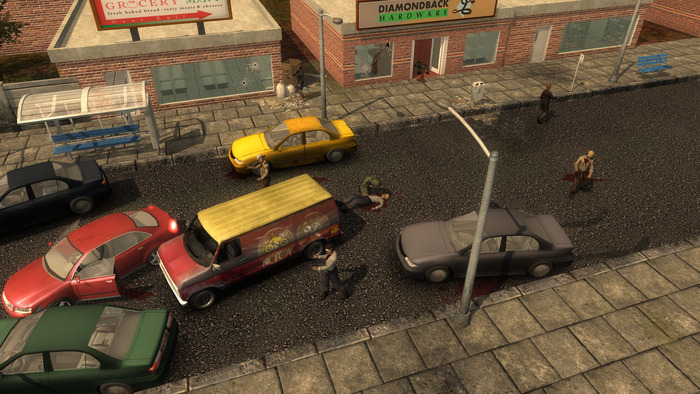 DoubleBear Productions’ zombie RPG Dead State has hit its Kickstarter goal of $150,000.00 thus giving everyone who’s sick and tired of zombies something to groan about. Should you be one of those aforementioned folks, you should probably rethink your hostility because from the looks of it, Dead State is doing quite a bit to separate itself from the type of zombie slaying action gamers have grown accustomed to. 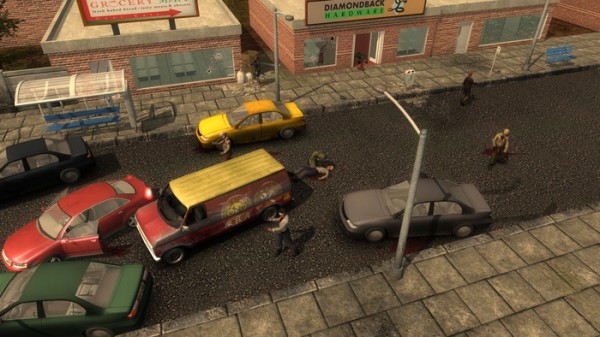 It may be a turn based game, but I think I’d rather not give the zombies their chance to bite me regardless of whether or not that is breaking the rules.

Dead State puts you in control of a group of survivors holed up in a school located in a fictional Texas town. Rather than head out on an action packed, gore filled romp, your character will be tasked with keeping the group safe, fed and most importantly, alive. It appears as if the game play will be split between managing resources/ improving your safe haven and exploring the landscape in search of food and other essential supplies. The battle system will turn based though the developers are quick to point out that fighting isn’t always the best choice when faced with zombies or looters.

My zombie obsession took a bit of a vacation over the last few months so that I could adopt a medieval fantasy obsession, but that doesn’t mean that  I’m completely oblivious to what’s going on in the world of the undead. Dead State happens to be a game that I got really excited about last year and with its focus on a more realistic approach to the zombie apocalypse, I’m ready to launch myself full force into the legions of flesh hungry corpses yet again.