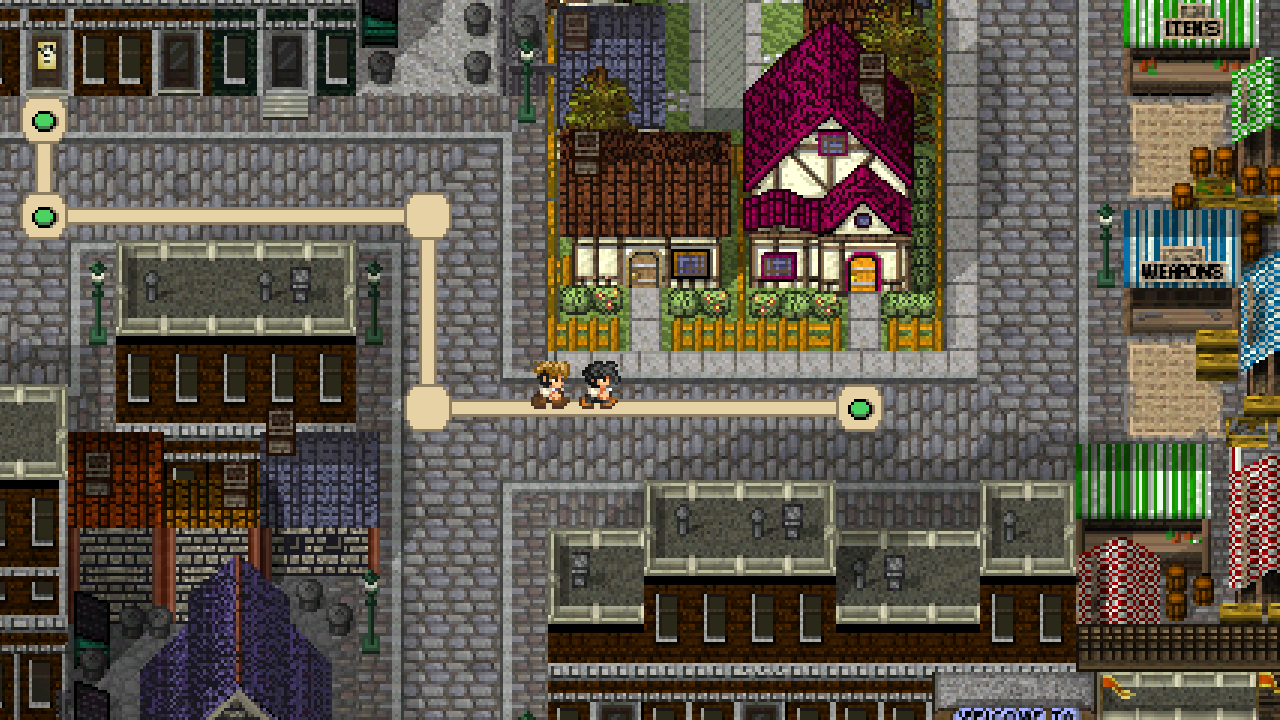 The latest Penny Arcade game plays like a greatest comedic hits, smashing mimes, hobos, and fruit-loving robots between toasted slices of bread and then punching that sandwich until you can’t even tell what it used to be anymore. Zeboyd Games further continues the adventures of Tycho and Gabe after Hothead Games’s last entry, albeit with a different style. Those familiar with previous offerings from Zeboyd, such as Cthulhu Saves the World, will be right at home with Penny Arcade Adventures: On the Rain-Slick Precipice of Darkness – Episode 3, but the rest may have a bit of adapting to do in the long transition from Episode 2 to 3. Either way, this third episode offers up some enjoyable old-school RPG action mixed with an entertaining and sometimes convoluted tale. 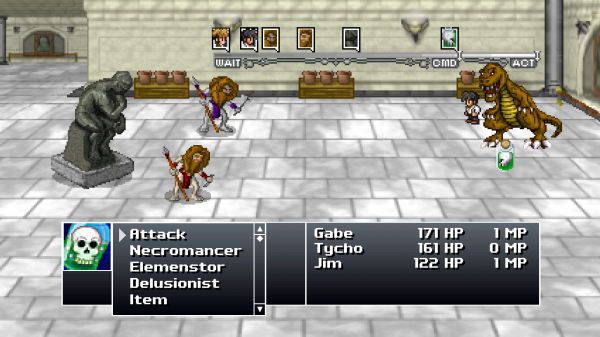 Just a heads-up: I’m one of those people who hasn’t played the first two episodes. In fact, I picked them up during a Steam sale not too long ago and completely forgot I even owned them. With that out of the way, I still found myself able to take interest in the happenings of Rain-Slick 3 with no prior research. To sum up the main story, a special book known as the Necrowombicon gets stolen and Tycho, Gabe, and friends chase it down. The chase provides for loads of clever writing, jokes and strange diversions into video game and geek culture. Part of the fun is simply wondering what will happen to the guys next as there’s no telling what goofy horrors lie in wait within the next dungeon. The rest of the fun is reading through the interactions between the characters as the charm and spirit of Penny Arcade easily shines through. When it was over, I was left wanting more and waiting is always the hardest part.

An eternity of retro punches

What happens between a robot horde and a fruit stand is none of my business.

Rain-Slick 3 continues Zeboyd’s ever-expanding love letter to RPGs that look like they jumped out of a Super Nintendo. Navigation happens on a map similar to Super Mario World and each of the game’s chapters takes place in a themed level, whether it be the local pier or the nearby alley. Once inside, combat is initiated by colliding with visible enemies and then turn-based battle ensues. There’s an addictive flow to combat and the gameplay has a comfortable depth to it. Enemies can be interrupted (which pushes them back in the attack queue), there are strengths and weakness to magic, and characters utilize complimentary actions from one of several classes available.

Experimentation is often rewarded, though I found myself in a trance by the halfway point, constantly inflicting all enemies with the hobo disease and planting a healing garden for my party. Things get hairier toward the endgame, but I found it riskier to mix up my tactics by that point and prior enemies unfortunately aren’t in the business of respawning as your personal training dummies.

There’re also no diversions to Rain-Slick 3 in the slightest. No mini-games, arcades, casinos, battle arenas or side quests at all. While the story and characters are compelling enough to keep the momentum moving forward, the experience is mostly static in its progression with only the allure of assigning classes to characters to provide your own personal input. There are shops on the town map that buy and sell a small assortment of weapons and items, but it’s all about better stats and seems foolish to not get strapped with the best equipment. I would have loved a couple more ways to invest my time into this adventure.

Dripping and oozing in rich old-schoolness

The 90’s called and it’s looking for Rain-Slick 3 (and some of my old shirts). The aesthetic is sharply pixelated, conversations are had via character portraits and the music takes you back to a simpler time. The main theme is memorable enough and I’d sometimes find myself just sitting at the title screen just letting it loop as I performed the most mundane of tasks (pouring juice is suddenly more sophisticated). Enemy types are plentiful, creatively described and just plain fun to see in battle. I did find myself wishing that there were a few more sound effects as you’ll hear the cursory noise constantly during battles, menus and maybe even your future nightmares. 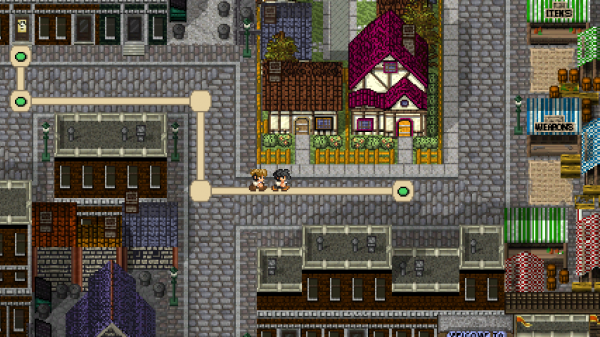 On the town map road again!

It didn’t take long to get through Rain-Slick 3, but the journey was fun even as a newcomer to the Penny Arcade Adventures series. As a fan of the comic, I spent the whole time laughing to myself when I wasn’t too busy punching and shooting a fancy dinosaur just for being in my way. I don’t know if or when I’ll begin another playthrough, even with its multiple difficulty settings, but the option is there for those who can’t get enough. There might not be any huge departures from previous Zeboyd games, but Rain-Slick 3 is still a well-crafted and entertaining experience and anyone looking for a new game with a classic feel shouldn’t pass it by.

Perhaps the best part of Rain-Slick 3 is its insanely affordable price. For $5, you get a role-playing game that’ll last you around 8 to 10 hours the first time through. It’s well worth the gamble if you’re on the fence either about the gameplay or the Penny Arcade branding. At worse, maybe you don’t buy a greasy burger for lunch now. At best, you spend a couple of days on your butt laughing. Value score: 5/5