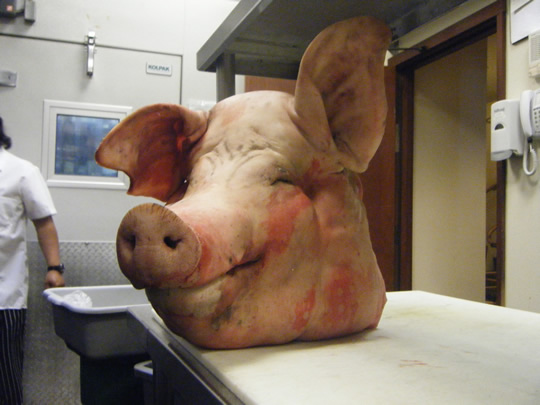 As some of you may know from previous articles/podcasts, I’ll be embarking on an international adventure at the end of the summer. My wife, the perpetual ladder climber that she is, has accepted a really great position within her company, a position that requires us to move from Indianapolis, Indiana to Berlin, Germany for about 2 to 3 years. As great as this move will be for us (both financially and in reference to the experiences we’ll have) I had a few admittedly ridiculous reservations about the move, all of which came as a result of me being both a gaming and electronics junky. While the difference in electronics (different outlets, voltages and PAL vs NTSC) can be solved pretty easily, the German censorship of violence was something I anticipated would be a huge problem for me.

As I researched into exactly what that meant for my gaming, however I realized that instead of being pissed about my favorite games being toned down, I really needed to consider how important the ultra realistic/over-the-top representation of violence was to me. In the end, I realized that while I wasn’t ready to stand against the excessive violence in games, I didn’t really need it as badly as I thought either. 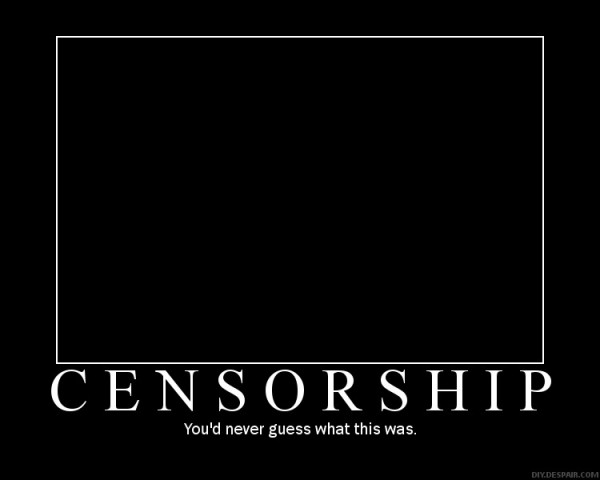 That little black box pulls a lot of weight, but is what’s behind it that important?

A Respectful Approach to Freedom

As an American, I’ve become accustomed to this idea of “freedom of speech/expression,” where anyone of any race, creed, religion, sexuality or socioeconomic level can say or do as they please, as deemed acceptable by law without dealing with any sort of legal ramifications. This concept is a dual edged sword, however as it opens the door for not only brilliant and original ideas but also ones that come devoid of any sort of tact (for anyone wondering what sort of horrors these freedoms can create, look no further than the Westboro Baptists Church and their picketing of funerals). While I wouldn’t want it any other way, there is definitely a difference between having the freedom to do or say what we want and exploiting this freedom or using it as validation to push an envelope that may not really need to be pushed.

In exploring the censorship that Germany has put into place, I realize that what at first seemed outrageous by American standards wasn’t really that big of deal. Most of their banned games, such as Soldier of Fortune, Dead Island, etc are at the far end of the violence spectrum so it is not as if the casual spurt of blood is setting off alarms.

Where it’s possible, developers are also able to make slight adjustments to the game in order to meet certain criteria, thus making the game available to consumers. In fact, studying German law in reference to censorship revealed a contradiction in our own ideas of freedom, where nudity and sex are things that are restricted quite a bit in the media but violence isn’t considered as much of a threat. Now I do realize that many political pundits are going after games right now in our country because of violence, but introduce them to a game that features the very natural act of reproduction and that zombie chainsaw massacre doesn’t get quite as much priority as it did before. I bet the German people think it’s pretty silly that the naked criminals trying to flee from the police on Cops get little black bars on their junk in the same way we think it’s strange that the Left 4 Dead zombies in the German version of the game don’t bleed or lose limbs in an exaggerate fashion.

Is it really that important?

That being said, I don’t really have an issue with gratuitous sex/nudity or violence and gore, but I do have my limits. A prime example would be the Hostel movies and the excessive violence and acts of torture (both concepts that contribute to certain bans in Germany) that are defining aspects of those films. To me, the violence is over-the-top but I kind of understand why the filmmakers chose to go in that direction as their goal was to optimize the very possible fear of being tortured. In all reality though, was the gratuitousness of the scenes portrayed in those movies necessary for their success? This is the question I began to think about in reference to games.

When it comes to violence/gore, we need to really question whether they are components that are needed or merely the status quo? Again, I personally don’t have an issue with over-the-top violence, but I don’t necessarily feel all that motivated to defend its presence in games either. In fact, gore has more or less been used as a gimmick of sorts to grab the attention of gamers. I mean, would Mortal Kombat really have been as popular if it had flashes of light representing the impact of strikes as opposed to blood? I’m not suggesting that we eliminate blood, guts or exploding heads from games in an effort to reveal their true narrative potential, but I bet we’d be surprised how much of a crutch excessive gore/violence is for some games. 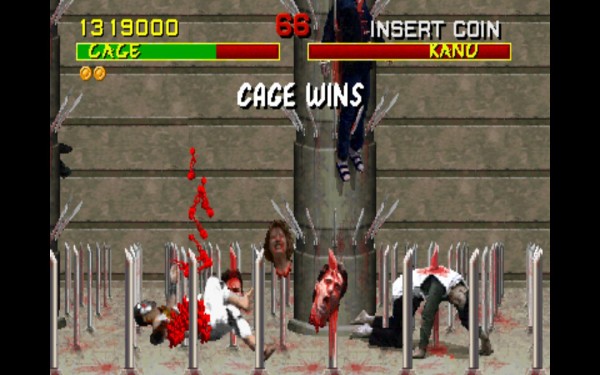 My nostalgia about Mortal Kombat seems to be focused on scenes like this…Street Fight 2 was the better fighting game.

Warren Spector spoke after E3 about the amount of gore and violence that he thought developers feel compelled to include in their games. Regardless of whether or not I fully agree with his stance, I do see his point. A majority of the trailers shown at E3 just felt excessively violent, and that’s coming from a huge fan of the zombie genre and all the entrails flinging action that goes with it. Looking back to games like God of War: Ascension, there were literally points where I was a bit uncomfortable, which is similar to the way I felt after wrenching Apollo’s head off in the demo of God of War 3. If that is an example of where we are at now, what will games look like in the future?

I scare myself sometimes 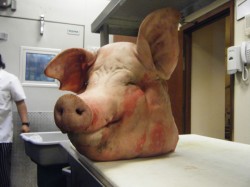 It may be smiling, but it most certainly is not happy.

While I don’t think violence and gore have as much of an impact on players as some would have us think, I do think that a high level of tolerance for both does disturb me a bit in regards to myself. I’m all but immune to such things now and it makes me wonder whether or not that is a good thing? Should I feel queasy when I smash a zombie’s head in Dead Island? Is not feeling this way taking away from an aspect of immersion in the game worlds that  I explore? Should I be more pissed at my dad for using a dead pig’s head to tell me stories when I was younger?

I do not think that censorship of games or other types of media is necessarily something that a country should take responsibility for, but when it does occur it may not be as big of a deal as we make it out to be. Sure, enjoying things in their pure, unadulterated form is great but if a game really is a good game it doesn’t really matter how many gallons of blood paint its landscape.