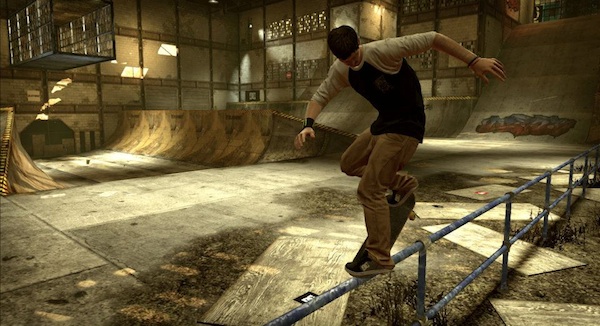 Xbox Live Arcade promotions may seem like a monthly occurrence lately, but none are larger than the original and the next Summer of Arcade is nearly upon us. The games were announced before E3 and subsequently lost in the headlines, but Microsoft issued a friendly reminder last week along with the official release dates for this year’s lineup. Hold onto your boards, your balls, your Canadian zombies, your vertical cover, and your metroidvania nostalgia because 2012’s Summer of Arcade isn’t far off:

Back where it all began. Looks better than I remember.

My interest level is about a 5/5 from this list, but I find it odd that I’m most excited for a remake. Then again, it’s a remake of phenomenon that I haven’t played for years and I’d be happy with only having the first level of Tony Hawk. Hybrid is my other must-buy as I’m really curious to see if the creators of Scribblenauts pulled off their unique cover-based shooter controls. Plus, I’ve always wanted to shoot my friends while hanging upside down behind a barrier.

How does this year’s lineup look to you? Must-play or must-pass?