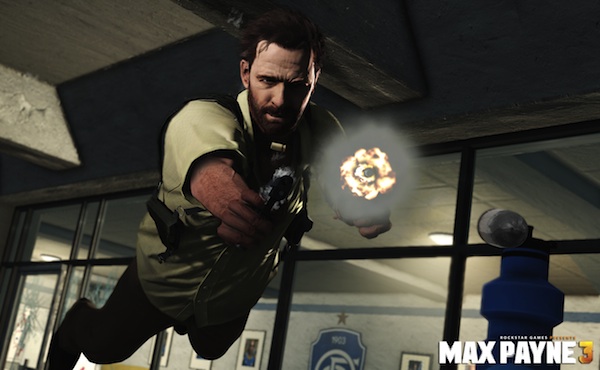 I haven’t always been in Rockstar’s corner. Originally, it drew me in with its knack for fun and addictive gameplay in gritty realistic worlds. Over the next few years though, the gameplay started to wane and every sandbox felt the same, just as its true talent for dramatic narrative and memorable characters took over. I began to respect Rockstar’s projects as much more than just chaotic tragedies, and now I just found myself waiting for the gameplay to catch back up to the stories. As the release of Max Payne 3 approached, my wait appeared to be ending.

The Max Payne series has just about the same historical arc with me as Rockstar. I picked up the first game in the series with little regard for its story, I just wanted to “shoot dudes in slow-mo.” It was revolutionary and incredibly satisfying. However, the noire styling of Max Payne stuck with me even longer than its best action moments. It put Remedy on the map for me, but its focus on story and lack of gameplay improvements kept me at a distance for Max Payne 2. 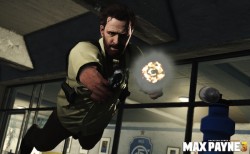 Still going horizontal after all these years.

Now, with Max Payne 3 fully in the hands of Rockstar, the time was right for Max and I to “shoot dudes in slow-mo” again, but with a new take on his narrative. Would Rockstar both find a balance with the pacing and delivery of Max’s latest chapter along with a new revolutionary gameplay hook or two for the third person action genre? I certainly had my hopes up, but also knew that just another Max Payne game wouldn’t be so bad either.

After shooting and drinking my way through the first few chapters of the game, I invited Josh and Ethan to get a glimpse of Max Payne 3 while we discussed whether or not Rockstar had another masterpiece on its hands: