Admittedly, over the years I haven’t spent as much time watching E3 coverage as many might. I watch what I can, when I can, and I try to consume the information I’m most interested in. Press conferences are turning into dog-and-pony shows that feel disconnected on many fronts, two of which are the dreaded teleprompter and staged conversations. Video game information feels like an afterthought and if you really want to see games, you have to find the right livestream from the right website at the right time or read it online from countless other websites. The expo feels awkwardly put together, as if it doesn’t really know who it’s talking to. There are distinct audiences watching, and instead of sectioning off the content that those audiences want to see, it feels mostly lumped together and then sporadically thrown about the rest of the week.

Yet every year, I sit with anticipation that something will happen that will drop my jaw and revolutionize games once again. 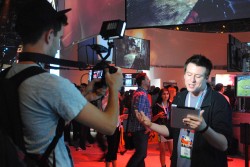 It’s reasonable to say that it’s hard to impress me. It’s hard to impress most of the gamer demographic unless you’re speaking to them in terms of games. That’s why I would love to see a new format. There are four days, if you include the press conferences before the expo starts, which you can easily target each demographic and make something phenomenal. First establish who the expo is really for: it’s not open to the public. It’s for media and industry professionals. That’s the core demographic. Gamers are not who they’re speaking to for most of the event. The advent of live streaming, however, changes that a little. I would like to see the thinking toward that change as well.

The prediction that I know better than to expect this year: Video games take the lime light. No new hardware is scheduled to come out in the short term beyond the Wii U, so video games will once again get more air time and coverage than the previous few years. Unfortunately, the focus isn’t as much on video games and more focus is on media and entertainment. *Bonus prediction: Less teleprompter robot speak and more human discussion.

E3’s physical audience is industry and media professionals. Give them what they’re there for – first looks, interviews, demos, and the next scoop. Let them gather information to inform their audiences. Show your investors their dollars are worth it. The day before E3, allow the console makers talk about their new technology and innovations. Tease what games you will be showing, but don’t litter them throughout the conference. Trying to do too much in the time allotted makes it feel disjointed and awkward. Make the remaining three days all about the games and technology in their own specific areas. Use the live streaming technology to slot out times to go over these games or new features to show online. Make it part of the expo instead of relying solely on other sites to find their times. A centralized schedule makes it easier for all audiences to consume what they want, when they want, and how they want, without scouring countless sites to find it. Put out your schedule when each game will be demoed or discussed so gamers, journalists, and others can schedule when to make appearances. Keep the booths going, but give each audience what they want without the fluff that many don’t want to see right now. 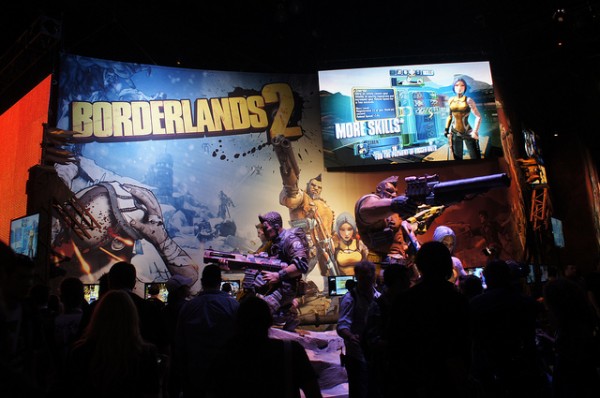 I cling to a hope that E3 will re-discover its relationship to different audiences and roots with the technology available today. I believe E3 can be the central hub and THE controller of the content. I did a recent search on internet trends for E3, and two top trends emerged globally (congrats Watch Dogs) which both revolved around video games. That’s with limited and uncoordinated approaches. Embrace video games once again and watch your ratings and exposure sky rocket. You can thank me later.

Is E3 important to me as a gamer? Yes. It’s still important. I get to see what’s coming in the near future and get a chance to see gameplay for the first time for many games. I’ve also rediscovered my passion for others because of it. I just feel, as a gamer on the outside, left out and forgotten. The industry wouldn’t be where it is today if it weren’t for the millions like me to stand on rooftops screaming how fantastic this entertainment medium is.