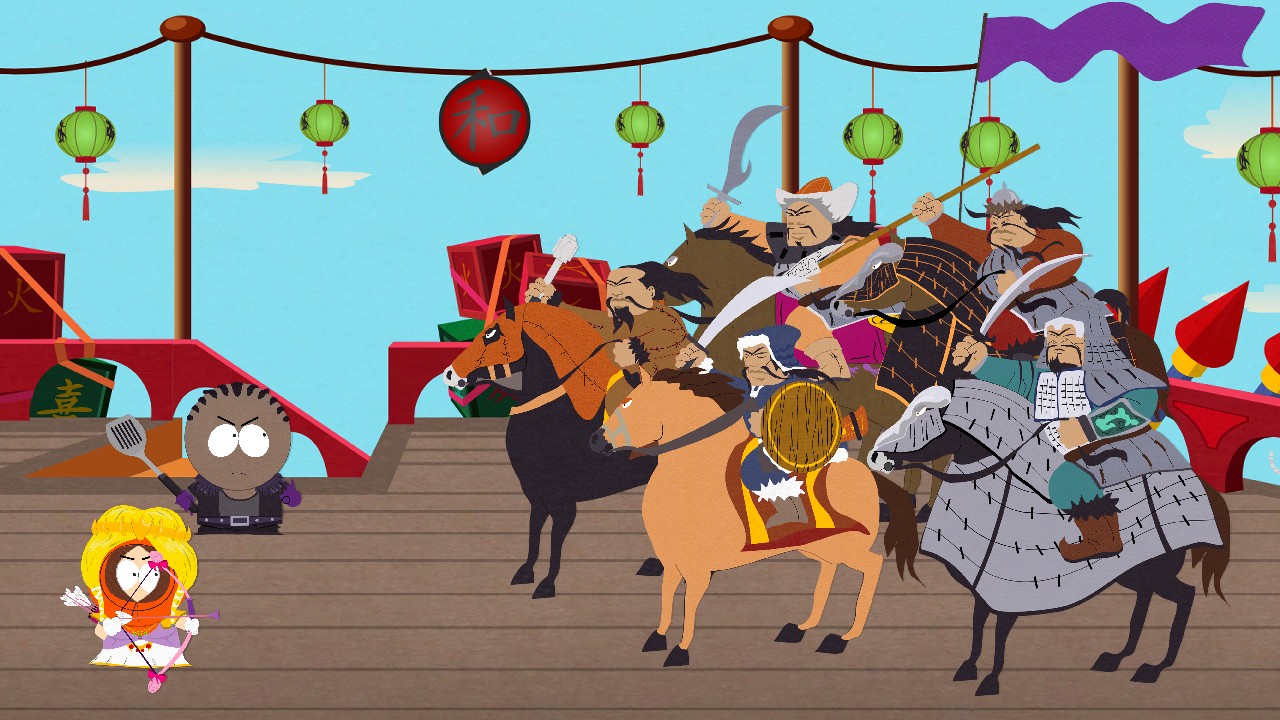 According to the Chinese calendar, 2012 is the year of the game delay. One of the many delays from this year was the previously unnamed South Park game that we now know will be called South Park: The Stick of Truth. Trey Parker and Matt Stone showed off their shiny game during the Xbox presser at E3, and we have a lot to talk about …

First of all, no one destroys my favorite quiet redneck Colorado mountain town without my permission. This trailer was everything you would expect from a South Park trailer. I love that Cartman told Kyle he can’t be the hero. We now know that some of the many enemies will include Underpants Gnomes, Crab People, and Hippies. While we don’t know many details about the story (other than you play the new kid), the game’s play style looks to mirror the vintage gameplay style of Final Fantasy.

The big winner in this trailer was, of course, the summons. I can’t wait to summon Jesus and his holy M16 to help lay waste to (hopefully) those D-bag 5th graders. I hope one of the summons will be Mr. Kim from City Wok unleashing a fury of sweet and sour pork on an unsuspecting group of Mongolians. 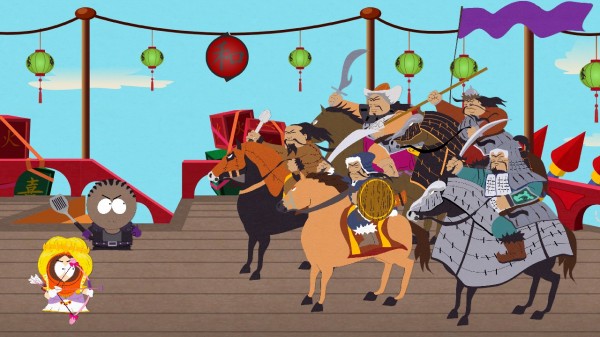 I am sure the Mongolians are very nice people once you get to know them.

I have been a big fan of South Park for, well, 15 years and when I read about this game several months ago I was very excited to play an RPG with some of my favorite television personalities. Based on the trailer alone, this has the makings of a great game. The involvement of Trey Parker and Matt Stone says a lot about the potential and the amount of blood, sweat, and tears that have been poured into this game. I am glad that Obsidian and South Park Studios are taking the approach that The Stick of Truth is one large South Park episode. Hopefully Obsidian will be able to rebound from their criticism over Fallout: New Vegas by delivering a strong performance with The Stick of Truth. I’m also hopeful that this will be one of the many scheduled games from THQ that will help them rebound from their turbulent past year. So far, neither THQ nor Obsidian has provided a reason for us not to buy this game.