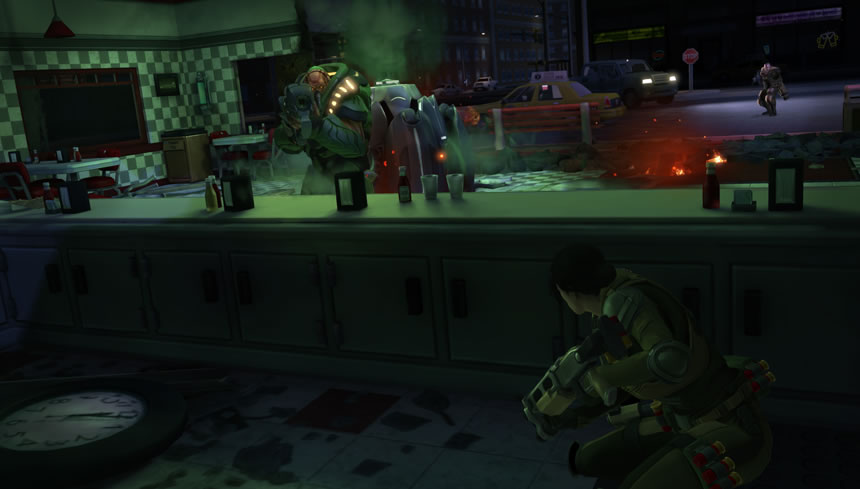 The XCOM franchise has been the sole source of a lot of my gaming anxiety these past few years. The prospects of the XCOM inspired Xenonauts got me really pumped up but then came news about an official XCOM game and its seeming lack of XCOM-ness.  I expected that I’d need to turn to the folks who occupy the indie side of things if I ever wanted to feel that turn based euphoria again, but the world works in very magical ways. After viewing the summer blockbuster-like trailer for XCOM: Enemy Unknown, I’m happy to report that the mystical powers that surge through the Earth like fiery snakes have truly inspired Firaxis to create a game that loud mouthed basement dwellers like me can be pleased with.

Apparently, the duo of Goldblum and Smith (with the help of a very heroic Randy Quaid, mind you) didn’t send a strong enough message the first time aliens decided to eradicate humanity. While I realize there are many different alien species in the universe, you’d think they’d learn from the mistakes of others, but that’s just not the case. While quite a bit different from the somewhat covert-feeling operations you controlled in the original, I like the desperation that is present in Enemy Unknown. Like the jerks from Independence Day, the Sectoids and all their buddies aren’t sneaking around as much as they’re just ruining the days for a random assortment of civilians. People are getting smashed and tossed around, which is always a good way to get one’s blood boiling, thus motivating said individual to stand up for what is right. 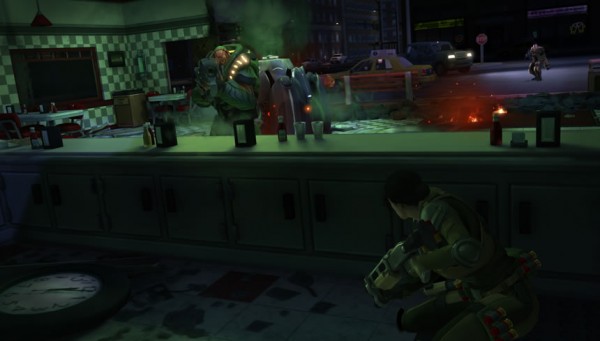 Dates set up through eHarmony don't always lead to marriage.

While the trailer itself is somewhat light on actual game play, Enemy Unknown looks to have all the XCOM trappings that we feared were wiped away. There is base building, alien research and the multinational force of super soldiers looking like the kind of hard asses we’d need should extraterrestrials come knocking at our door. The gameplay that has been shown, however, looks fast and respectfully refined.  I really liked the good ol’ days of XCOM but there were aspects of that game that were pretty annoying and definitely could use some modification.

XCOM: Enemy Unknown will be coming to PC, Xbox 360 and PS3 October 9th, 2012 which means my wife is really going to learn to enjoy alien defense strategies if she hopes to have a pleasant anniversary.