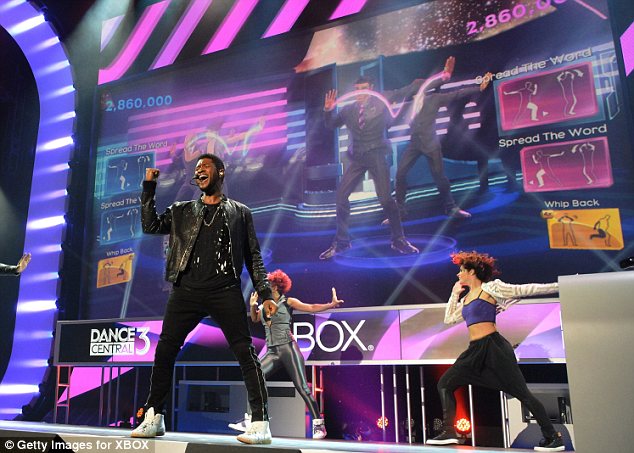 This was the first year that I actually had the opportunity to sit and watch E3 coverage in mass quantities without having to worry about slacking on my job. I realize that the very fact that I can actually watch the biggest video game event of the year from the comfort of my own home is something that early 2000’s me would be insanely jealous about, but the fact of the matter is I really don’t care about E3. 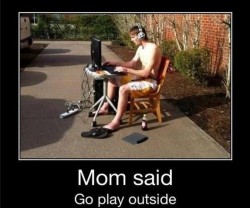 Not the demographic they're shooting for.

Now before I get tarred and feathered and set aflame by the guardians of internet righteousness, let me explain. E3 is an important event because of its content, yet E3 as an entity seems to have overshadowed the games and technology it’s supposed to be showing off. It has gone from an event to be excited about to an event that is actually pretty embarrassing, not unlike the parent of a teenager shotgunning a beer at an underage party only to vomit a few seconds later. I’d love to say that the organizers are becoming disconnected, but I think they’re actually trying way too hard to connect. Who are the trying to connect with? That’s the biggest question.

Gaming is mainstream now, which means that the industry is going to try and cater to the mainstream audience or what they think the mainstream audience is. Yet gaming’s success didn’t occur because Spike TV started a joke of a rewards show or celebrities began to appear in video game commercials. The success came because the medium finally began to get the respect it deserved. E3 is in a strange position because it was around before and after the industry exploded but hasn’t maintained any sort of consistent identity. Obviously, times change and so should one’s approach to such an event, but the disjointedness is sometimes hard to swallow. There are people who have complained about that very point, but the fact of the matter is E3 could be hosted by Justin Bieber and it still wouldn’t matter; the presentation isn’t nearly as important as what’s being presented.

My Stand Out E3 Memory: My stand out E3 memory was the E3 2003 preview of Resident Evil 4 commonly referred as the “Hook Man” version.  The graphics blew me away and it had a much different tone in that it felt like there was some supernatural stuff occurring instead of/in addition to the biological weapons development. For the Resident Evil nuts out there, you’ll remember the original Resident Evil was actually rumored to feature a similar tone with things like bloody writing appearing on walls and the Spencer family being more integral (like they were in the remake). I figured that a game that was already pretty frightening could only benefit from ghosts and ghost-themed scenarios, but looking back I’m glad that Resident Evil 4 became what it did. Still, watching Leon cautiously walk through a room full of suits of armor as they seemed to crumble towards him was pretty cool, though my favorite was the weird scene with the buck’s head popping off the wall and squirming on the ground. Now that I think of it, I’m kind of obsessed with early versions of Resident Evil games shown at E3; I still can’t get enough Resident Evil 1.5!

E3-the-entity isn’t for the gamer or technology consumer and whether it ever was, I’m not entirely sure. I’m not going to say that E3-the-entity isn’t necessary, because it is an absolutely important event, but that doesn’t mean I have to be all that enthusiastic about it. I pride myself with taking a workman-like approach to covering the industry; I read up on the announcements and news that are absolutely necessary to having relevant conversations about gaming, but I don’t let myself get bogged down with the glitz and filler. In relation to E3, this means filtering out the rubbish, AKA everything that isn’t a trailer or demo. Sorry, Usher, you‘re a good dancer but you‘re kind of in the way. 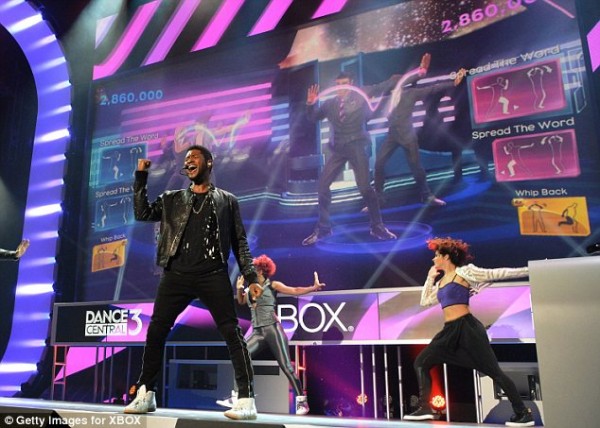 I wonder how many people in the audience even knew who he was?

When a person says they don’t care about something, it always seems to be interpreted as negative. However, not caring about E3-the-entity has allowed me to get even more excited about the meat and potatoes of the event. I’m as guilty as anyone in terms of complaining about the aspects of E3 that really don’t make a whole lot of sense, but when all is said and done it is still the only week of the year that feels like Christmas…regardless of how uncomfortable it makes me.

The prediction that I know better than to expect this year: I told myself not to expect Fallout 4 news given that Skyrim is getting new content at the end of the summer, but I would have been elated to see a Fallout 4 logo fading in and Ron Perlman’s saying “War. War never changes”. I know there is a bunch of hullabaloo going on in reference to the Fallout MMO, but I desperately want an excuse to get back to my beloved post-apocalyptic wasteland on my own terms and without a monthly subscription fee.

2 Comments → The E3 Experience: Looking Past the E3ness