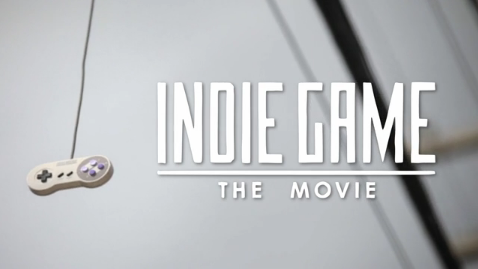 Shortly after the Indianapolis screening last week, Indie Game: The Movie announced its plans for physical and digital distribution of the film. June 12th is the release date of not only the DVD, Blu-Ray, iTunes, etc versions, but there are a few other surprising options for fans of digital downloads.

The first breakthrough option is that Indie Game: The Movie will be available for download on Steam as the first full-length motion picture on the service. Currently, you can pre-order the film on Steam and save 10%.

Also, if the DRM of Steam and iTunes rubs you the wrong way, you can order a DRM-free direct-download version of the movie directly from the Indie Game: The Movie website.

The movie itself offers an intriguing look behind the scenes of three of indie games’ flagship titles and humanizes the trials of the developers of the games. It’s a surprisingly emotional experience for all audiences and definitely isn’t meant for solely for gamers or those interested in game development.