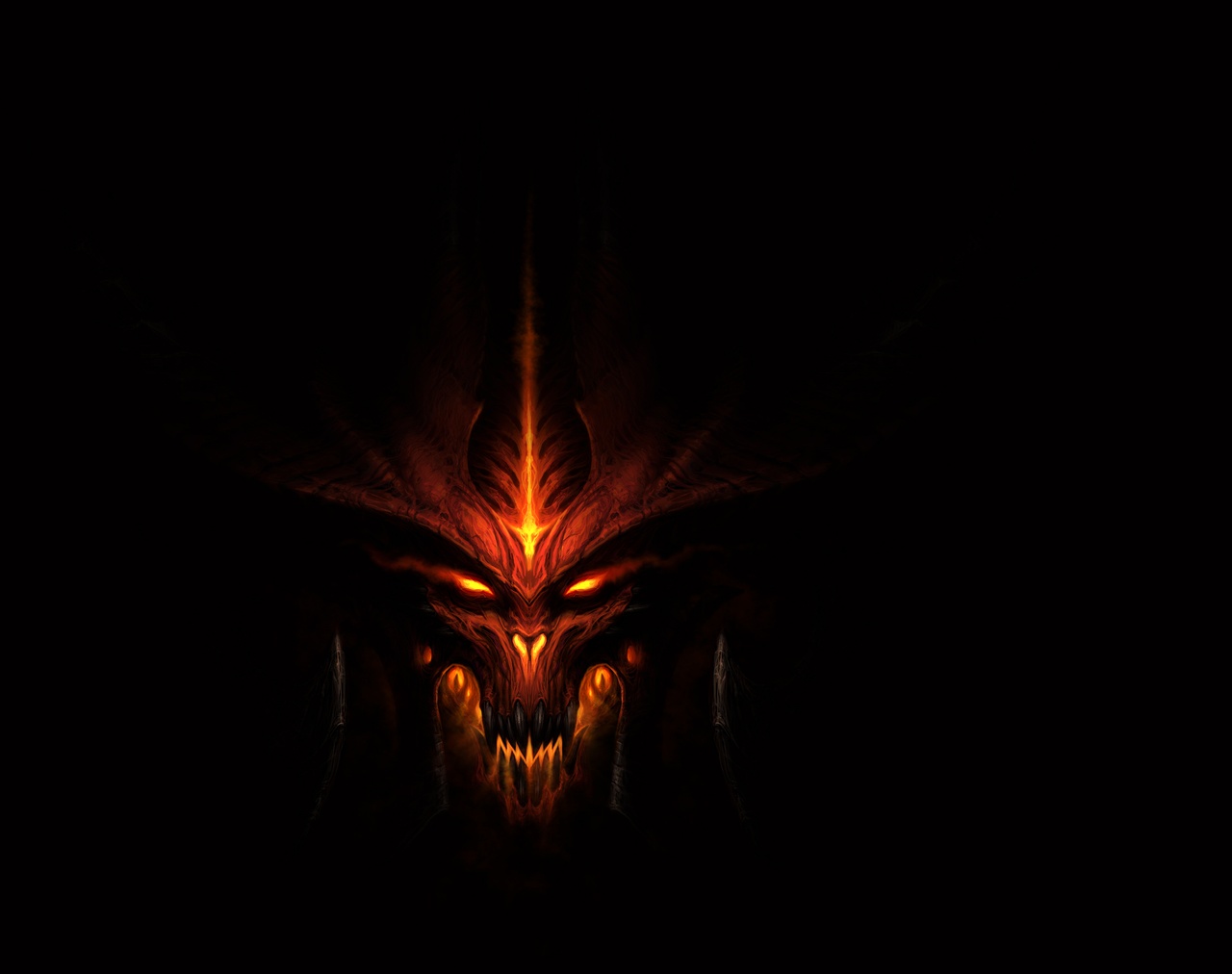 Diablo III. It’s arguably the biggest release of the year so far (notice I said arguably Mass Effect 3 fans). I have been pretty meh about the hype surrounding this game but I was never really that interested in the series as a whole. I remember watching friends play Diablo and Diablo II on many occasions and enjoyed observing the insanity. However, during Horrible Night’s marathon celebrating the release, my tune started to change. From the outset Diablo III looked fantastic and that conclusion only grew in strength throughout the day. I couldn’t imagine how much better it might look live. So based on that aspect alone and the fact that my fellow gaming degenerates were seemingly having a ball while playing, Diablo started burning a hole in my pocket. 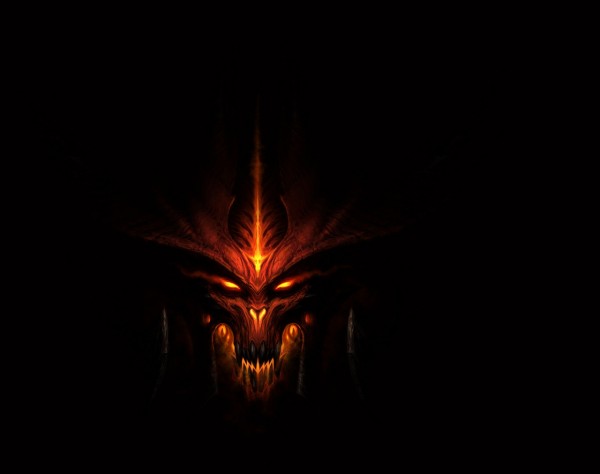 Burning a hole into your soul and my pocket.

No PC for Me

I’m not a PC gamer. Haven’t been since around 2003. The last PC game I bought was either Warcraft III or Neverwinter Nights. I had a lot of fun with both those games but the end of my PC gaming era coincided with my gaming break from consoles as well. I was never huge into PC games and didn’t own a lot of titles so it was an easy break up. A couple of years later when I started getting heavily back into games, PC gaming just wasn’t an option for me. I had an extremely tight budget and used it sparingly on console games. Then, in 2007 I switched teams. I became an Apple owner with the purchase of my first iMac and haven’t looked back to Windows since. 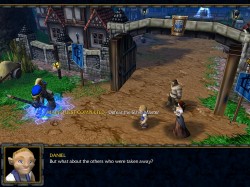 Figures, that the last PC game I bought was a Blizzard one.

It’s no secret how dire the gaming situation on the Mac platform was/is and so I never even bothered to dive into that frustrating arena. In fact I’ve missed out on a lot of more recent indie games because of the lack of ports to OS X. In the past couple of years things have started to turn around. With the addition of Steam, gaming has become a more viable option on Apple computers but the selection is still very sparse. It’s getting better, but I certainly don’t get the opportunity for insane, cheap, and dirty games that Windows owners are provided. I know that this is a situation that can be remedied very quickly with the purchase of a PC or even running a virtual Windows machine on the Mac, though it is not financially feasible for me to accomplish that right now.

When StarCraft II was released last year, it was the first major game in a long time to simultaneously release on the Mac. While I never found myself that interested in the first StarCraft I kept finding myself watching live streams of StarCraft II when it was released. Like my first impressions later of Diablo III, StarCraft II looked fantastic. I felt myself wanting to play, but I just didn’t have a computer that could handle it. At the time I still owned that original iMac from 2007 and had a 2009 MacBook Pro. Needless to say, neither one of those machines was going to run StarCraft II very successfully or at least to my liking. It was another great “computer” game that I didn’t have the means to play. So it passed me by.

Fast forward to February of 2012. A tax refund check along with finding a place to sell my old iMac allowed me to purchase a brand new iMac. I (and my wife) had already decided that a new Mac was the best option for both of us. While I knew I wouldn’t be gaming a ton on the new machine, there was a little light at the end of that dark gaming tunnel. I now had a machine powerful enough to play new releases. Gaming on a computer became a slightly more possible option again. Then I logged into Steam and didn’t find anything I wanted to play that I didn’t already have on a console. That fact combined that without purchasing a wireless gaming receiver to hook up a 360 controller I was stuck with a keyboard and mouse. (As I’m writing this I just looked up info on how to hook up a PS3 controller to a Mac and might try that. I don’t know if any games support that controller. I need to do more research.) 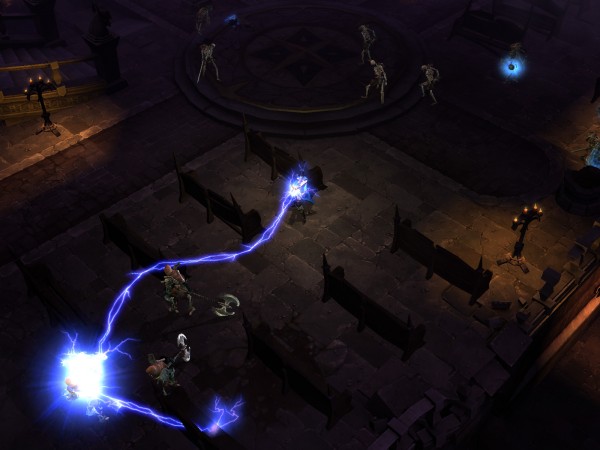 I want to do this. To Hell.

As I mentioned above, Diablo III started to burn a hole in my pocket after watching several live streams. I let this fact slip to some of my cohorts on our site and Joshleedotcom informed me of a great invention called the “Guest Pass.” That meant I didn’t have to shell out 60 bucks for a game I might not even like or that might not run well on my setup. I could try it out and see whether or not my eyes are just too big for my gaming stomach. This has brought me to a level of excitetment that I usually save for new console releases. I haven’t been able to play a game on a computer that I own in almost 10 years. It could be a rebirth of sorts. It could drive a further wedge into the time I get to spend with my wife. Well, we will see.

I’m writing this as I’m downloading Diablo III. I don’t know how my iMac will handle the game, but it seems like the specifications are well above the ones recommended by Blizzard. I’m also slightly concerned about the input devices that I have available. I have a trackpad and mouse, both of the “magical” variety. I’m going to try them both out before caving in on a cheap USB mouse. I know that the “magical” input devices will be a struggle to use, yet I’m determined to see if it is even possible to do so. I haven’t been this excited for a “computer” game since WarCraft III. I really don’t know what to expect. All I know is that I can’t wait to play it and get inside before I can make a final judgment on Diablo III.

Check back next week for Going to Hell Part 2 where Cole actually plays Diablo III and gives feedback on his experiences.