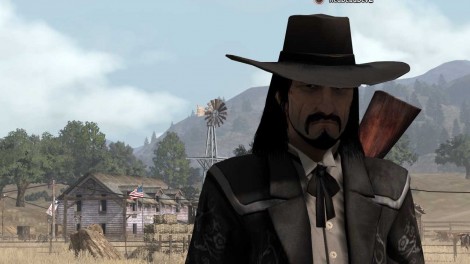 This is what you call a badass.

Over the course of my life, I’ve spent a ton of time playing video games. The longest gaming session I’ve ever achieved was around 6-8 hours in length. However, gamers from the Netherlands totally shattered any of my own session length by playing 50 hours of Red Dead Redemption consecutively.

The Guinness Book of World Records people were on hand to verify the achievement, which wasn’t done by just one person. Six gamers achieved the feat. They started out as competitors but decided to keep playing and try for the world record together. Their prize: recognition from Guinness, $1300 and a cool looking console docking station that charges your controllers from Twistdock.

Ladies and Gentlemen, endurance gaming is no easy feat. In fact, people have died in Korea after long stretches of Starcraft. I’m impressed no one dropped out. After 300 hours of combined gameplay, I hope at least one of them got the 100% complete achievement.

But as they say, records are meant to be broken. I’d like to see the first attempt at breaking this record be a horrible game, to make it a real endurance test. Or try Persona 4.