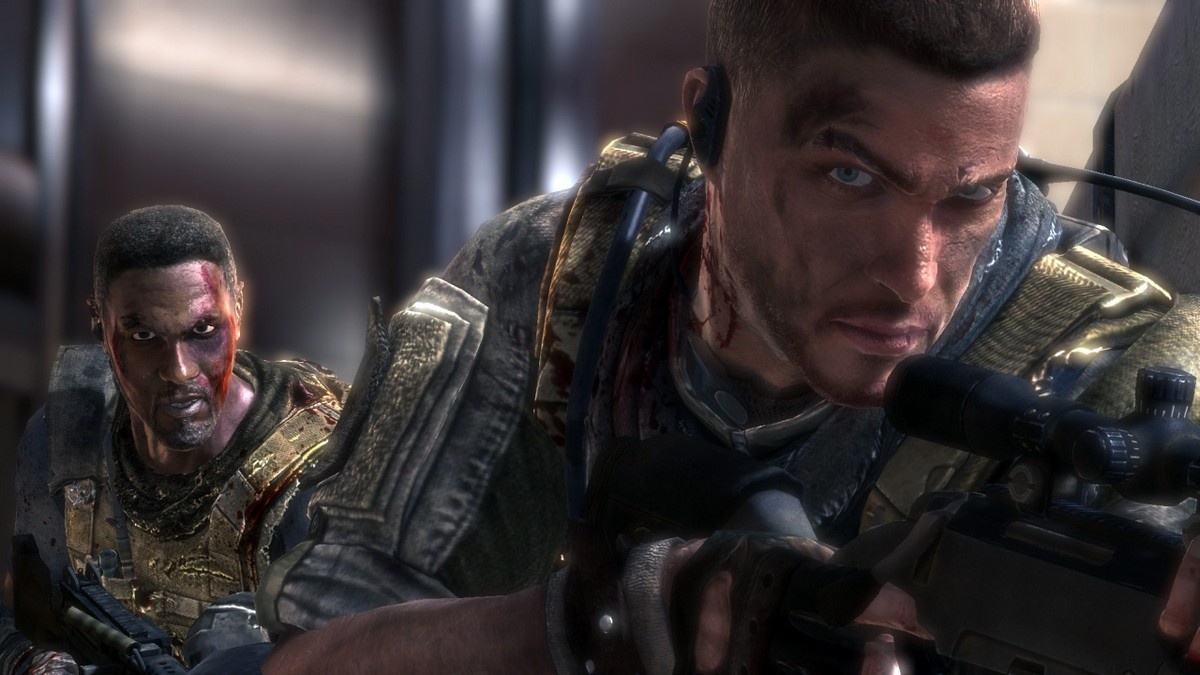 Spec Ops: The Line has been in my peripherals since I learned about it a year or two ago. When more details hit about the moral choices gamers would have to make due to the horrors of war, you could color me intrigued. I sat feverishly waiting for the chance to play a demo or something to give me a sense of what “the line” was or would offer. When I got my hands on the demo on the Xbox 360, I decided to sit down and prepare to toe that line. What I got was a tight rope act that brought no “oohs” and “ahs”, but it didn’t leave me feeling like a whole lot was lacking. It was just another demo. 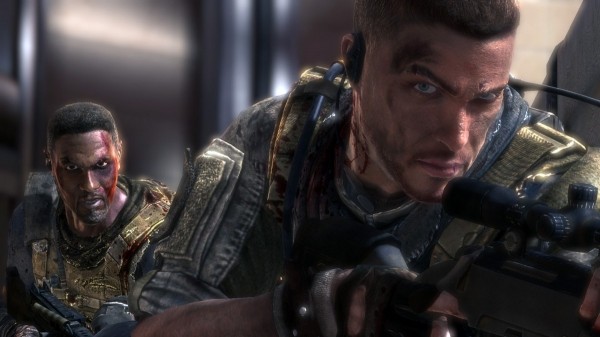 He's making me feel like I should be careful about what I say next...

When Spec Ops: The Line started, I was asked to set the screen size to match my television. Not the biggest headache in the world, but it did strike me as a little outdated. For example, there’s been only a smattering of console games to ask me to do so and Sonic’s Ultimate Genesis Collection was the last console game I experienced. Nonetheless, I wasn’t going to let this little anomaly sway me.

Once my screen was set, the backdrop of the start menu caught my eye. The color scheme is breathtaking, and the upside-down and tattered American flag certainly set the initial feeling of dread. I knew I was about to go into hostile territory as an American soldier.

I started the demo and selected Combat Ops as the difficulty setting, which seems to be “normal” for most games. There was an easier difficulty setting, but where’s the fun in that? The menu options faded away and immediately the background became the game. The waving flag rustled wildly as a helicopter flew by, and within seconds I realized I was in a helicopter chase scene. I was immediately shooting down enemy helicopters from a mounted mini-gun, and Spec Ops: The Line was underway and not wasting any time getting to the action.

After the scene, you are taken to a playable flashback as Captain Martin Walker leading a small team to extract another team that had supposedly failed to save survivors from a devastated Dubai. Sandstorms have nearly leveled the city, and not much about the city seems alive any longer. You are looking for the source of a distress beacon and Colonel John Konrad. After finding the beacon, you come under constant fire as you fight your way out of a trap and deeper into the city looking for survivors and answers to what had occurred. 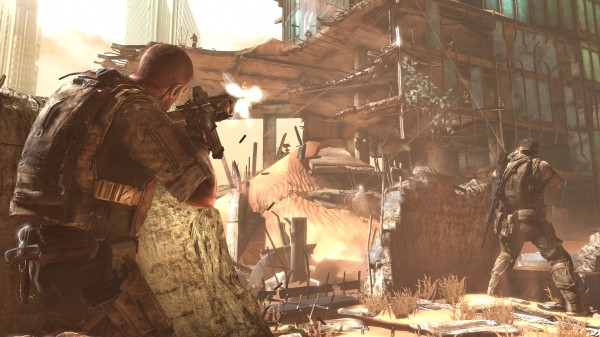 The controls do a good job covering you and killing the guys with guns pointed at you.

The controls are fluid, and you do have some marginal control over your teammates’ actions. They were very simple to pick up, and the cover controls were easy enough to slip in and out to avoid enemy fire. In terms of action, I felt very in control of what was going on and never felt as if I were struggling to accomplish an action. The number of weapon options left me feeling satisfied as did the plethora of options I had for taking down enemies.

Where Are My Choices?

The marketing efforts for Spec Ops: The Line promised tough choices, but in the demo I was given little choice in what to do as I was under constant duress from enemy forces. Sadly, my toughest choices were which enemy should I take down next or if I should shoot out glass instead of the people already shooting at me. I had expected the demo to give me a little taste of the choices I would need to make, but it wasn’t made available. The demo did nothing to set Spec Ops: The Line from other third person shooters.

The demo promises to throw the player into the story, but I couldn’t get a full taste of what was going on or what threat I was really dealing with in the time allotted. The controls are standard, cover-based, third person shooter controls. The demo did little to sway me on whether or not Spec Ops: The Line was really going to stand out in any unique way – the promise of difficult choices was completely absent from the demo, which was odd since those choices had been trumpeted as a big selling point for the game for a long time now.

While Spec Ops: The Line has certainly fallen in my list of games to keep an eye on, I will need to see a lot more in the coming months before I decide to purchase based on this demo. Spec Ops: The Line is slated for a release on PC, Xbox 360, and PS3 on June 26, 2012.