Meanwhile… we’ve actually been playing games. Each week we recap our recent gaming experiences and tell you what we’re looking forward to, so you can use your time more wisely than we have. Maybe we plugged Limbo a bit too much this week, but that game isn’t going to stop us from playing multiple titles at once. At least we hope not, stranger things have happened, and some of us are liars. 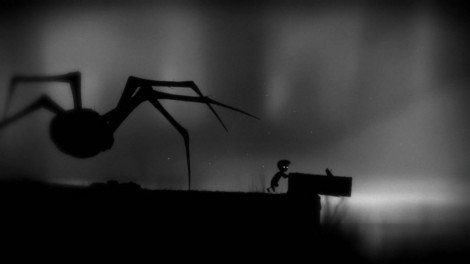 JDevL
I’m sensing a change, a focus if you will. With the Summer of Arcade starting this week, I set a goal to complete DeathSpank before the first title comes out. I don’t like speeding through games, but I gave ‘Spank his due and it was higlorious. More on that soon, but I am absolutely giddy for Limbo. My anticipation is feeling a lot like the build-up for Braid two years ago, another artsy game that I purposefully avoided finding out details on only to be blown away once I played it. Early reviews from trusted source are looking good for Limbo. We’ll see if it holds up on Wednesday. Otherwise I think it’s time I saddled back up and at least completed the story in Red Dead Redemption. I have a feeling I won’t be going for 100% completion on that after all, just too many other games to play. These are fun problems to have.

Colefacekilla
If I had money I’d be getting Limbo as soon as it comes out, but I have to be responsible (GASP) and pay some bills before I buy anymore games, sorry Coop that means no Left 4 Dead 2 yet. I hate to admit it, but I’ve been playing more Zuma than I actually want to be playing. It’s an easy game to pick up for quick bursts of gaming action. I also made it to the upside down castle in Castlevania: Symphony of the Night. That game’s difficulty ramps up to an almost unbelievable level but still manages to remain fun and challenging. Hopefully I can finish that one again this week.

Robeque
Uh… yeah. I’ll be picking up Limbo fo sho. Been looking forward to that one since I first saw it a while ago. In the meantime, I’m completely stuck on Mass Effect 2 now. I’m loving it… been doing all the side missions so far, which is rare for me. I guess all the time I’m saving not fumbling around with making sure I have my guns in order is letting me venture out and explore more. I’m gonna be stuck on ME2 for quite a while I’m sure. Awesome. 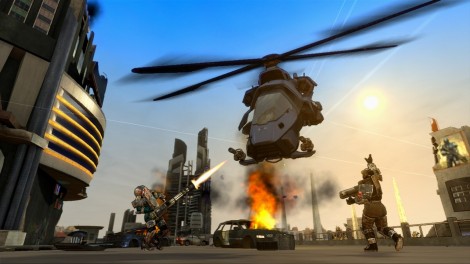 Jadetiger CG
Spent the last couple weeks playing Crackdown 2. So freaking fun! I was a bit worried that it was going to be a repeat of the last one, and it most cases it was. However, there are a couple things they added that make it worth it. The wing suit is a lot of fun, helicopters are wonderful, and now you have a sort of orb sonar that helps you locate those pesky orbs. Because I’m an achievement whore, I have to get those online orbs. Somebody better go get that game… A while ago, I remembered hearing something about Batman: Arkham Asylum having an alternative game mode only on the PS3. I didn’t realize it was just for the challenge maps so now I’ll have to wait another week or week and a half while Gamefly sends me a new game. I had Heavy Rain in the top of my queue, so I was surprised when that one came. Oh well.

Coopopolopolis
I’ll eventually get Limbo, but I’ll probably focus on some of the games I already own first.  I’ll probably be playing Red Dead most of the week.  I’m pretty obsessed with finding the American Standardbred horse mainly because its all black and of course I need it for an achievement. I spent 2 hours last night just roaming the terrain looking for one.  I’d also like to get in at least one night of Left 4 Dead 2 with JDevL now that SeventhStr1ng picked it up to be our 3rd. Now if we only had a 4th…. cough… Cole…

Pixelmixer
I’m hoping to grab a copy of Limbo as well if I can scrounge up some quarters from under the couch cushions. I’ll also be playing a bit of Modern Warfare 2 multiplayer; I finally started to get bored with the multiplayer again, so I decided to prestige once more, which always results in me trying new weapon combos and being more creative with how I use them. Like last week, I will be grabbing any and every game demo that is released this week so I can get a good idea of what’s to come. 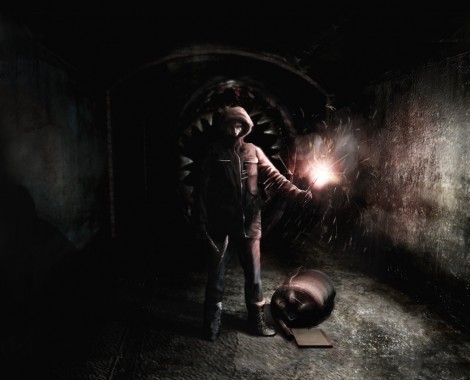 That wall has teeth

Wizardtrain187
Not sure on Limbo since my Xbox killed itself a few weeks back, although the game looks really cool. Been playing through the Penumbra pack, and am pretty pleased with yet another Steam deal. Great atmosphere and the feeling of helplessness really forces you to play much differently than most FPS games. I also sense a bit of Lovecraftian inspiration, which is never a bad thing.

BlueAwesome
I’m on another self-imposed video game ban this week while I’m trying to get a bunch of stuff done, but I’ll sneak in some Angry Birds here and there.  I hadn’t heard of Limbo, and when I first saw you mention it I thought it was an Inception reference. I looked it up though and it definitely looks like a buy for me.

EndlessBen
It looks like I may not have much time for gaming this week. I didn’t either last week, despite my lofty Monday goals. So my focuses stay the same: with what time I have, I’ll be methodically working through the Monkey Island 2: Special Edition, still trying every piece of dialogue and every interaction. I’ll likely be starting a new and very very evil character in Fable 2, as I did manage to sneak in a few minutes to beat the main story with my saintly Hero. I also have DeathSpank waiting patiently for me, freshly downloaded on my Xbox, and I am really looking forward to getting into that. Confession: I don’t have any idea what Limbo is but everyone seems excited about it so I will most definitely have to look it up. 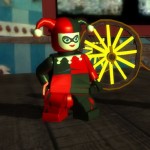 jmgist
Everybody knows that the Lego titles are good for two things: Getting your special ladyfriend into playing video games, and boosting that sweet, sweet gamerscore. With mostly the latter in mind, I have embarked on an unholy quest to max out all of my Lego titles. This includes putting the finishing touches on Star Wars, burning through about 80% of Batman, and finally taking the factory seal off of Indiana Jones. Batman has been the focus thus far, and with four achievements left, the end is nigh. No burnout yet, although the Wayne Manor bonus level is quite simply an atrocity, and its designers deserve nothing less than the guillotine. Additionally, playing as Lego Killer Moth and Lego Man-Bat totally owns.