While walking down the street the other day, I was approached by a young man who I’d soon find out was fueled by an inquisitive spirit. Being a role model means helping today’s youth find answers to their many questions, so I took a little time from my daily jaunt down to the market and did my best to enlighten the boy with my knowledge of the world’s many great mysteries. Time began to slip away, so I told him that I could answer one more question before having to tend to my affairs. He stopped and thought for a while, finally deciding on what I assumed was the deepest inquiry of his young life.

“Sir,” he said, “how do I know if my bros are really my bros?” I smiled, relating to the insecurity one feels when trying to solidify a proper stable of bros. I could have spoken about honesty, trust or the fact that a true bro will never question a chest bump. Instead I gave him the best piece of advice he will ever receive:

“The testament of a bro’s true bro-hood is not written in ink or spoken in word, but forged in the heat of battle, heat that can only be reproduced during a Bro-Op.”

What is a Bro-Op?

A Bro-Op (a memorable session of cooperative gaming and bonding, aka bro-operative gaming) is an event that is widely known in the world of gaming but not fully understood. It is not merely a simple video game playing with friends (also known as playing the Wii), rather it’s a gritty, often sweaty gaming session where the stakes are high but the rewards (in the form of ultimate friendship) are much higher. That being said, your first invitation to a Bro-Op is both a thing to be excited about and something that could potentially ruin your chances of forming an incredibly tight bond with dudes or dudettes you think are pretty cool. Fortunately for you, I’ve been to many a Bro-Op and am here to lend some much needed guidance, not unlike the fictional guidance I offered to the young man above. 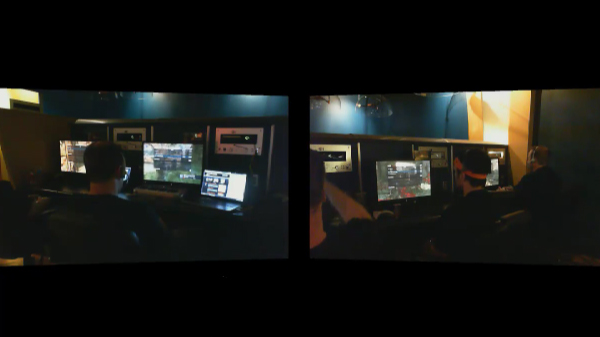 Unfortunately, the term “bro” has been warped to sarcastically describe people with tastes viewed by others as overly douchey. This could not be further from the truth, so don’t let the misuse of this term prevent you from taking advantage of an opportunity for growth. Bro-Ops should be an equal opportunity scenario, open to humans of all age groups, races, religions, creeds or gender (though female bros can also be referred to as lady bros). I can’t speak for all Bro-Ops, but letting outside factors define who is welcome on your Bro-Op may prevent certain long term gaming accomplishments from occurring. That being said, feel free to respectfully withhold a Bro-Op invitation to someone should you feel their involvement would be detrimental to the group. For instance, John Smith may be a nice guy but his lack of proper hygiene (regardless of why it’s lacking) may prevent the rest of the crew from comfortably completing a Gears of War 3 Horde marathon.

Bros looking out for bros; a Bro-op provides another bro-oppurtunity for browth.

Once you’ve identified potential bros for your Bro-Op or have accepted an invitation to another bro’s Bro-Op, you need to make sure that you’re ready for a long haul (see my prep guide for a gaming marathon ). While Bro-Ops can start off casually, things can always go off the rails and get super intense super fast. You don’t want to be the guy that backs out of a wicked game of Diablo 3 because you’re too rigid with your schedule. No one ever plans adventures and/or ultra battles, they just happen and you need to be able to roll with the punches or else roll by yourself. Bros have to be able to rely on you and that sometimes means missing highly anticipated television series finales.

With that in mind, know your limitations. Being honest with your bros about your ineptitude with certain games is one of the most important factors of true bro-operative play and doesn’t necessarily mean a future Bro-Op invitation won’t be extended. This isn’t a big deal during a casual Bro-Op, but the worst thing for you to do is attempt to “wing it” should the Bro-Op revolve around a very crucial gaming scenario such as a World of Warcraft raid or competitive multiplayer outing. With that in mind, such scenarios should be spoken about in serious tones or begin with speeches not unlike the one given by Bill Pullman in Independence Day. Bros have to know what they’re getting into and dropping a bro into a situation he/she is not prepared for is even worse than volunteering for a Bro-Op you have no business being involved in. Adjectives like “extreme” or “ultra” are good testaments to how important a particular Bro-Op is on the Bro-Op scale.

While commitment is important, spreading one’s resources amongst your bros in the form of snacks and beverages demonstrates a team-first mentality which is key to initial Bro-Op impressions. I realize the economy is in the toilet right now, but do you really want to arrive to a gaming session with nothing but a bag of excuses? Even a meager offering of roasted peanuts or bottled water shows that you’re willing to share, which is essential. With that in mind, make sure that the dietary needs of your bros are known beforehand, especially if you’re in charge of nourishment. This doesn’t mean you have to cater to everyone, but being unaware or certain lifestyle choices or religious restrictions makes you look like a huge asshole to the rest of your bros, which could result in the loss of future Bro-Op opportunities. 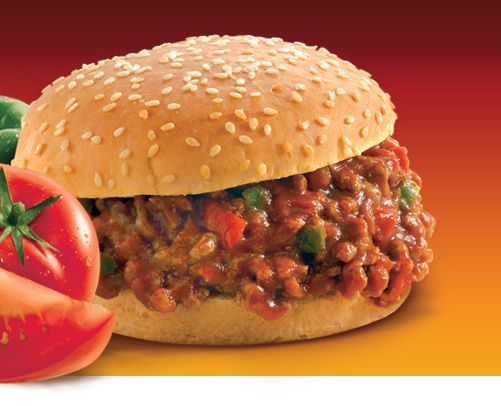 No Bro-Op is complete without a Manwich.

Heat is the theme of the Bro-Op and this sometimes manifests itself in the form of “battle passion,” or yelling at someone when they screw up during the course of the game. Sure it stings, but you have to be willing to accept what could be considered emotional abuse because 1.) you let your team down and 2.) the abuse will only make you stronger in the end. Your bros don’t yell because they’re jerks, they yell because they care. This is why people who get yelled at all the time are such strong individuals. Use the yelling and hard feelings to push through the more intense parts of a game. Don’t expect any apologies though, bros don’t say they’re sorry; they just nod.

The conclusion to a Bro-Op is can be bittersweet but actually turns out to be one of the most integral parts to a successful Bro-Op. The fact of the matter is, everyone loves a Bro-Op and if we had it our way they would never end. This has a number of negative consequences, including loss of job or the end of an important non-gaming relationship. While I feel that commitment is important and an open schedule is necessary, some sort of formal conclusion needs to be established or at least discussed throughout the course of the session. If not, the Bro-Op may never end and the systems in place to support a bro’s ability to game may disintegrate.

For supreme examples of how Bro-Ops should be run, refer to our recent Diablo 3 or Gears of War 3 marathons.

I hope I’ve been helpful in fleshing out the core aspects of the Bro-Op, but don’t think for a moment it can be easily laid out in a simple editorial. Should you have any further questions, feel free to email me at wizardtrain187 [at] horriblenight.com and I can guide you to a successful and thrilling Bro-Op with your favorite bros.

Manwich (unofficial sandwich of the Bro-Op)