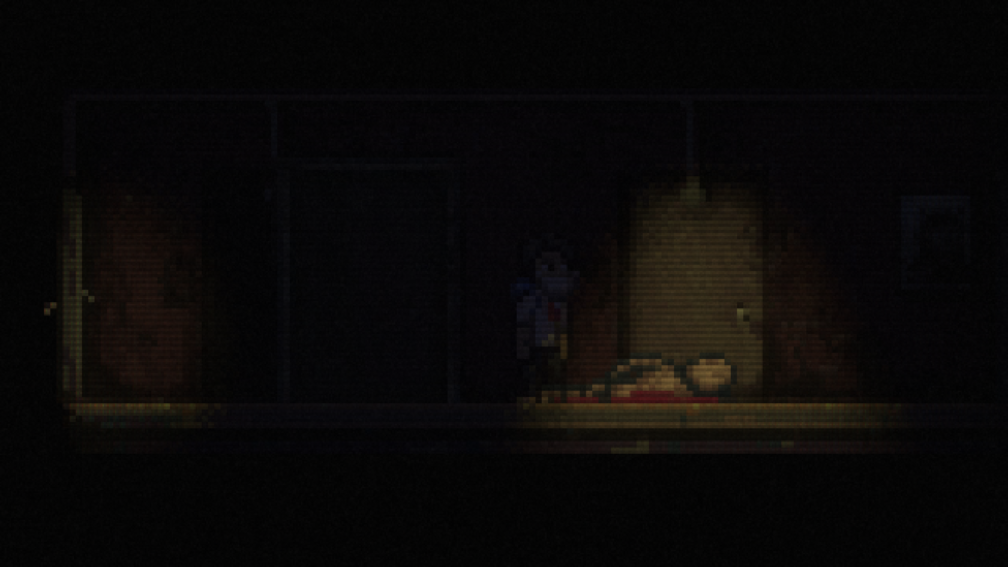 Some experiences are straight-forward, sometimes beating you over the head with how obvious the world around you truly is. Then there is Lone Survivor, where appearances deceive from multiple angles and questioning the situation becomes a regular occurrence. Created by Jasper Byrne, this indie survival horror adventure returns to a time where genre descriptions were super literal. I was just trying to survive, I was frequently on edge due to the horrors around me and I felt like I went on two parallel messed-up adventures. After being diagnosed as a tad on the crazy side (in game, mind you), I realized the only grip on reality I ever had been a plush cat toy named Sleepy Cat. While I did encounter some speed bumps on the way to my eventual insanity, Lone Survivor pulled me in like a straitjacket and refused to let go. 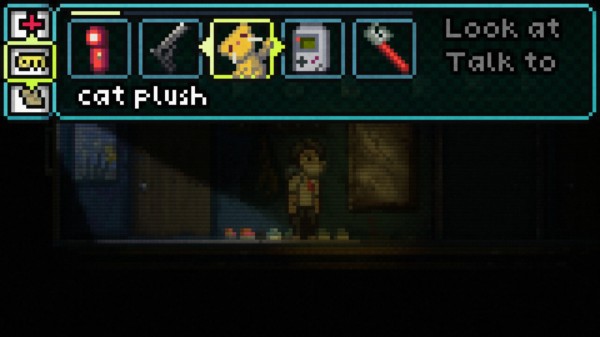 You're my best friend, Sleepy Cat. You're my only friend.

On the surface, Lone Survivor is about a guy in the middle of a contagious viral outbreak just trying to make his way out. You know, the old zombie story we know and love. What’s that, Sleepy Cat? Haha, yeah, zombies are getting a little old. Anyway, it’s more about the journey here than the destination. While my initial approach to a zombie scenario is to shoot first and never ask questions, Lone Survivor is full of dialogue and a lot it raises questions. There were times when the main character and I were on the same page, confused about what was happening and just wanting to return to the safety of his apartment. Some of the backstory is left up to the imagination, but there are enough clues and puzzle pieces littered throughout to get a glimpse of what the bigger picture might be. To be honest, not seeing the full details of that picture adds to the tension and that’s definitely a great thing. 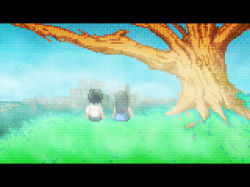 Know what will make this moment better? Sleepy Cat.

It might appear that you’re wearing a pair of weird pixelated glasses when watching Lone Survivor in action. Everything has an unique and blocky feel to it, yet it is a testament to the aesthetic that the horror aspects remain so effective. Though sometimes it’s hard to decipher what’s on screen, the visuals, for the most part, work just fine.

On the audio front lurks some of the most horrific sounds I have heard in the past year. Violent tremors that melted the hairs right off my neck haunted many of my turns and only became worse when I was being actively hunted by a monster. I would sleep peacefully for the rest of my life if I never heard those sounds again, yet I’m so fond of  the unease that they bring that I want everyone I know to experience the creepiness.

Primarily playing as a 2D point-and-click adventure with keyboard controls, exploring the environments in Lone Survivor is both easy and confusing. Whenever there is an item to be interacted with, a large button prompt appears overhead. This allows for picking up food, maps and the like without struggling to find the sweet spot for item retrieval. However, navigating the environment can be a bit trickier. When entering a new room, it isn’t instantly obvious how the direction of your movements work in relationship to the area map. There are also doorways in both the foreground and background and where they lead isn’t always apparent. In time, I learned to proceed from one screen to the next based on my memory of previous visits.

He made me do it, Sleepy Cat.

Similar to the navigation, the inventory could use some extra clarity. Items are separated into three categories and it can take a few seconds to find and utilize the desired item. Digging through the inventory also doesn’t pause the gameplay, so it would be considered unwise to start up a conversation with someone (like Sleepy Cat) while monsters are breathing on your neck. By the way, we should totally continue our argument later, Sleepy Cat.  Luckily, there are hotkeys available for some of Lone Survivor‘s main life-preserving activities. Dropping meat distracts the monsters away from pummeling upon your delicate form, allowing you to slip by in the shadows. The unfortunate part of this tactic is that there just didn’t seem to be enough hiding areas, causing me to lean upon my trusty firearm instead. Headshots are powerful and effective, but sometimes a shot to the legs is a crazy gunman’s last resort when breathing room is needed. By the end, so many freaky monsters had succumb to my barrage of bullets that even Sleepy Cat began to question my homicidal tendencies. We survived, Sleepy Cat. That’s what mattered.

Insane in the Membrane

It wasn’t the just light tastings of horror action and stealth that drew me into the world of Lone Survivor. That side is plenty capable, but the glimpse into my psyche as the survivor kept me pushing forward. As I started my adventure, I had planned to escape quietly and only do what was necessary to accomplish that goal. As time went on, I began to lure enemies into solidarity and shoot them down. I slowly began to take the pills I had been hoarding in my pockets for extra assistance, slipping deeper into a madness that made me more paranoid about what was happening around me. 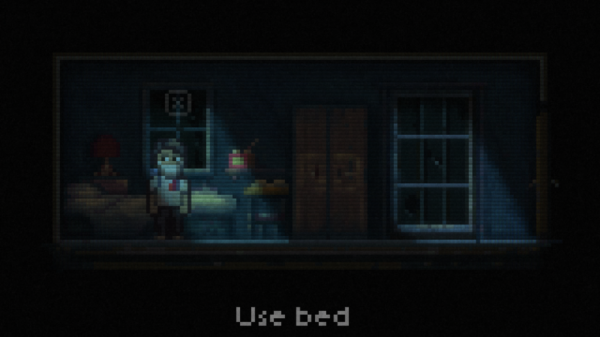 I grew into routines as I explored new areas, venturing a little farther into the darkness before staring into one of several mirrors that would teleport me back to my apartment to plan my next move. I yelled at a bucket I had filled with water, but could no longer pick up. I cursed Sleepy Cat when I got lost. WHAT HAVE YOU GOTTEN US INTO, SLEEPY CAT?! When I had finally become aware of my actions, I couldn’t help but laugh at how mental I turned out to be. Did the horrors make me that way? Had I always been like this? Who knows.

As the indie game market continues to rapidly expand, I’m still amazed to find unique experiences in the form of games like Lone Survivor. It could have just been a side-scrolling shooter in the disguise of a survival horror, but its story and presentation bring genuine thrills and chills. Dealing with hunger, monsters and your own mental state caused a entertaining kind of stress during the few hours I spent surviving. The graphics were a mix of being stylish, yet not clear at times. Consulting the map every minute did become a chore as environments became more complex and turned my insanity into frustration. These issues aside, Lone Survivor is well worth the time I’ve put into it and, at the least, has introduced me to the greatest plush cat ever. With Sleepy Cat at our sides, we are truly never alone.

For $10, Lone Survivor is a great value. Anyone who enjoys the survival horror genre should give it a try. While the first playthrough will ultimately be the best one, there is some replay value in trying to approach the entire game from difficult angles and see if the outcomes change. Also, may the sound of the monsters haunt all who hear it for eternity. Value score: 5/5