As strange as it may sound, sometimes you just need to be in the mood for gaming. The gaming addicts of the world may scoff at the prospect, but it can be a very real scenario. You just got home from a long day of work, your brain is fried and you want nothing more than to stare off into space. Perhaps you’re set for a World of Warcraft raid or your buddies finally have some time to play Bad Company 2 and you can’t quite muster the motivation to pick up that controller. This is different than playing a casual game of BeJeweled … people are counting on you. No worries, you have another popular medium at your fingertips. 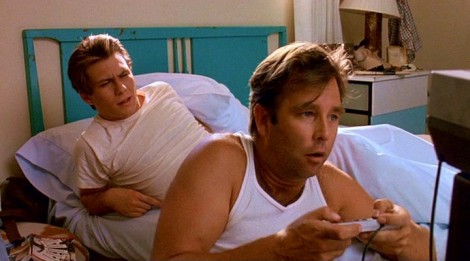 Not in the Mood

Spike your Motivation with Dopamine

Movies happen to be a great appetizer to a session of gaming, especially if you’re playing and watching within a similar genre. Don’t get me wrong though, you may want a little Mario Sunshine after you watch The Road…trust me. For the most part, movies are easier to enjoy. Push a few buttons, find a comfy seat and your brain is entertained. Once your brain is entertained, it becomes happy and when it becomes happy it starts producing a fun little chemical called dopamine. Because this little chemical is so fun, your brain will want more of it, even after the movie ends. That’s when video games can take over to help produce even more dopamine, since the sensation of that particular game is similar to watching a movie. Wow, science is boring.

Now, not everyone will need a movie just to increase the urge to play. Some may just enjoy a particular movie and maybe want  a similar game to prolong the feeling the movie gave them and vice-versa. In sticking with the genre matching  as mentioned above, I’ve compiled a list to assist with this strategy.

Note: It would be far too easy to couple games with their movie counterparts, so I have avoided that. You can always start there, but in most cases the transition to and from video games usually sucks.

Warfare of the Modern Variety

Explosions, heroics and a slice of reality? This is your menu. 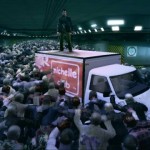 The potential for living dead themed entertainment is almost limitless.

A Case for Space

Spaceships,aliens and unimpeded travel through limitless galaxies can always steal a night. 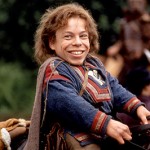 Swords and Sorcery, orcs and ogres. Your head is in the clouds and so should your movies.

Lord of the Rings Trilogy / World of Warcraft, Warcraft 3
Clash of the Titans(2010 Remake) / God of War, Titan Quest
Willow / The Witcher

Gaming is already a very stimulating and often times personal experience, but every gamer thirsts for a way to take that experience to the next level. This series will deal with ways that video game enthusiasts can enhance or even alter the way they play in order to prolong the longevity of a beloved title or discover something new.