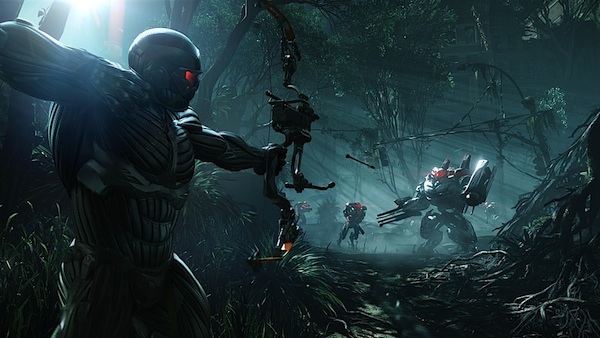 It was a week full of sequel related announcements, from delays to accidental reveals there was a little bit of every kind of video game deja vu possible. We were busy fighting the inevitable including DLC, new consoles, and that bad guy who screwed it up for all of us.

That bow is a bit different.

19 headlines distracted us and here’s the best from that list:

I don’t understand the widespread appeal even though I love the game. Too cool.
Trials Evolution breaks 1-day XBLA sales record – Shacknews

How exactly do you top the action of God of War 3 if you tell about his early life?
Oh, Hey, There’s Totally a Leaked God of War: Ascension Trailer – Giant Bomb

Can you go ahead and rename it though?
Prey 2 Delayed Out Of 2012 – Game Informer

Hope it doesn’t push any further. It may get lost among fall releases.
Darksiders 2 launch delayed until August – Joystiq

For reals.
Crysis 3 Officially Exists, Will Be Out Next Spring – Giant Bomb