Our own EIC Justin Lacey wrote an excellent article a few weeks back about his difficulty with dedicating time to competitive gaming despite his competitive nature. It was a very well written article but in all honesty it didn’t speak to me on a personal level because frankly, I’m scared to death of competition.

This wouldn’t be an issue for me if my anxiety dulled the competitive itch that drives humanity to rank each other on numbered scales, but unfortunately I still like the idea of winning. I thought beating single player games would have a similar appeal to besting an opponent in a game online, but there’s only so much satisfaction one can get from saving the world. The pursuit of achievements was another shot in the dark, but their often generic quality made me feel like I was earning a participation ribbon back in kindergarten. I needed victory, I needed to climb the ladder of proficiency and I needed to do it in the most indirect, non-confrontational way possible. Fortunately for me, I found my answer by looking back to the days when success was measured not in kill to death ratios but in points, beautiful, numbered points. 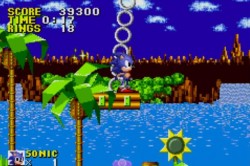 I realize that the idea of scoring points hasn’t made some type of resurgence in the last few years, but I finally took notice after going years without ever worrying too much about it. I played arcade machines and classic systems with the sole focus being on completing the challenges put before me. I never looked at the names that dotted the high score screen or bragged to friends about my score on Sonic the Hedgehog and that was ok for me at that point because games were still relatively fresh to me. Not that I’m tired of them now, but I needed a shake up. That came by means of secret match-ups against people who hadn’t any idea they’d taken up the gauntlet I dropped from a long distance away.

Laid Back and Behind Closed Doors

I tend to approach my discreet high score competitions very seriously though, you’d never know it by my demeanor or lack of boastful celebration. I find a game, often one I’m already playing and take notice of a score that seems within my reach. Then I whisper “Game On” to myself (don’t want to wake up the cats that sleep on the warm case of my PC) and begin working my magic.

It usually begins with the friends I’ve made through interactions on Steam,PSN or Xbox Live. Recently I took to “Ruin Mode” in Red Faction: Armageddon after beating the single player portion of that game and realizing if destroying stuff was a competition, I’d be really good at it. The fact that I can best someone by disintegrating towers with laser beams is awesome and the best part is, Steam did the boasting for me. It may seem like a small victory, but knowing that a guy I played a casual game of Left 4 Dead with has to see my name come up every time he plays Ruin Mode is pretty satisfying. 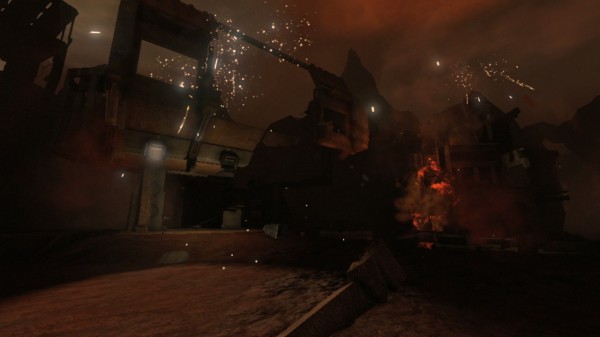 Sometimes you have to break stuff down to build yourself up

A Different Sort of Self Improvement

But high scores aren’t just about beating others but improving yourself. There are games out there that I may never get the best score on, but I can continuously beat my own previous high scores. Not unlike my stint running endurance races, Dungeons Of Dredmor has given me an outlet for competing with my own personal bests in a game that I know I may never be proficient at. The first time I played DoD I got an embarrassing 88 points after being killed by a potato. After a bit of practice and a better understanding of the sometimes malicious roguelike, I was able to score 10,000 points. This is short of the 500,000 or so odd point people have bragged about on DoD forums, but it’s a huge improvement for me and that is a victory in and of itself.

Like many of the guys on this site, I get easily distracted by the number of games that stare at me from my backlog at any given time. However, my priorities have shifted as of late to games that feature leaderboards. Skyrim is great and Battlefield 3 was fun albeit a bit nerve-wracking, but when you’ve got numbers on the brain and high score addiction in your veins, a game that’s literally called Scoregasm is going to jump way ahead of even those incredible titles.

Despite my new found love of points and scoring them, I don’t see myself going after the kill screen on Donkey Kong or even attempting to crack a top ten on one of the million games I own. I have my own system, one that combines the scores of all the games I play into one score called Mega Score. I’ve even thought about creating an excel spreadsheet to track Mega Score, but not for the benefit of anyone but myself. That being said, should a website featuring Mega Scores ever launch, I will definitely find a way to feature mine anonymously.

I decided that the best conclusion for any sort of article one writes is to end with a message to both the readers but also the youth of the world. Sometimes we all need something in our lives that make us feel worthwhile. I may have just talked about how sweet scoring can be but make sure you score points…not dope or else the only leaderboard you’ll be featured on is a ranking of all the people who have ruined their lives on dope. Stay in school.