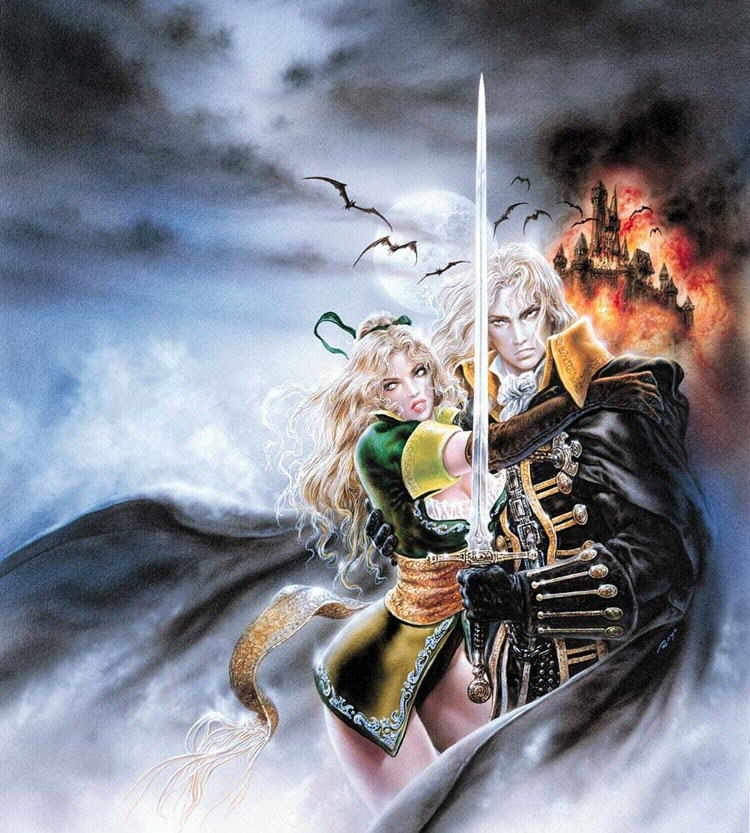 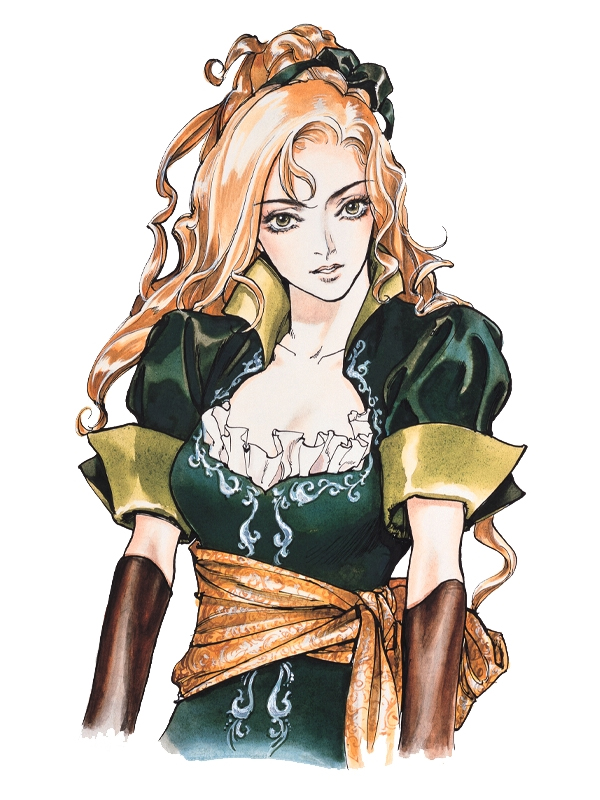 Castlevania games usually put you in control of the most interesting character. You want to know what happens to Simon, Richter, Alucard, and sometimes Grant DaNasty. I have always wanted to know what happened to one of the worst voice acted characters in Castlevania history: Maria Renard from Castlevania: Symphony of the Night. I did a little research and what I found might change your mind on how you feel about Maria.

Maria Renard has been in three games in the Castlevania series, though we won’t count Judgement. First appearing as a young girl in Rondo of Blood, she is one of the girls kidnapped by Dracula’s evil servant Shaft. Richter saves her and two other fair maidens while searching for his also kidnapped love (and Maria’s sister) Annette. Annette and Richter end up getting married which makes Richter her brother-in-law. She becomes a part of the Belmont clan and when Richter disappears a few years later after the reappearance of Castlevania, Maria sets out to look for him.

Even though Alucard is the main protagonist in Symphony of the Night, he meets up with Maria in the castle on a number of occasions. She helps Alucard see the true man behind “evil” Richter and he saves her sister’s husband. However, that’s not all that happened. Some might call it a spark. Others might call it chemistry. I’m going to call it pure animal magnetism. Maria falls for the mysterious half-man, half-vampire and chases after him when he leaves after defeating Dracula. She’s in love and will do anything to find Alucard.

The Pursuit of Alucard

If you’re ever foolish enough to pursue a vampire there is usually only one end to that story. Since Alucard was only half-vampire the story has a different ending. After defeating his father, Alucard vanished. It wasn’t a mystical or magical type of vanish though. Homeboy just needed to get away. The vampiric urges were outweighing the human side his mother had instilled in him. Alucard needed blood and he wasn’t about to take it from a woman that he also had started to love.

Maria was distraught. “How could he just disappear not say goodbye?” she kept asking herself. She saw how happy her sister and Richter were and wanted that for herself. Even though she was warned by Richter about Alucard’s true nature, she had to go after him. After all, the rest of the world couldn’t be as dangerous as Castlevania and she had survived the trials and tribulations of the dark castle. Maria became a cog in the wheel of a long line of vampire hunters in Europe as she looked for any clues regarding the whereabouts of her true love.  As she killed vampires and other supernatural creatures she started picking up clues on where Alucard might be. Before destroying the evil creatures she would interrogate them. She found out that she was mirroring Alucard’s actions. He was on a quest to rid the world of evil and the creatures were hiding from him. Little did they know a pretty, young, blonde girl would send them back to hell on her quest to find Alucard. 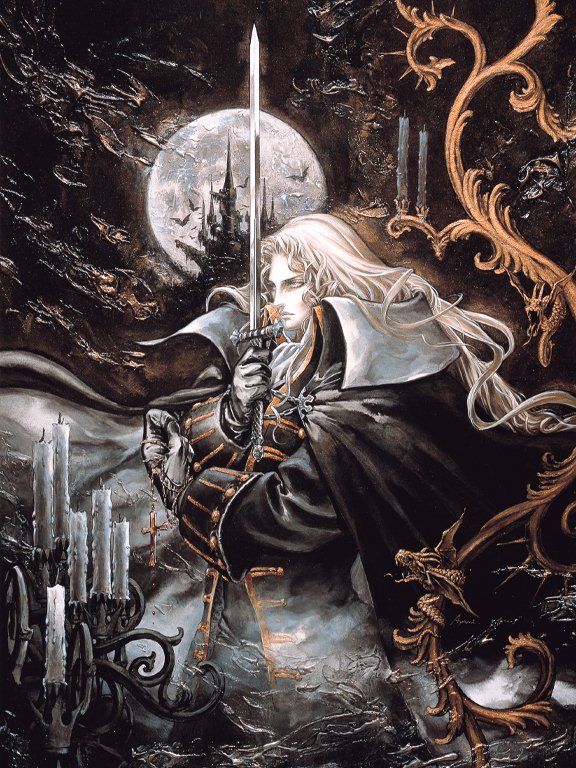 Though a great hunter, Alucard was having trouble finding monsters to kill. The monsters had been warned of his quest and steered clear of any area he came upon. When those same monsters started disappearing and showing up sometime later dead, Alucard became curious as to what was the cause. He began to hide himself. Sometimes disguised as a wolf, a bat, or a floating mist, it was easy for him to blend in with the scenery. When he finally saw the familiar face of young Maria was the one ridding the world of evil, he was shocked. He never wanted her to have that type of life. He finally appeared to her after her last kill, and she would never hunt again.

Being married to a half-man, half-vampire wasn’t an easy stigma for Maria to overcome. Her sister, Annette married into the Belmont family. Everyone knows that the Belmont family is the most famous family of vampire hunters. Naturally the brothers Belmont should be at odds with Alucard. However, they were actually really good friends. Alucard had saved Richter’s life from Shaft and they both hated Alucard’s father, Dracula. Though Richter was always suspicious of Alucard’s true motives and Alucard kept wondering if today would be the day Richter would wipe him out of existence, the two were bonded over their love for the Renard sisters.

Maria was ecstatic to be married to the man of her dreams. She no longer had to hunt evil or search for Alucard. He had realized that running away from his true feelings was a detriment  to his overall happiness. She tried to give Alucard as normal a life as she could. She knew that they could overcome anything as long as they remained together. Living near Annette and Richter had helped.

Maria wanted children but Alucard refused. It was hard enough for him to love one person and know that he would outlive her. Continuing the family line would be just to heartbreaking. Being immortal isn’t all it’s cracked up to be. Maria asked to be turned but was again refused. Alucard told her that if she asked him again he would leave and never come back. She never asked again. 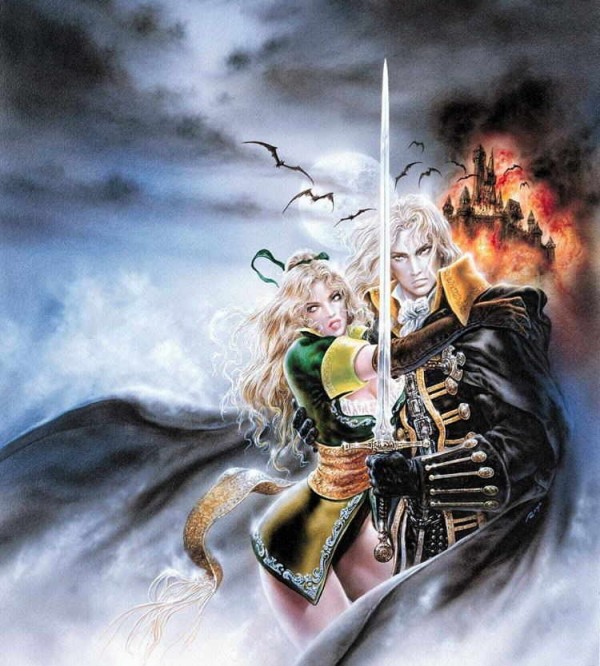 Life’s not all adventures

Even though they met through unusual circumstances, Maria and Alucard lived a happy life together. Sometimes video game characters stop having adventures and find that happy ending we all hear about. Alucard didn’t have to worry about Maria being kidnapped over and over. And he knew that next time the castle appeared, Maria will have moved on from this earthly plane.

2 Comments → Characters That Games Forgot: Maria Renard of Castlevania: Symphony of the Night