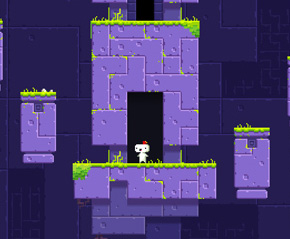 As with the beginning of any quarter, April is full of hits and misses. At first glance it’s looking like the real stars may turn out to be the downloadable titles and games that have landed on new platforms for new life. We’ve listed off the major releases of the month and our writers have picked their favorites from the list that they intend on playing.

Here’s what has our attention this April 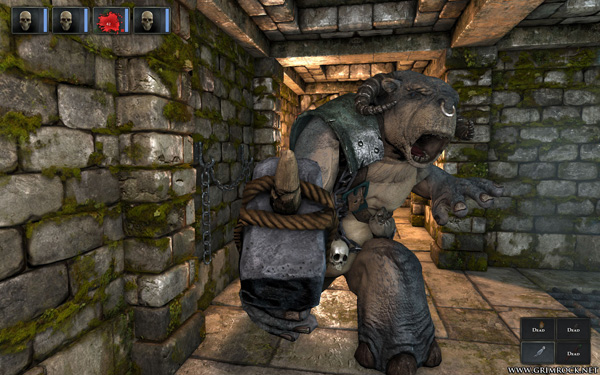 Josh Lee is Better on PC

Legend of Grimrock – I played the shit out of Eye of the Beholder on the SNES, and more recently Orcs & Elves on the DS. Being an homage to those titles, Legend of Grimrock was instantly on my radar. I was already on board after reading the press blurbs and seeing the screenshots, but the latest trailer sealed the deal. In motion, Grimrock looks gorgeous. My gameboner is pointing right at April 9th on the calendar.

Tribes Ascend – Oh, this isn’t out yet? I guess that says something pretty nice about the quality of the beta that I forgot it was only a beta. I am so glad Hi-Rez went with a free-to-play format for Tribes: Ascend. This means there will be more players like myself (read: shitty) to help me blend in. Nothing worse than consistently showing up at the bottom of the scoreboard. It’s not that Tribes is hard to play. The problem is that it has some of the stiffest competition this side of Quake. Still, even if it takes me 20 minutes to land that one great spinfusor shot it’ll all be worth it. (Justin L will also be ascending) 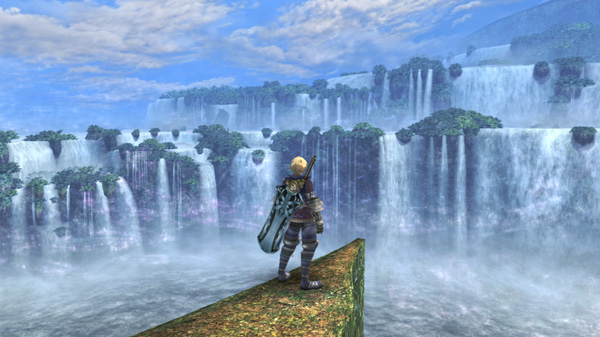 The waterfall simulator you've been waiting for.

Xenoblade Chronicles – Leave it to Nintendo to release the game that the people wanted after telling those people they wouldn’t. What’s past is past, and I think it’s awesome that the Wii is getting something worth playing again. A fresh RPG is the perfect reason to stay inside during those April showers and learn just what the hell a Xenoblade is. (Josh will be Chronicling on the Dolphin emulator)

Shoot Many Robots – After putting too much time into the 360 demo (why let me level up so far?!), I saw that Shoot Many Robots was getting a PC release and thought it would be perfect for my ever-expanding Steam collection. The premise is simple, but the gameplay has an addictive quality in shooting tons of robots and collecting powerful loot. Here’s hoping that others follow suit and try to unlock more powerful pants with me. 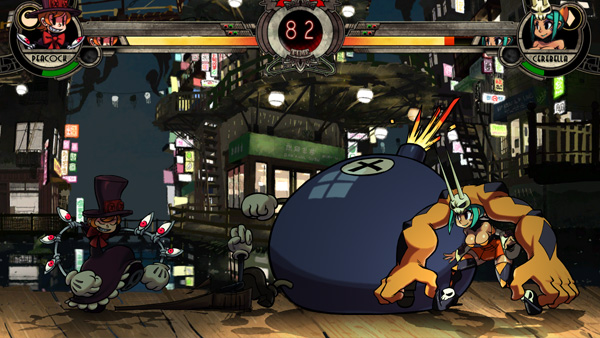 Skullgirls – I respect any developer willing to jump into the crowded and resurgent fighting game genre with a new franchise, especially and indie developer with animation chops. Granted, I’ve been drawn into Skullgirls based on art style alone and have no idea how it will play other than the word of mouth is solid. The characters look unique and I think I stand more of a chance talking friends into a cheaper downloadable fighting game these days than getting them to pay for a AAA version.

Fez – Sure my 90% of my desire to play Fez is just to see if Phil Fish came through on the promise of this long in development indie platformer. With mesmerizing gameplay woven into an adorable art style, I’ll be pimping the purchase of this game to friends for the rest of the year. I just hope the game itself is as memorable as the journey of its creation. (Aaron will also don the fez.)

Trials Evolution – Its XBLA prequel is still the best surprise in my game library as there is probably no game that has a great contrast of my initial dismissal of the game vs the time I ended up playing it. I was addicted to Trials HD. I expect nothing less out of the sequel as the multiplayer tracks look to add the dimension it was missing. It also doesn’t hurt that it’s tapping into my Excitebike nostalgia. Make no mistake though, Trials Evolution is going to be a the hell out of you when you play it. But you’ll like it. 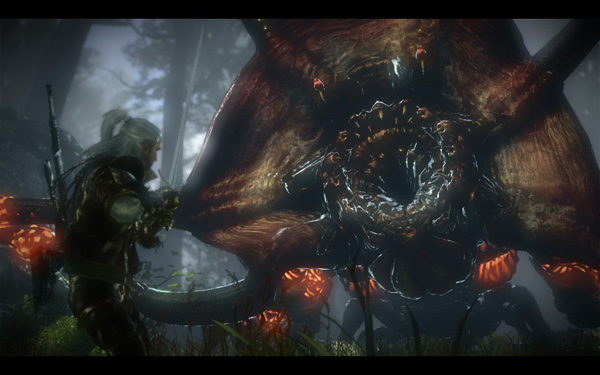 That should probably be killed on both platforms.

The Witcher 2: Assassins of Kings – Xbox 360 – Unlike Star Wars Kinect, The Witcher 2 doesn’t suffer from “I think this game may be crap-itis.” It’s been out for a year on PC, there’s little to surprise you about what’s going on – it’s gotten solid-to-very-good reviews and has a cool medieval/supernatural action/RPG (or maybe WRPG is the more appropriate description) thing going for it combined with some of the best (pre-Skyrim) visuals you could get on PC. That said, it’s being ported to a console and, while I’m generally a console guy, I think The Witcher 2 is something I may have to get into on PC for once. With the praise heaped upon it for its graphics, I don’t think that I can justify trading down to the console version just for the purposes of avoiding a time-sharing arrangement with my fiancee about who gets time when to avoid screwing up her Sims 3 civilization. (Justin L will be witching.)

Kinect Star Wars – There are a threesome of games coming out this month that I’m interested in…but probably won’t buy for three separate reasons. Kinect Star Wars, in theory, would be a no-brainer purchase for me – it’s Star Wars, I’d be able to have lightsaber battles, and it would look hilarious. Unfortunately, I’m sorry to say that the reason I won’t be buying it is that it just looks…bad. There’s a wealth of expanded-universe material to draw from, but instead they’ve chosen to draw from the Episodes I – III material (including pod racing) and I couldn’t be more “blah.” The only thing I’m going to be sorry I missed out on was the Rampage-in-3 dimensions Rancor mode where you can stomp and destroy to your heart’s content. Oh well.

Prototype 2 – Like the Billy Joel song goes, when it comes to Prototype 2, it’s a matter of trust. I was pretty darned excited for its precursor and playing it was a letdown, particularly since I bought it at full price. It just didn’t do it for me – it felt too formulaic, too constricted for a game that was “open world,” too full of combat options (yes, that’s possible) and as fun as smashing crap was, I didn’t think that it lived up to its pre-release hype. As a result, even though Prototype 2 is getting a lot of, “We made it even better than the first one!” press and I do love a well-executed super-hero-ish type game, my lackluster experience with Prototype has relegated its sequel to a “wait for a price drop” purchase. I know it’s not fair to judge it based on it’s predecessor, but that’s what’s happening. Sorry, Activision. (Aaron disagrees and will be your Prototype, Activision)

What will you be playing this April?