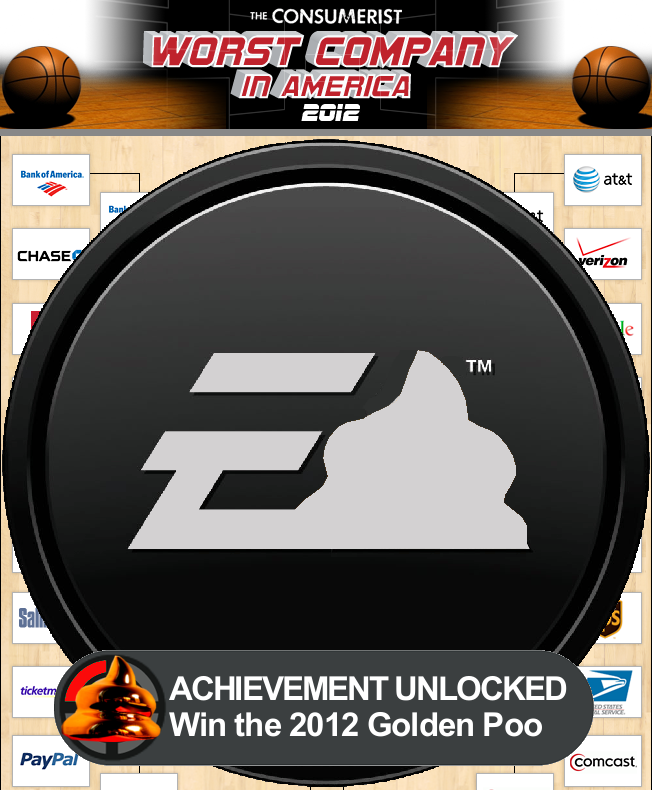 In a weird sort of symmetry with March Madness the Consumerist, an “online resource for consumer-driven advice,” had its own tournament with brackets and everything. Their brackets pitted different companies in America against each other in an online vote to see which company would come out on bottom as the worst company in America. The prize, a Golden Poo (yes, they capitalize it). Personal feelings of the details of the award aside, I think the internet got this one wrong, but hey it has been getting a lot of things wrong lately.

Did EA deserve the Poo? 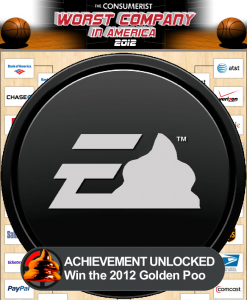 Over the past few years Electronic Arts and Activision have been in a war on two fronts. The first war has been sales numbers. Obvious battles between the Call of Duty franchise and the Battlefieldgames stand out because both series’ are in the same genre. Both companies have many other titles that don’t necessarily go head to head on store shelves but do help in the overall war. EA and Activision are the two largest video game publishers out there so it makes sense that they would also be the two most hated. It seems like over the past couple of years Activision has taken the lead in most hated company in the industry but EA came storming back in 2011 with some of the choices it made.

What has become a somewhat regular practice is the fine art of the nickel and dime method of extracting funds from customers. Along side the current generation of consoles came the advent of the downloadable content. DLC has become a common way for publishers to extract more money from the customer’s wallet by providing more content and keeping the game fresh. I personally don’t mind DLC when it is done well, but when it is clearly just a cash grab it stinks of greed. Especially when the DLC comes out broken with the claim of “oh we’ll fix it later.” That practice has got to stop or there will continue to be enraged gamers. On the other hand, there will always be enraged gamers. Just look back at the Mass Effect 3 ending situation, which just happens to be a game published by EA.

There are other reasons why EA is the most hated video game company but those reasons are minimal compared to some other companies we have in America that should have run away with the award.

There are more deserving companies

It’s amazing to me that a company that produces something as non-essential as video games would ever be at the top of the list of worst company in America. Especially when the other finalist is Bank of America. When you have a major player in the housing crisis that has affected the economy of this country the way it has lose to a video game company, something is really wrong. Or the fact that only 250,000 votes were cast out of the total internet population could paint a more realistic picture of who is actually voting.

The “power” of the screaming minority of the internet never ceases to amaze me, as their numbers are smaller than most realize. They’re the ones that are going to complain about EA or other companies and make their complaint seem larger than it actually is. Especially when it comes to tech companies. Companies such as Apple, Microsoft, EA, and Activision among others, are some of the most discussed on the internet. I’m sure there are sites out there that discuss the wrongdoings of Bank of America, oil companies, and tobacco companies but they don’t seem to be the most popular when it comes to the majority of the net denizens. That might be why these companies didn’t win (more like lose) the competition this year. 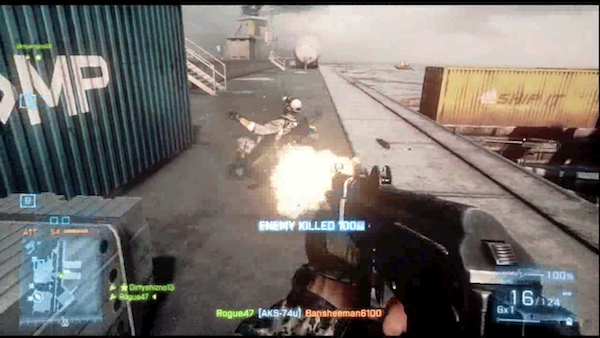 Sometimes the most hated publisher might make your favorite game.

BP did win it last year, but should have been a shoo-in due to the damage it caused in the Gulf of Mexico during the oil spill. Maybe of all the companies that were on the list this year, EA was the worst. However, I have trouble believing that a company that produces an entertainment product should ever win this award, but this is what the internet sees as a terrible disgrace. The people who vote might have not lost a house due to an adjustable mortgage rate and thus don’t care that millions of Americans defaulted on their loans. The internet is more interested on how they are getting screwed because the DLC they just bought was already on the disc instead of being created after the game was released.

I understand that this tournament is a fun way to get readers involved and have their voices heard. That’s what The Consumerist is all about. I certainly don’t hate what that site is trying to do as sites like this are a good outlet for the frustrations people have as well as being a good place to get advice on how to deal with a difficult situation. I’ve been known to spend some time on the site especially after dealing with some terrible customer service. I know that the tournament is basically a way to get more people involved and more traffic to the website but the way it is conducted and how the results are promoted is poor. Maybe the tournament should be based on the number of complaints a company received during the previous year. It would be more work than letting people just vote, but it would be a much less arbitrary way of deciding who the really is the worst company in America.