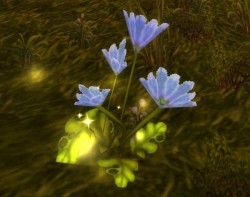 Stay the hell away from me.

As many of have noticed, they just don’t make video game heroes like they used to. It used to be simple and straightforward, but gone are the days of a hero merely walking into a castle and saving the princess. Somewhere along the way, either society started asking too much of our heroes or our heroes started losing focus. The video game heroes of today would rather pick flowers than save the world, and this floral threat is starting to spread like a vile weed.

Whatever makes you feel important

The flower picking problem started in video game worlds centered around the use of potions. After years of heroes being content with buying potions from convenient shops throughout the game world, these potions were suddenly not good enough and the player became responsible for making better potions out of ingredients from all over the world. Key to these ingredients were flowers. This seemingly harmless side task of collecting flowers to create powerful potions gained wider acceptance in games like World of Warcraft and other MMO’s where players took on jobs and specializations to differentiate themselves. In games full of countless heroes, taking on side jobs is perfectly okay since saving the world requires many types of heroes rather than just one. However, herbalists, do not confuse your role. You are a support character in these worlds, you are not the hero.

Giant game worlds full of potions are not unique to MMOs so it was only a matter of time before flower picking distracted the true heroes of video games, the singular hero with the power to change the world alone. When you are dragonborn of Skyrim, you have a destiny. Nothing should take priority over that purpose. Sure, survival skills are important, but picking flowers for potions is not a priority for you. A dragonborn is powerful and, through brute force or rightful respect, you should be able to convince any merchant or talented herbalist to support your cause. You may be the only one who can save the world, but that doesn’t mean that everyone else in the world is useless. Use your influence to keep you on task and learn to delegate the unimportant tasks before the world suffers because of your lack of organizational skills.

Do as the dragonborn says.

The same can be said of all true heroes in mystical lands. The Witchers do not even have an excuse, regardless of their connection to nature. If you are chosen to be a video game hero, you have better things to do and more means to make redundant tasks obsolete. There is no exception.

Lazy and unfocused heroes in a world that can actually make use of flowers are one thing, but there is a more troubling trend, as flower picking has recently spread to other video game genres. The epitome of ruggedness and anti-heroism belongs to the outlaws of the Old West; John Marston of Red Dead Redemption is no exception. He does the best with the cards he is dealt in order to save his family and make right with some of the terrible choices he has made in his life. John Marston unfortunately falls victim to becoming everyone’s errand boy en route to save his family. One such task had John picking flowers for a confused old man who had the flowers in his own back yard. Not only that, but John somehow tricked himself into thinking that flowers affect his survival abilities. When in reality, seeking out rare plants and flowers only served to put John in harm’s way more often than not. 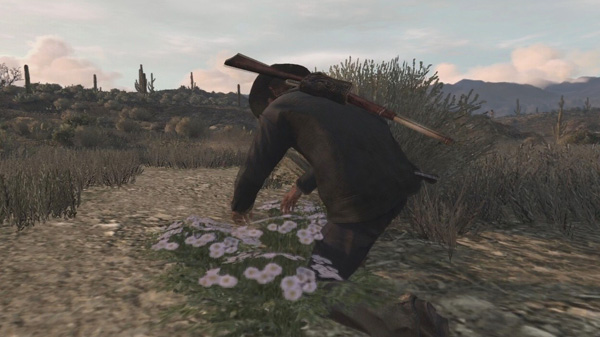 Ultimately, participating in John Marston’s flower picking exploits lowered my opinion of the man as a video game hero. I was able to rationalize a majority of John’s tasks and training missions, but if a cowboy wants to pick flowers as a hobby, just go ahead and take away his gun, hat, and horse. The rest of John’s reputation eventually outweighed his floral frolics, but the entire situation had me fearing for the other video game heroes out there.

How long before the Assassins Guild evolves its interest in real estate to include the cultivation of land? Once that happens, it isn’t hard to imagine top assassins picking up rare flowers to bring back to the garden in-between stabbing dudes in the face.

Will the Ghost of Sparta himself start to pay attention to the lands destroyed in his vengeful wake? Awakened to a new calling, Kratos puts his assault on the gods on hold to defend roses from being crushed by the feet of rambunctious children and titans alike.

Master Chief will be the victim of the most insulting t-bagging yet when he is the victim of a headshot while he bent down to smell some fresh daisies.

Do not kneel. Stand with us.

These tragedies can be averted, good gamers, if you stand with me against picking flowers in video games. Our video game heroes can be saved and their character solidified as epic if you refuse to collect the petals. The choice is yours, gamers. It is time to stand up against game designers set on humanizing our avatars with obsessive/compulsive hobbies. After all, when you save the world, you save everything, including those stupid flowers.